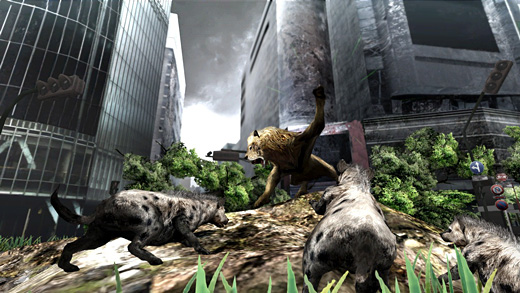 It feels like forever since last update, but that's the way life goes sometimes. I caught a sore throat right as the week started and I've been trying to sleep it off when I haven't been grinding away at the day job, so that ate up a lot of my regular time. Toss in a wife and kids to fill up the rest, and there you go.

So, in the few minutes I've got right now while I'm still relatively awake…

My 3yo son is totally into the undead right now (don't ask me why) and he was begging to play Plants vs Zombies today.  As far as zombie games go, this is probably the least graphic and inoffensive one I can think of, so I said okay.

Although he does great at action titles, he's still a little young to get a hold on strategy and forethought. Naturally, the zombies overwhelmed him pretty quickly, and he started screaming "daddy, come help me with this problem!!"

I chuckled a bit, but there was no salvaging the pickle he had gotten into. Within a few moments, one of the zombies had broken through and entered his house. The CHOMP CHOMP sound started playing (signaling his defeat) and he turned to me to say "Daddy, the zombies are inside my house and EATING MY LUNCH!!!"

For reviews, here's my Minecraft: Xbox 360 Edition review, @GC_Danny's take on the recent Devil May Cry HD collection, and @KayinAmoh's words on Legend of Grimrock.

A few other things worth checking out are this little piece on Tokyo Jungle, which is probably my most wanted game coming out of E3 right now.

You may recall that one of my favorite titles from the past few years was Epic Dungeon on XBLI (now re-titled Cursed Loot), and Eyehook Games has just released a trailer showing what they've been cooking up since then. Click here to take a look at Cursed Cosmos and get excited.

So enough links already, what have I been playing? Good question.

On iOS, mostly Cause of Death (episode collections 2, 3 & 4) which is quickly becoming one of my all-time favorites on the iPhone. The writing is sharp and the characters feel like old friends at this point.

If you're into text-style adventures and you haven't tried this one yet, you are missing out. Also, I've been putting a little time into Trainyard, and that one is certainly as good as people told me it was. It makes me feel dumb at times, but then again, all the best puzzle games do.

On the Vita (gasp!) GameFly sent me Unit 13, and I put an hour or two into that before sending it back. At its core, it really wasn't that bad but I've never been a fan of Zipper and this particular title missed the mark in a number of places. To start with, I was quite surprised that there was no character customization in the the singleplayer. The game is structured as a series of discrete missions without any story, so this would have been a perfect place to let the player play dress-up without any regard to how silly outfits can affect a dramatic arc.

The bite-sized chunks that make up each mission were a good fit for on-the-go play, but as time went on,  it was far too easy to get taken out with one or two lucky shots from enemies, and some of the checkpoints weren't as close together as I'd like. With a little more work this could have been a hot portable title, but as-is,  there's not enough here to get excited about. Shame.

Console-wise, I spent a few days suffering through Asura's Wrath on 360. I plan on doing a full review as soon as I get some time, but for right now I can say that it's the worst game I've bothered to complete in recent memory.

While some of the art design is fairly attractive, I have little praise for anything else. It's loud, obnoxious, repetitive, simplistic, runs five or six hours too long and manages to do the impossible by creating a lead character who is even more single-minded and boring than Kratos at his crankiest. The story holds no surprises and goes absolutely nowhere, and this is probably the first time in my life when I can honestly say I would have rather watched a few episodes of Dragon Ball Z than play through this puffed-up vanity project—my thumb would have been less sore and I could have been doing something more interesting and while I ignored it in the background.

Finally, I'm happy to say that I completed all the Achievements in Minecraft 360. I had to consult a few FAQs to do it, but I don't feel too bad about that… trying to complete some of these legitimately would have taken absurd amounts of time and more than a little luck. If you're working on the achievements as well, don't be afraid to start new maps which may be more conducive to certain requirements, and take advantage of the duplication glitches while you can.  I've heard they're going to be patched with the next update.

Apropos of nothing, I give you… UNDERWATER DOGS! 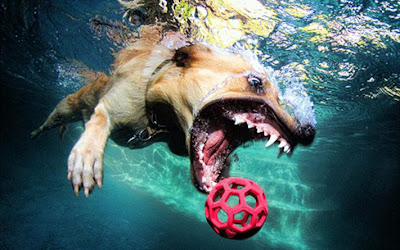 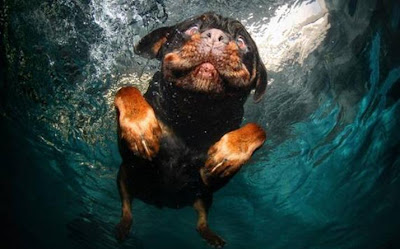 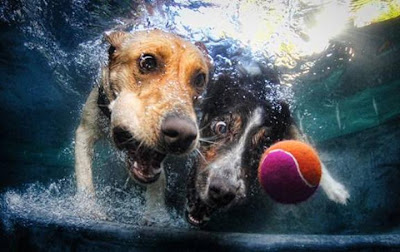