Quick update on my upcoming Urban Fantasy novel, Speaking in Forked Tongues—the publisher sent over the contract this weekend, and just as I was about to print it out and sign… my printer is out of ink. Go figure, right? Anyway, the pieces are falling into place and I'm very happy that progress is happening.

My review of Dokuro is live. I guarantee it's the best game you didn't play this year… Expect it to figure quite prominently in my year-end top ten.

Other recent pieces at GameCritics include @GC_Danny's review of Mad Max wannabe Ravaged, and @CoreyMotley's semi-epic examination of why survival horror sucks so much these days. 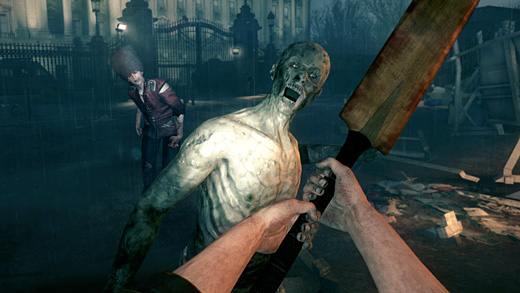 I've been asked a few times if I will be getting a Wii U, and what my plans are in regard to the system. Basically, my plans are… I have no immediate plans.

Nintendo will not be sending review hardware to GameCritics (they never send us anything!) and discretionary spending on a new console is on hold right now. Apart from that, I've looked at the release list and as far as I'm concerned, there's nothing to get excited about. Although what technically qualifies as the "release window" is a little squishy, the only things I'm even remotely interested in are Monster Hunter 3 Ultimate, ZombiU, and Pikmin 3.

I'll definitely get hardware in the house in time to play Monster Hunter next year, but I don't really see any reason to pop for it right now. Pikmin will be more Pikmin (not a bad thing, but not a system-seller, either) and ZombiU is still an unknown quantity.

So, there you have it. Unless Nintendo has a change of heart and a unit shows up on my doorstep out of the blue, don't expect any Wii U coverage from me until March at the earliest.

I'm expecting to start my new review assignments this week, but in the meantime I took a couple of days to finish the Origin of Pain DLC for Trials Evolution on XBLA.

I didn't hear a lot about it at the time it was released, but I'm glad that I didn't miss it… the addition of a BMX bike is a lot of squirrelly fun, and some of the new tracks are atmospheric and full of personality. Be warned, though… the Magic Marker Extreme level was a serious pain in the ass to complete. It was perhaps not as difficult as some previous Extremes, but that's kind of like saying hitting concrete at 200MPH is less painful than hitting it at 300MPH.

Anyway, check the above video to see how easy the track looks when a top-class player does it, and then don't even think for a second that you'll be able to do the same without days of practice and an ulcer. Me? My best finishing run was around 6 minutes and 98 crashes…

If you're in the Seattle area or will be on 11/15, Kirby Krackle will be playing a last-minute show with I Fight Dragons and MC Lars at El Corazon. Tickets are $12 in advance or $14 at the door!

Doors open at 7:30pm, the show is All-Ages, and will feature the full band!