For a change of pace tonight, I decided to read through my long-neglected stack of comics and see what was what. Here's the rundown…

Invincible, The Walking Dead, Halcyon, The Sixth Gun… These are some of my most regular reads, I've mentioned them before, and they’re all still going strong. I give all four of these books a hardcore Recommend. Just buy 'em already. 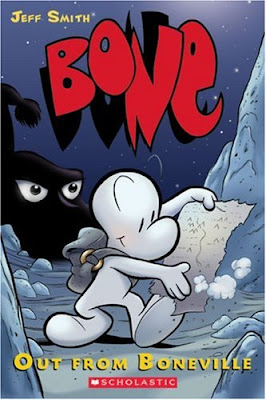 Bone. If you know anything about comics at all, it's pretty likely that you've heard about this series from Jeff Smith. It's won pretty much every award possible, has great art and characters, and is a fun read for both kids and adults. I went through large chunks of it with my oldest son and he loved it, but he would keep on reading after I put him in bed. As a result, I ended up missing out on large parts of the story. Fixing that now. Recommended. 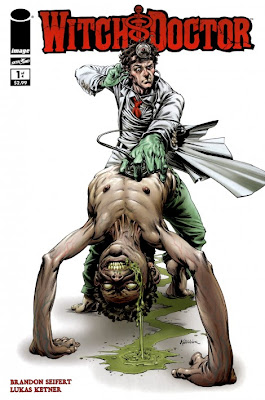 Witch Doctor #1,2. This is a really fun, really dark four-issue limited series about a doc who cures people of their supernatural ailments in brutal ways. The thing that really interested me were the fresh takes on things like vampires, fairies, and so on. The names might be the same, but the interpretations of these creatures are quite new. Recommended. 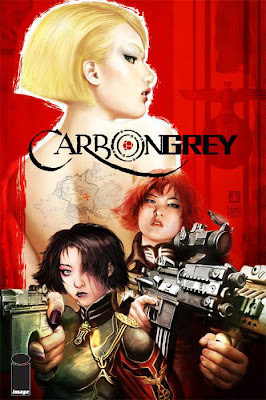 Carbon Grey #1. After asking my local comic shop guy (what up, Scott!) about this book, he tells me that it's selling like gangbusters. I asked him if he knew what the hell it was about, and he couldn't say. To be honest, I can't tell you either. I took a chance due to the stunning artwork, but after a read-through, it strikes me as all-style, no-substance. There's some nonsense about a quasi-Nazi regime, matching imagery, lots of blood, loads of half-naked women… I can't really make heads or tails of it, though. Not recommended. 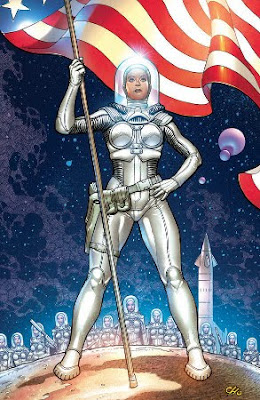 50girls50 #1. I have to say, I'm a little embarrassed that I bought this. I'm a big Frank Cho fan, so the cover and his name as a writer convinced me, but it seems like a lightweight T&A sci-fi romp with little else going for it. That might have been enough back when I was sixteen, but it's not enough to convince me to pick up the next issue. Not recommended. 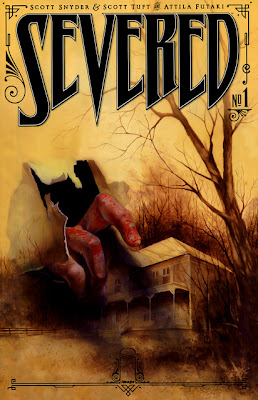 Severed #1. Out of the whole stack I read, this one impressed me the most. The artwork is moody, utilizing ashen tones and a good balance between detail and impression. This book tells the story of a boy who runs away from home to join the service during (I'm guessing) the Great Depression. At the same time, a different boy is adopted from an orphanage… unfortunately, once the boy is away from the safety of the orphanage, things don't go very well… I'm eagerly looking forward to the second issue. Recommended. 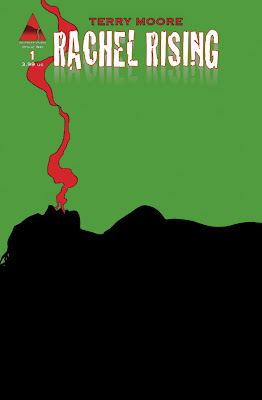 Rachel Rising #1. I've been a big Terry Moore fan ever since Strangers in Paradise, and this new series is apparently his take on a non-traditional zombie story. I love his art and he's got some of the best storytelling in the business, in terms of characters that actually display human feelings and responses. On the other hand, I have to be brutally honest and say that his work feels padded lately. As I was reading through his previous run (Echo) I often found myself waiting to read them until I had at least four or five issues in-hand since I didn't feel as though I got very much story from each issue. I still love the guy’s work, but at $4 a pop, I expect a little more substance. At this point, it's a tentative Recommended. 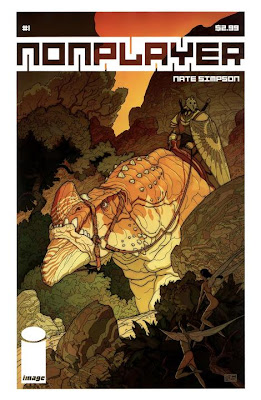 Nonplayer #1. Apparently everybody in the world had heard about this book before I did, but it's an absolutely beautiful story about people playing a futuristic MMO. The artwork is just phenomenal and the story hooked me right away. Apparently it takes the creator forever and a day to craft each issue (comic shop guy Scott tells me the plan is for one new book every six months) but if all the issues are going to be of this quality, I'm down with that. As a side note, it seems as though Hollywood has already snapped up the movie rights… impressive. Recommended. 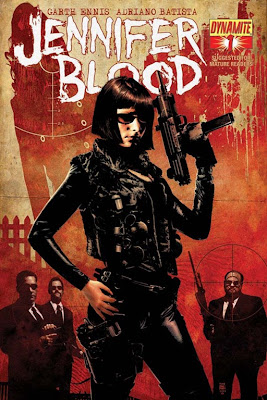 Jennifer Blood #1, 2, 3.  If you ask me who my favorite comics writer is, there's a pretty good chance that I would say Garth Ennis on any given day. However, I've been a little disappointed in this book. Telling the story of a cold-blooded assassin who masquerades as a housewife, I haven't found a lot to keep my interest. A lot of talking, some killing… nothing really stands out after three issues, so I won't be coming back for a fourth. Not recommended. 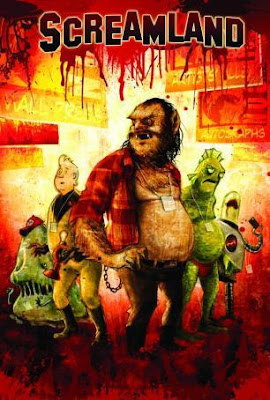 I've got a few more comics to talk about, so look for part two of my comics rundown in the next update.