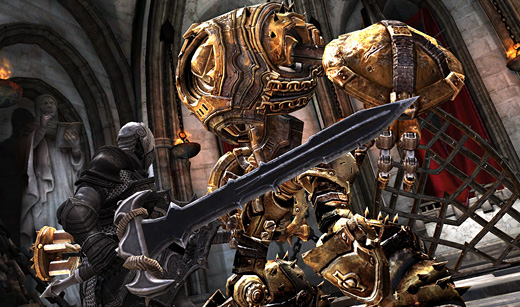 Last night on Twitter, I made a comment about shopping in the app store and apparently it wasn't nearly as clear as I thought it was. I had several replies chastising me afterwards, and I wanted to clarify what I meant to say. If you still want to chastise me after that then that's totally cool, but it seemed pretty obvious that I was not able to make my point in 140 characters.

So, I'm not really an Apple person but I finally switched to an iPhone last week and I've been spending a lot of time checking out the games and seeing what I've been missing out on. I knew that there were a ridiculous amount of titles to choose from, but finally witnessing it firsthand was overwhelming, and it didn't take long before I started formulating my own plan of attack. That, combined with my knowledge of sales, marketing and consumer habits is what led me to make the comment that I did.

Here is the actual tweet: Checking out the app store. If your game is over .99 and there's no Lite/Free version to try? PASS.

Afterwards, I understood how easily it could be interpreted in a different way (and I apologize for that) so let me clear it up right now.

What I meant (and failed to get across) is that when I'm browsing the app store, there are literally thousands of titles to look at and it's a ton of work to try and research each one if the information given in the description isn't enough. My own personal preference is that I'm happy to risk $1 on something that looks promising even if I don't know any other information about it, and I'm even happier if a developer gives me a ‘lite' or free version as a way of trying before I buy—that's awesome, and it's really smart marketing.

Personally, I'm far less likely to spend anything over .99 if I don't know any information about a particular title, if none of my friends or fellow critics have recommended it, and if there is no trial or free version. With all of the competition on the app store, my feeling is that any developer putting out an unknown game at any price point more than .99 is cutting their own throat if they don't throw consumers a bone.

I'd also like to clarify that I have no problem paying more than .99 for a game as long as it's got a good reputation or strong word-of-mouth from people that I trust. I wasn't trying to say that every game should be .99 or free, it was more meant to comment on what I see (consumer-wise) as the optimal way to appeal towards potential customers.

I hope that clarifies my position and I again apologize for being murkier than I should have been. I guess there are certain statements that just can't be made in the length of one tweet.

My good friends over at Spikysnail wanted to let people know that The Splatters is still coming, and that they've got a new video to show off. I played the game at last year's PAX and I had a blast with it, so although it may not be on everyone's radar at the moment, it's definitely one to watch for. It hits XBLA on April 11, and you can see that video here.

I'm not going to say a damn thing about Mass Effect 3's ending right for several reasons, but one of my Twitter followers sent along this chart showing the different locations of Assets to collect in the galaxy, and I thought it was a totally awesome timesaver. If you're still playing the game and working towards winning your war, you may find this map quite useful. WARNING: very mild spoilers, so look at your own risk.

Just a quick word on I Am Alive, the post-apocalyptic survival/platformer that was released on XBLA and immediately overshadowed by GDC and ME3. It's a real shame since the game has a lot of really, really interesting stuff going on and the content is so stark and mature that it's like the world's most serious boot kicking you in the gut.

I haven't had as much time to play it as I would have liked (currently, I'm guessing I'm about halfway or so) but I certainly think anyone interested in games criticism owes it to themselves to check it out and see what it has to say. More to come on this later. 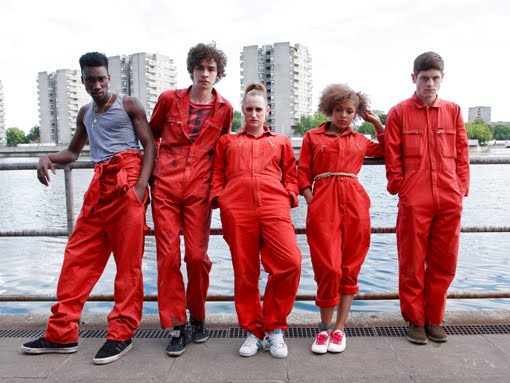 The wife and I have been watching Misfits, and we're currently in the middle of Season three. I've mentioned the show here at the blog and on Twitter before, but it's such a fantastic program that I think it's worth mentioning again. If you haven't seen it, you are genuinely missing out.

What we think it makes it so great is that despite being a show about people who have special abilities, it's such a character-driven piece, and the writers are doing extremely solid work with each face on the show. Everyone has depth, personality and motivation, and even more oppressive, not writers have managed to avoid many of the traps and pitfalls that kill other fantasy/sci-fi shows like this one. The biggest example I can think of is how Heroes started so incredibly strong and then exploded into a giant fireball of stupidity and terrible writing. It would have been very easy for Misfits to follow that path, yet it never has.

For example, the subject of time travel came up early on, but the writers moved on after exploring it and didn't use it as a crutch. Although super powers and special abilities come into play often, the scripts aren't based on them—more often, the shows are about some trouble that results from a misuse of power, and how the characters respond as people. I also admire the restraint shown by not fiddling with powers too often. There was one major shakeup, but the show stayed strong afterwards and kept building on the characters rather than obsessing about the powers themselves. I also love that the show doesn't need a giant ‘big bad' each season, and that the characters don't spend any time at all wondering about where their powers came from. They have them, they accept them, and the show moves on.

I'm trying not to spoil anything for those who haven't seen the show yet, but take it from me—if you're a fan of character-driven superhero/fantasy/sci-fi then you need to locate these episodes, make some popcorn, and dedicate an evening or two. You won't be sorry.

The other night the wife and I were talking about how bad Doctor Who has gotten over the last two years, and how much we had enjoyed it previously. One thing that keeps popping up is that we both think the show would have been stronger if Amy Pond hadn't been turned into its focus the entire time… honestly, we are both bigger fans of Rory and were disappointed that he never played a bigger role in the show.

We often talk about how the show could have been better, and the idea of Amy getting killed over the course of their adventures keeps popping up. Not to be grim or anything, but I mean, think about it—how interesting would it have been if Amy had died at some point, and the Doctor and Rory had been left in the aftermath? It would have provided so much opportunity to explore sorrow and loss on a human scale, as well as how it would relate to being a Time Lord. The Doctor could have changed the current formula by having a male companion for a fresh dynamic, and how many situations could have emerged to cause reflection on their new relationship?

Just a thought as to what might have been… in any event, I do sincerely hope that Pond leaves the show as soon as possible, and that the writers get back to doing the kind of stuff that they did for the Eccleston and Tennant seasons. Smith is a great Doctor in my opinion, but the material he's been given just isn't up to snuff.

Just good timing actually, I had no idea they had already announced a new actress at the time that I wrote this piece!

Re Dr. Who: Are you commenting on the fact they just announced the actress who will play the new companion, or was that just synchronicity?