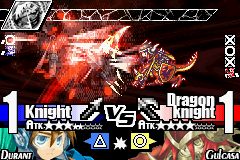 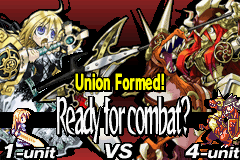 Parents really don't have anything to worry about. Given that the adventure is on the Game Boy Advance, the hardware itself limits how explicit the graphics are, not to mention the fact that the standard swordplay is never gory or gruesome. Some of the costumes worn by female characters show a little skin, but my feeling is that calling it "partial nudity" is stretching it a bit, and alcohol is a non-issue. The game mechanics can be complex and it does require a rather high reading ability, but there wasn't anything here that I wouldn't let my own son see.

Strategy-RPG gamers, this game is a must-have and is sure to be a hot item on eBay in the near future. Do yourself a favor and track it down now—not only will you be getting a top-quality experience in a genre not known for its dense population, you'll be saving yourself the hassle and heartache of paying an obscene amount of money later.

Deaf and Hard of Hearing gamers will have no problems. There is no audible speech, and the game's sound effects don't play an important role. All communication takes place onscreen via text, and all important information is shown visually. It's completely accessible, so by it without any reservations.