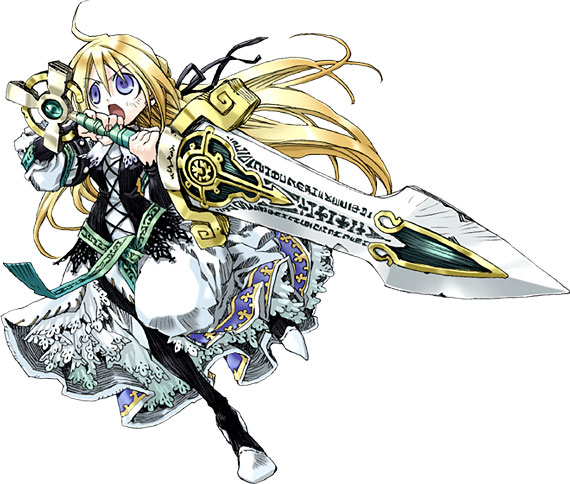 These days it seems like every ten seconds or so, there's a new release worthy of attention arriving for the immortal, unstoppable Game Boy. Given that the Microsoft Xbox 360, Nintendo Wii, and Sony PlayStation 3 have launched and are available (well, theoretically available, anyway), I find it extremely ironic that the system I'm spending the most time with is also the oldest, weakest, and most archaic. I guess it goes to show that tight design trumps processing power, infinite polygons, and limitless memory every time.

Yggdra Union from superb developer Sting could be described as the lovechild of the Saturn's seminal Dragon Force and the super-popular Advance Wars series, but to leave it at that would be doing both game and developers a disservice. Not only has Sting captured the essence of what makes those two games great, they've added their own unique spin to create something freshly original while being familiar enough for fans of the genre to jump right in. Suffice it to say, Sting has shown a formidable knack for not only creating solid games, but solid games that are able to leave their own unique mark. (See Riviera on the GameBoy Advance for further information.) 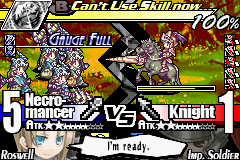 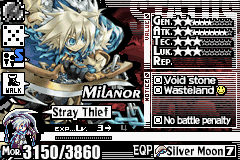 Detailing young princess Yggdra's quest to recapture her kingdom and drive off the malevolent invaders responsible, Yggdra Union tells a decent enough story. It's nothing new, but it's well-done and offers a few chuckle-worthy moments and rare bits of insight towards the end of the adventure. Rather than employing the generic archetypes that usually populate strategy-RPGs, Sting chose to go with a stable cast of clearly-defined characters. This approach is easily my favorite, not only giving players a chance to get to know the faces and develop attachment over the course of the 40-odd hours it takes to see credits roll, but it also limits choices in party composition to encourage more tactical thinking.

Based on the traditional "weapons triangle" hierarchy (sword beats axe, axe beats lance, lance beats sword) each battlefield has a limit on the number of characters that can be included. With a little study beforehand and a little trial and error afterwards, it becomes clear that choosing the right teammates and exercising caution wins the day. Although this type of gameplay can be found in any number of strategy-RPG titles, Sting's added twists are twofold: magical cards and the titular unions.

Acquired through story events or by searching them out, the game's magical cards serve multiple functions at once. Not only do they imbue special attacks or effects when used properly, they also help determine how much damage is dealt to enemies, as well as limit how long each battle can last. Run out of cards and the day is lost, regardless of which side was dominating the battlefield. 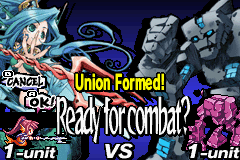 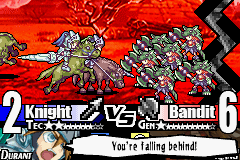 Although I'm personally a great fan of card-based fantasy games, the system in Yggdra Union shows more promise than it actually delivers on. Many of the cards are quite limited in functionality, with certain conditions that must be met before use. I tended to choose the same five or six cards over and over because they were applicable in many situations, giving the most flexibility. If the developers had loosened up the rules governing how these cards were used and made them more useful in general circumstances, this mechanic alone would have hit the game out of the park. The other addition, the unions, is just as original but more successful than the cards.

In stark contrast to other games of its ilk, Yggdra Union only permits one character to attack each turn. Although it seems grossly unfair when faced with steep opposition, "unions" are specific formations that can easily even the odds or turn the tide. By placing characters along certain lines (vertical and horizontal for females, diagonal for males) it's possible to have every ally on the field take part in a massive melee. More than any other factor, effectively utilizing these unions through a mix of careful observation and mental calculation will turn certain defeat into ringing victory.

Yggdra Union is actually quite a package, when all is said and done. It's no easy feat to invigorate a genre that has remained fairly set in its ways for the last few generations, let alone do it with the imagination and energy present here. Take into account that Sting has worked their magic on the Game Boy Advance, and their achievement is even more impressive. Although there are a few rough edges like the card system taking a few missteps or having to re-do a long chapter due to a last-minute loss at the end, it's impossible to deny that the people behind Yggdra Union are extremely talented and infuse an amazing amount of heart and passion into what they do. Regardless of what their next project is, I'll be the first in line—no questions asked. Rating: 8.5 out of 10