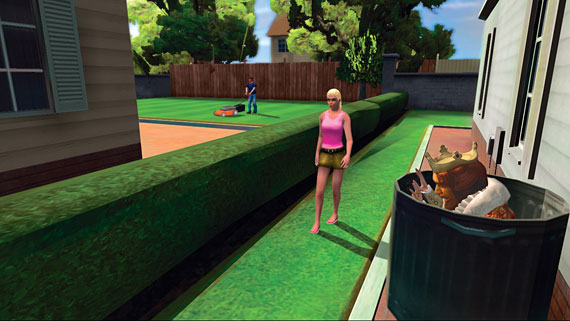 Although there is no violence, no questionable language, and no sexual content, parents should (obviously) be aware that the game is chock-full of beat-you-over-the-head Burger King advertising. It's not subtle, it's not subliminal, and there's absolutely no mistaking that the game is one long commercial for fast food. That said, the play is strangely hypnotic and is actually very appropriate for younger children with its ultimate simplicity. I'm not sure that I would let my son play it, but he could.

Stealth gamers might want to check this out because it's probably the most absurd, ridiculous interpretation of the stealth genre that could ever exist. It's not going to keep anyone interested for more than an hour or two, but I actually think it's a great conversation piece and an intriguing bookend next to Splinter Cell and Metal Gear Solid.

Deaf and Hard of Hearing gamers should be aware that the cut-scenes between levels have speech without any text, and there are no options for subtitles. Besides that, the game is totally accessible since there are text prompts before all of the missions, and there are no significant auditory cues during gameplay.