The subject of this installment: Astroneer, developed and published by System Era Softworks, and available in early access on both PC and Xbox One. 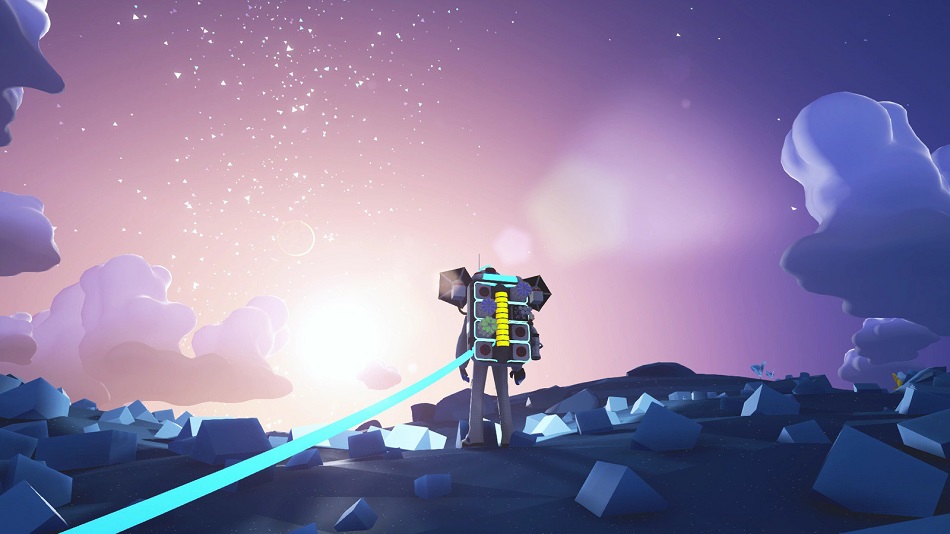 A week ago, if someone told me, “A game involving no instructions, no hints and an intergalactic leaf blower will become a favorite” I would have called that person a liar, and rightfully so. But, despite being in a rougher-than-sandpaper pre-alpha stage, Astroneer is shaping up to be a challenging, engaging exploration title with just enough of a narrative thread to make gamers stick with it.

The premise is simple: harvest and build. The initial environment is chock-full of different materials and items to help players craft, break down and repurpose. Whether it’s used to build a shelter, power a vehicle, or even smelted for re-use in other forms, Astroneer encourages (and often requires) countless ways to create. 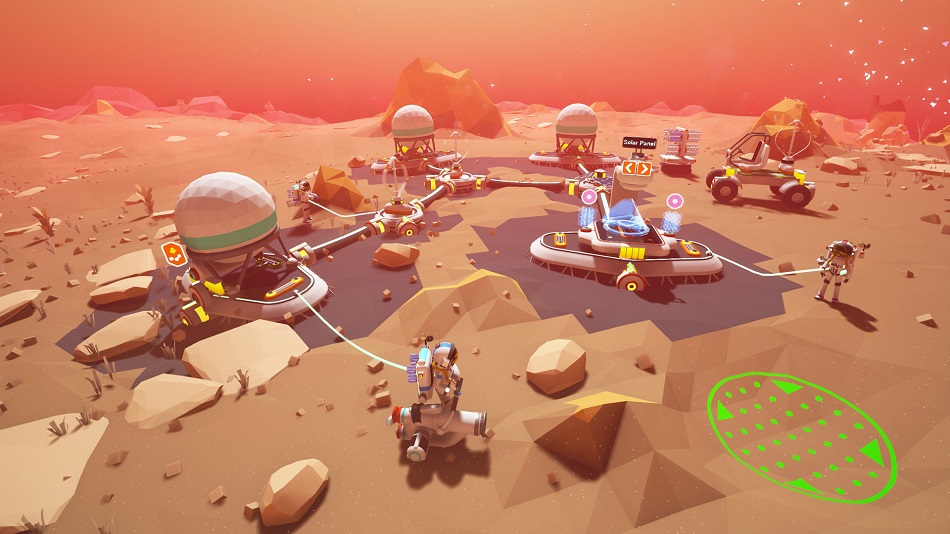 This harvesting is done through the game’s unique tool of choice – a suitably space-age leaf blower. Okay, maybe it’s not that tool exactly, but it’s hard not to think of the neighbors’ gardener when the nameless protagonist is using a NASA Briggs & Stratton to hollow out burrows of terrain, suck up the goods, and then move the soil elsewhere after the loot is obtained. Powerful tool, funny visual.

By the time an environment seems barren of resources, there are always a few more lying around. In fact, it almost seems triggered. However, the entire world is procedurally generated, ensuring no players get the exact same experience.

Outside of gathering, gameplay is almost entirely centered on exploration and discovery. There’s a strangely soothing sense of calm that comes from playing Astroneer. The lack of imminent danger (other than the occasional lack of oxygen) allows gamers to explore freely and try things that would be too risky if they also had to worry about dodging monsters, gunfire or ticking clocks. This peaceful freedom is almost hypnotic, in a way. 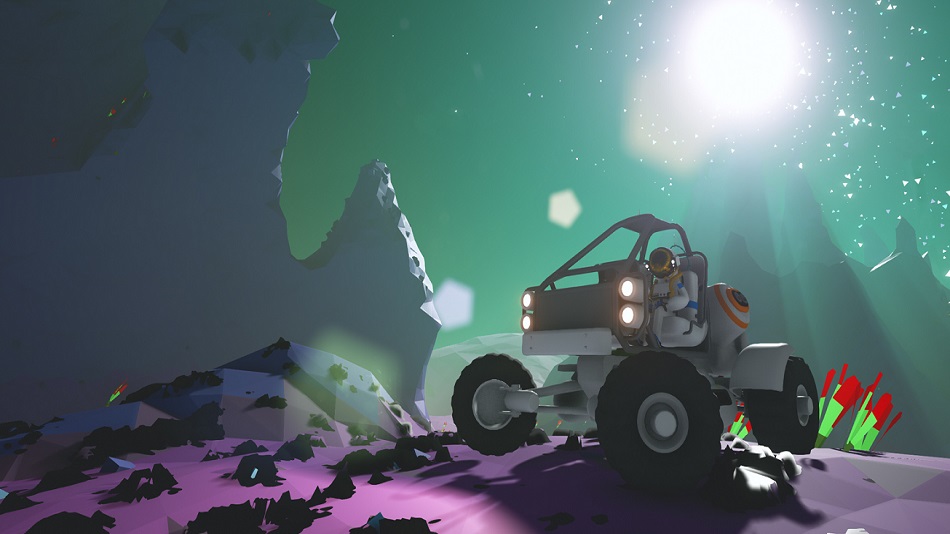 That’s not to say there isn’t challenge to be had. The lack of instructions and minimal hand-holding means Astroneer isn’t going to be a “pick up and play” option for players more used to the structure of traditional shooters or adventure titles. In fact, the first ten minutes of the game were absolutely infuriating – almost to the point of violent gamepad launching – until that distinct “aha” moment when it all clicked for me, and the solutions became apparent.

Technically, Astroneer isn’t a marvel, but it really doesn’t need to push the Xbox One hardware to be enjoyable. Its unique premise, art style and simple controls mean there’s plenty of enjoyment to be had, even for casual players. However, those willing to dedicate hours into Astroneer‘s exploration and crafting will reap the most reward. The developers did a good job of dangling just enough “carrots” of potential to keep them engaged, and if they continue along this track, it’s only going to get better.

Though I’m only on my first planet, I’ve already achieved quite a bit from this pre-alpha test title. There are a few patchy sections and a few bugs to overlook, but I’m extremely confident that Astroneer will continue growing into the deep, outside-the-box space exploration title it has already shown the beginnings of being.

This is an interesting one for sure. I’m still holding out hope for an exploration/crafting game that I can actually get on with; Minecraft didn’t do anything for me, and the more guided Dragon Quest Builders is languishing on my hard drive with just a few hours play. I’ve tried a few, but the only game that has really shone for me in Early Access so far is The Long Dark – I played it in 2015 and it’s still waiting for its Campaign mode. It was great all the same, and I have the same feeling/hunch about Astroneer, but… Read more »

Hey Pedro, Astroneer was fun for 4 hours and then after running out of things to build it gets boring quick. Il be sure to check out The Long Dark, from the pictures it looks like it could be fun but not sure I would stay entertained without anything to kill 😀