Gamers Will Need A Drink, Alright… 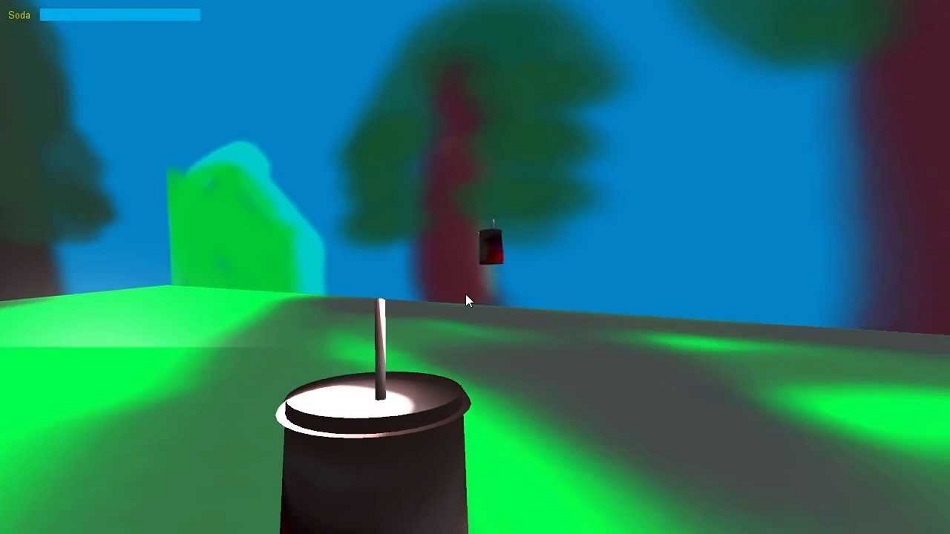 LOW   This “game” does nothing to advance the cause for independent Xbox game development.

WTF  Why didn’t the devs have more confidence in Vivian Clark?

Clearly, I’ve angered the editor of GameCritics. Sure, I’ve had some bad games to review these last few months, but at least those were actual, thought-out games worthy of examination. Soda Drinker Pro is a relevant game in the same way Tito is a relevant Jackson.

Based on a title from 2008 and labeled the “premier software in the first-person soda drinking genre,” Soda Drinker Pro is a self-aware parody, a poor WarioWare clone, and a surprisingly accurate Amiga tech demo, all wrapped up in one package. Unfortunately, at no point is it ever a cohesive, sensical experience. Worse, it never comes anywhere close to being entertaining, no matter how many times it knowingly nudges and winks in the user’s direction.

Soda Drinker Pro’s gameplay is about as simple as it gets. Players control a faceless entity and experience first-person soda consumption throughout a variety of poorly-drawn locales. These include beaches, outer space, and – my favorite – drinking a frosty beverage on a pixelated human butt. Frankly though, given the poor quality of the art, all three locales could have been a human butt.

In each level, the player wanders the environment collecting and drinking soda. There are occasionally secrets to be found, which typically come in the form of random cubes (I’m supposing it’s ice?) and more soda. The reward for thorough exploration? Nothing. The developers’ tongues remain firmly lodged in their cheeks, and those bored enough to see this mess to the end will simply walk away frustrated.

This masochistic game design repeats for 100+ brief, boring, and sinfully ugly stages until the player is done… And that’s it.

Although to be accurate, that’s it unless gamers stumble across Vivian Clark. The gang at Snowrunner Productions fancy themselves comic geniuses because, in the game’s most unique (and perhaps only) flash of creativity, the developers threw in an easter egg that shifts the entire Soda Drinker Pro experience.

Without spoiling too much, early in the game players are presented with a choice. Option A leads them to soda-drinking utopia. Option B introduces them to the oddly-named Vivian Clark —  it’s a mini-game within a mini game, comprised entirely of mini-games. 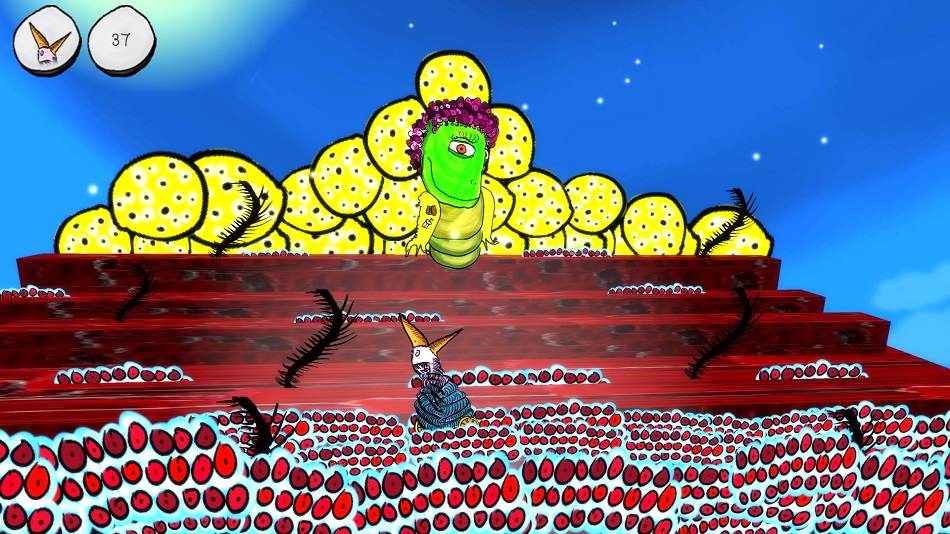 Once this section begins, players will begin to realize that Vivian Clark (and not drinking soda) was the intended experience all along. Though these WarioWare-esque mini-games are no less crudely animated, nor do they offer much challenge, at least they add a little variety to the proceedings.

That said, there’s no way to describe Vivian Clark other than effing weird. These mini-games are akin to an evening with peyote and Kanye West, topped off with a high fever. But there’s a narrative! Apparently, between roller skating as a watermelon or playing as a giant hand shooting fingers at objects, there’s some story progression lurking beneath the surface… I think?

Despite this weirdness, it seems odd that the developers weren’t more confident in the hidden game, and instead chose to wrap it within the soda drinking nonsense. While Vivian Clark won’t make anyone forget Braid or Limbo, it at least showcased a bit of skill and effort. Some may argue, but I see it as a missed opportunity.

It’s also strange to me how the game’s achievements seem more focused on the ludicrous soda-drinking façade than they do on the more worthwhile the game-within-a-game. It’s a stupidly easy checklist that puts Soda Drinker Pro in the Avatar: TLA echelon of game shame, and doesn’t reward users for completing the portions that required skill.

Because I’ve been accused of being too negative in the past, I now try to make at least one positive comment per review. For Soda Drinker Pro, I will say that the controls are accurate and precise. At no point did I ever feel that I couldn’t control my soda, nor was simultaneously walking and drinking a concern.

I have to admit, while playing Soda Drinker Pro I began to wonder if this lunacy was actually veiled commentary about indie titles as a whole. Was a frustrated developer laughing at gamers when making this? Were they saying, “These sheep will buy anything, as long as it’s ‘indie’ and different-looking?” Perhaps this was a brilliant meta-commentary, pointing fingers at studios responsible for so much swill in the overpopulated Xbox Live Marketplace?

…But no. Soda Drinker Pro is just a weird project by a weird guy, who somehow got people to pay for his inside joke. A little research shows this title was created in one day by someone who – wait for it – wanted a soda. Me? I just wanted to turn it off and walk away from it forever. Rating: 2 out of 10

Disclosures: This game is published and developed by Snowrunner Games. It is currently available on Xbox One, Steam and Android OS. This copy of the game was obtained via publisher and reviewed on the Xbox One.  Approximately 2 hours of play were devoted to the single-player mode, and the game was completed. There are no multiplayer modes.

Parents: According to the ESRB, this game is rated E and contains nothing objectionable, save for excessive amounts of sugar and outright weirdness.

Deaf & Hard of Hearing Gamers: The game’s audio is minimal, and on-screen cues are all the gamer needs, making it perfectly playable for those who are deaf or hard-of-hearing.