The End Of An Era, And The Start Of Something Bigger 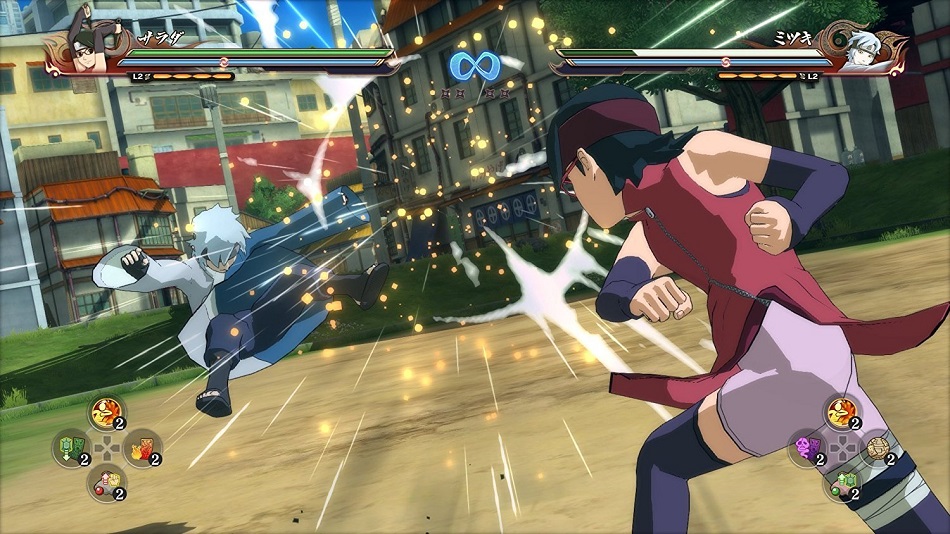 HIGH Easy to pick up and play, even for newcomers.

WTF To the people who named this game — hire an editor!

It seems like only yesterday I was checking out the “original” Naruto Shippuden: Ultimate Ninja Storm 4, the final chapter in the wildly successful anime fighting series. For readers that didn’t catch that one, they should go read that review – don’t worry, this one will be here waiting.

Those who did read it might remember that I praised the game on multiple levels. Not just for its smooth, engaging play, but also for how welcoming it was to all types of audiences without dumbing down its source material. Fans of the series could dive in and enjoy familiar sights and experiences, while anime newbies could quickly learn the storyline and piece together a cohesive narrative. More importantly, fighting game first-timers could either mash buttons or learn the deceptively deep control schemes and have an equally enjoyable time either way.

I’m happy to say the same is true for the latest addition in the series, Naruto Shippuden: Ultimate Ninja Storm 4 – Road to Boruto. Though the new material (based on the popular Boruto: Naruto film) is available as DLC for owners of the original, this standalone package offers tremendous value for those who haven’t yet taken the plunge.

… and the likely reason people are reading this… 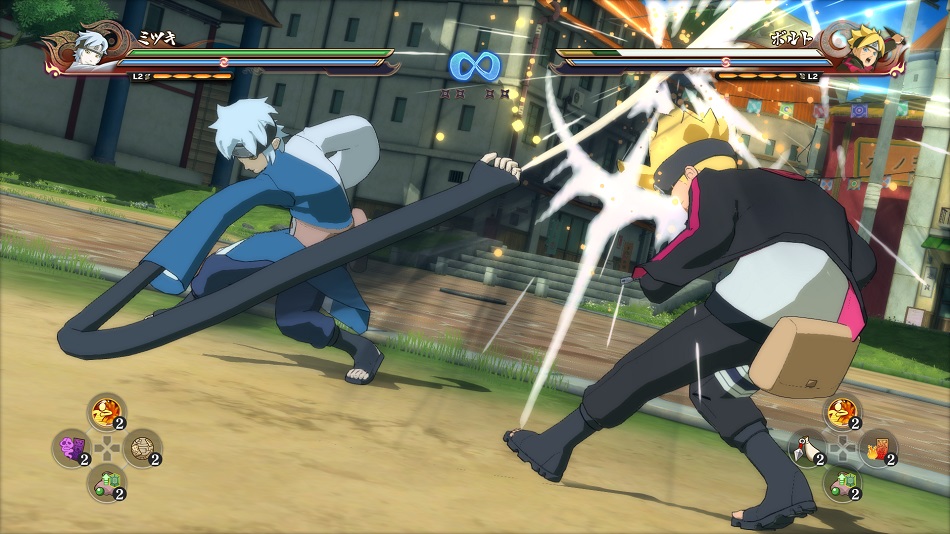 Since I’ve already reviewed the core game, this new DLC is going to get rest of the ink on this page.

With a fully fleshed-out adventure mode, new sidequests, online battle modes, and some nice fanservice, Road to Boruto is just a hair shy of functioning as a standalone title. But as an add-on, it’s a deep, involved experience that closes out this chapter of the Naruto saga nicely while setting the table for what’s next.

Road to Boruto is, for all intents and purposes, a transitional story for the series. It sees the arc move well into the future, wrapping up the Ultimate Ninja Storm story, while introducing Boruto, Naruto’s son, alongside a new set of characters. Clearly, this will lead to new titles and stories down the road. But, rather than take the easy route and replicating his father’s journey, Boruto is a different type of character. Bratty, whiny, and sullen from the start, Boruto’s tale is one of growth and maturation. That said, it doesn’t take long for him to grow up – the DLC takes about ten hours to complete in full, though the character development is strong, well-paced and never feels rushed.

While fans of the series won’t find much new from the story (it’s already been told through the movie) there are some sidestory nuances and fanservice that will be appreciated by aficionados. Technically, the devs didn’t want to change anything in their successful fighting formula, so both newcomers and Naruto experts will find plenty to enjoy in the adventure and head-to-head modes.

The control scheme allows for huge combo strings and special moves using relatively few buttons. Mashing the attack button will certainly allow for victory, but like the main game, Road to Boruto has hidden depth that allows fighting vets to discover some truly powerful and visually amazing attacks. The choice is left to the player, but regardless of approach the story will progress without much frustration or extreme challenge.

Online, the game has fixed my primary complaint about the original title — imbalanced, inconsistent online matchmaking. In the updated edition, I found myself fighting more competitively, with fewer experts owning me from the outset. Oh, I still saw plenty of loading screens, but usually because of something I did, rather than the result of poor matchmaking algorithms. Additionally, online modes seem to be snappier and faster to load than the original. It wasn’t a huge improvement, but it was noticeable.

Perhaps the only disappointment in this collection comes from the additions to the character list. While the new options include relevant faces fresh from the Boruto saga and older versions of fan favorites, there are no distinct advantages or changes to them that justify their inclusion, other than to align with the story. To be fair, I suppose there are only so many ways to uniquely jump, punch, kick and attack, but there is a “been there, done that” feeling to the hundred-strong roster – one that will likely be rectified when the Boruto series inevitably continues next year.

In many ways, this is a tough title to review. I have to assume this is a title most anime lovers already own, so when viewed as a standalone product, there isn’t enough new here to recommend a second purchase, even for ardent devotees. However, any fighting fans or ninja enthusiasts who let it slip by last year should consider this enhanced version of Naruto Shippuden: Ultimate Ninja Storm 4 – Road to Boruto to be the definitive edition. Rating: 8 out of 10

Disclosures: This game was obtained via publisher and reviewed on the Xbox One. Approximately 7 hours of play were devoted to the single-player mode, and it was not completed. Another 2 hours were devoted to online play.

Parents: This is an adventure/fighting game in which players engage in one-on-one and group battles against characters in the Naruto Shippuden franchise. Some sequences depict blood-splatter effects as players defeat ninjas and/or attack giant enemy creatures with swords. Cut-scenes depict additional acts of violence.

Deaf & Hard of Hearing: There are subtitle options, so gamers who are deaf or hard of hearing can easily follow the storyline and on-screen instructions. There’s nothing here that would prevent Deaf and hard-of-hearing gamers from enjoying the game in full.