A Melodramatic Return To Form 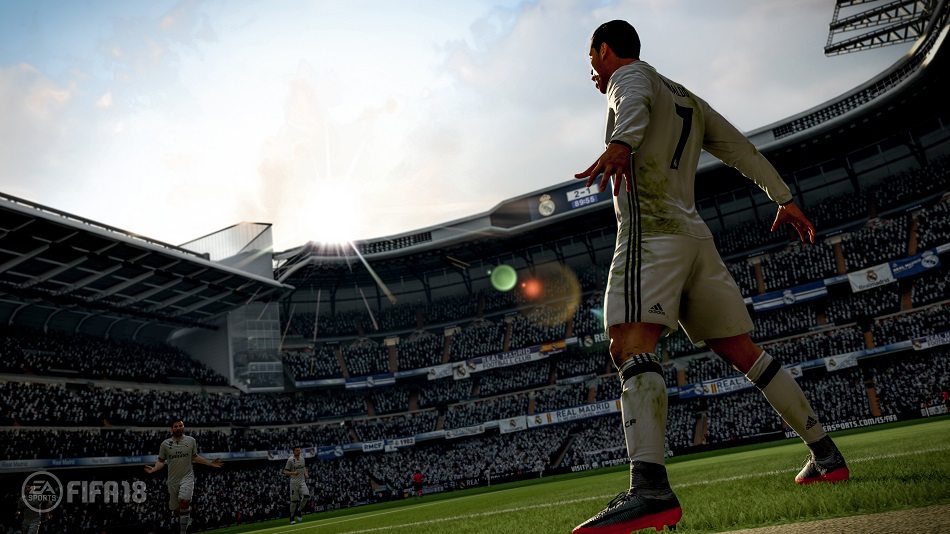 HIGH The gameplay is both speedier and more grounded in physics.

LOW The Journey has already jumped the shark.

WTF Floating corner kick reticles are evil and must be punished.

Last season, FIFA 17 was the definition of highs and lows in sports gaming. On one hand, EA’s first stab at a story mode was a bona fide winner, balancing player development with story arcs, and just enough schmaltz to keep players engaged with the characters. On the other hand, the gameplay was bogged down by overdone animations, laughable AI and some quirky physics – odd from a series so rooted in realism.

This year’s edition, FIFA 18, is a welcome recovery for a series that has teetered a bit in recent years, especially in the wake of the resurgent Pro Evolution Soccer franchise. It’s far from perfect, but – save for the ham-fisted Journey sequel – sets the groundwork for more a more balanced, realistic experience in the years to come.

When firing up the game, players will notice two things. First, no series captures the pageantry of professional sport better than FIFA. Where NBA 2K astutely recreates the streetwise aesthetic of the basketball lifestyle and Madden nails the overblown commercialism of the NFL, FIFA 18 deftly balances on-field controls, team management and stadium atmosphere to create a deep, enjoyable experience.

The second thing gamers will notice is how much more realistic on-field player movement is, both for the user and the AI characters. In previous editions, non-active players tended to float in specific areas until your actions made them react accordingly, filling lanes and supporting on defense. In FIFA 18, non-player characters seem much more aware of developing situations and help create them, even if gamers are simply spamming the through-pass button to create easy shot attempts.

Another nice gameplay addition is how much more accurate the physics are. No longer does the ball feel too leaden, nor do canned animations temporarily restrict player controls. Now, FIFA plays like a ties-to-tails simulation, with control over every pass, shot and off-ball movement. Changes in direction and deft footwork are left to the player and the player alone, with no predetermined movements to remove gamers from the moments they create. 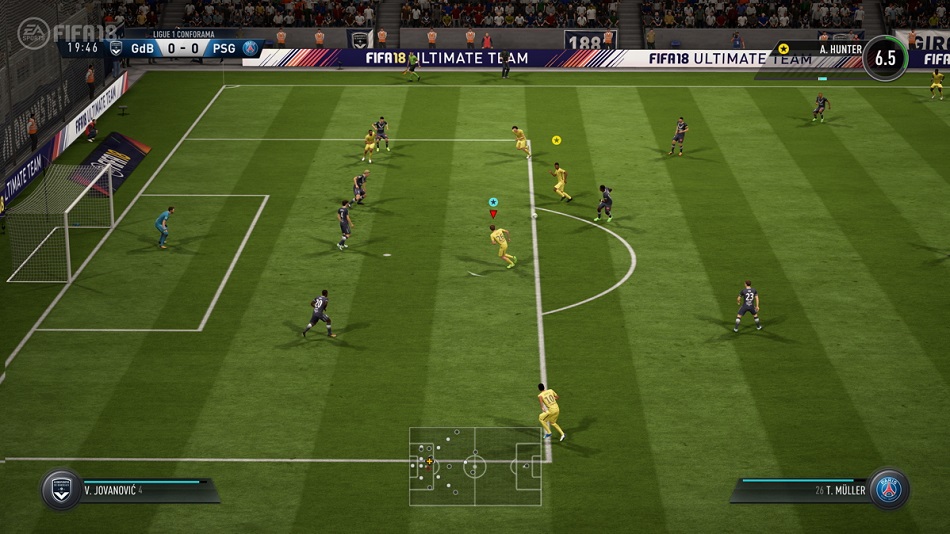 This season, The Journey comes to a screeching, melodramatic halt. While the basic structure of the mode remains intact, this season takes a sharp turn toward corny narratives and tired sports movie clichés that remove much of the focus from Alex Hunter, and more on those around him – including some godawful cameos from actual football stars that destroy any gravitas the story tries to create.

While The Journey’s intent is still to tell a story, decisions seem less important, with scripted cutscenes seemingly unaffected by Hunter’s choices. Many who enjoyed the original might enjoy Hunter’s return, but my guess is that just as many will tire of the off-field soap opera quicker than expected.

This season’s other key update is the expanded Career Mode, which puts more power in the hands of the player as team manager. Player scouting and contract negotiations are much deeper, and results can often be unexpected, creating more tension and urgency than any cutscene ever could.

Other modes, such as the much-vaunted FIFA Ultimate Team continue to tread the same course as they always have – which is to say they remain as enjoyable or disposable as ever, depending on preference. That said, FIFA 18 does a good job welcoming newcomers, with ample, well-constructed tutorials and video sequences that properly acclimate people to the nuances of the modes.

One notable addition is Squad Battles, which allows users to compete offline against teams built around actual online player behaviors, better preparing multiplayer newbies for the differences between off- and online play, while giving them a chance to climb leaderboards through their successes. Since these AI teams continually get updated based on Ultimate Team performances, it’s never the same competition twice, giving FIFA 18 a tremendous amount of replay value, even offline.

In the end, FIFA 18 isn’t a tremendous, leaps-and-bounds improvement over FIFA 17, but EA Canada did fix what matters most — the on-field gameplay. While the other modes either stay the course or take a melodramatic dip downward, ultimately FIFA 18 shows that EA Sports is aware of the competition breathing down its neck, and is willing to make the changes necessary changes to regain the throne. Rating: 7.5 out of 10

Disclosures: This game is developed by EA Canada and published by EA Sports. It is currently available on PlayStation 4, Xbox One, PlayStation 3, Xbox 360, PC, and Nintendo Switch. This copy of the game was obtained via publisher and reviewed on the Xbox One. Approximately 10 hours of play were devoted to the single-player mode, and the game was completed. Approximately 4 hours of play were spent in multiplayer modes.

Parents: According to the ESRB, this game is rated E. This is a soccer simulation game in which players engage in realistic matches with teams across international leagues. Players can practice penalty kicks, assign on-field strategies, and participate in a variety of game modes to improve their soccer skills.

Deaf & Hard of Hearing Gamers: FIFA 18’s core gameplay is fully accessible for gamers who are deaf or hard of hearing. Tactile controller feedback accurately indicates onscreen contact, and The Journey features subtitles for all narrative sections. Menus and tutorials are also well-explained through onscreen text.

Remappable Controls: While there are several pre-configured control schemes, the game’s controls are not remappable.