Poetry in Motion, but More Limited than Haiku 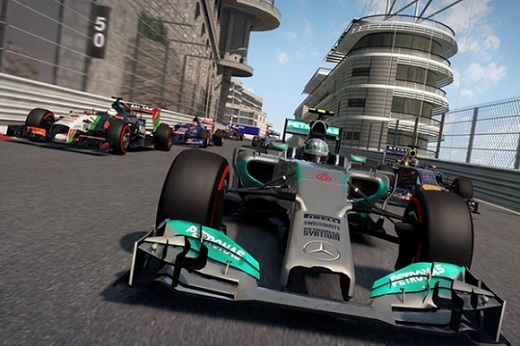 HIGH The look and feel of the driving

LOW The lack of customization and personality

WTF Limited modes make this seem like a budget title

Maybe I'm a little spoiled by the sheer amount of content in modern racing games, but I generally expect more for $60 than a technically sound, bare-bones racer. Unfortunately, that's exactly what gamers get with F1 2015.

I'm getting ahead of myself, though. Let's backtrack.

While Formula One games always seemed to limp out of pole position compared to the content-heavy Forzas and Gran Turismos of the world, the past few console generations sported several top-quality F1 simulations with premier drivers, authentic locales, and an uncluttered sense of speed.

Something funny happened since then, though—games became more immersive. In 2015, taking a core engine, a few licensed faces and a paltry selection of modes isn't just lackluster game design, but an outright crime against gamers who pay full price.

In terms of content depth, F1 is relatively threadbare. Want an immersive career mode? None to be found. Enjoy classic cars and historic races? Wrong game.

Instead, F1 2015 gives users a limited selection of options. The standard time trials are simple, enjoyable races, tunable for both beginners and experts. This accessibility includes the helpful Flashback system which allows less-skilled racers to "rewind" to avoid ruining an entire race because of one mistake. It's more arcade-like than purists might want, but came in handy several times during this review.

Championship Seasons is a fairly customizable way to experience actual F1 events and learn the game's courses. Select a driver, choose a season, and it's off to the races. Here, users can tweak the mode to their liking, simulating any portion to shorten otherwise lengthy events. It's in this mode where I found myself most appreciating the game's complex control scheme and subtle nuances like track wear, car degradation, and mastery of the sensitive braking.

But, Championship Seasons is also the mode from which I wanted more from F1. Player-created drivers, a career story, even a car designer… Any of those options (absent, of course) would have brought me into the moment more than the included offerings. This lack of personality significantly dampened my enjoyment after just a few races. It may sound silly, but I felt very little motivation to continue, even with an in-game coach screaming in my ear.

The other primary mode is the extensive Pro Seasons, which allows gearheads to take part in grueling weekend-long race series, sans assists, Flashbacks or other unrealistic accompaniments. Pro Seasons is true to life in every sense, including its duration. These races are lengthy, ongoing events, with little room for error, and no ability to speed up progress. Normally, a mode this thorough would be welcome in a simulation. But it soon becomes a grinding, often frustrating affair, best left to those who live and breathe this form of racing. Casual drivers need not apply.

Online, the game is similarly stripped down, with only standard head-to-head events and seasons, all of which need to be completed in one sitting, as there is no multiplayer save feature. Also, as of this writing, online play seemed very rough. I was booted from races numerous times, and the graphics and audio both suffered from lag, even on a wired connection. Let's hope there's a patch or two waiting in the pit lane.

In the end, F1 2015 is enjoyable enough and gives gamers a refreshing break from the usual car porn and Vin Diesel simulators, but in its effort to make the title as realistic as possible, Codemasters forgot about the casual gamer—the one who only has a few hours a week to play, and who doesn't want to be bogged down in endless laps when a quicker option would suffice. The limited modes and online features make F1 a game that only slick-tire diehards will love, and relatively few will think about once the next big racing game comes along. Rating: 5.5 out of 10

Parents: According to the ESRB, this game is rated E. It includes online features that may expose players to unrated user-generated content.

Deaf & Hard of Hearing: Other than in-game automobile sound effects and voiceovers, there is nothing that would prevent the game from being enjoyable for users who are deaf or hard of hearing.

“The limited modes and online features make F1 a game that only slick-tire diehards will love, […]”

No, they won’t. Slick-tire diehards are already racing in proper racing sims like rFactor 2, Assetto Corsa, GSCE or iRacing. I don’t think F1 2015 can be called ‘realistic’, perhaps ‘authentic’ the same way nobody would consider Call of Duty ‘realistic’, but it has gameplay that ‘feels right’.