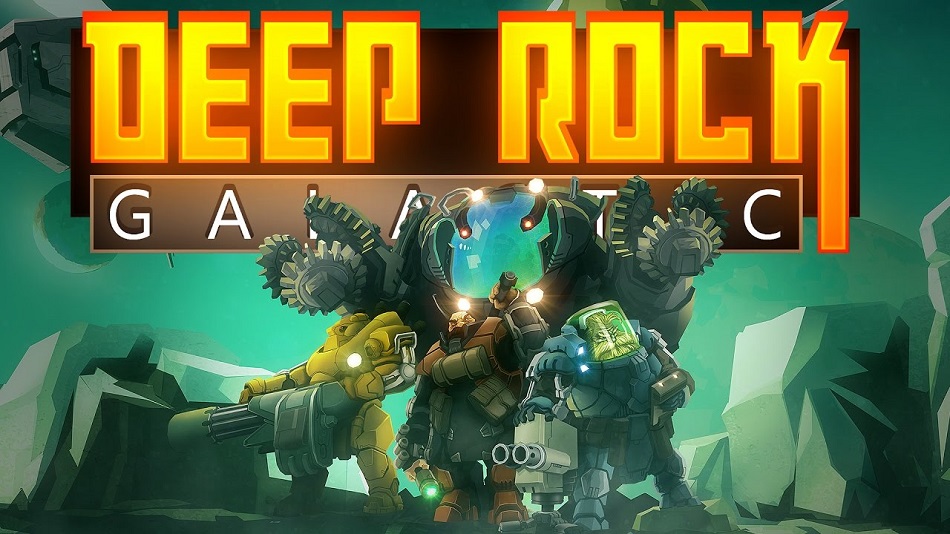 I have to admit, I tense up a little whenever I see “Xbox One Game Preview” in the title of something I’m playing. It’s not that there aren’t some fantastic experiences to be had (because there are!) but these words can also mean dealing with crippling bugs and glitches galore while exploring a fantasy landscape.

Thankfully, Ghost Ship Games has delivered a playable (if still highly incomplete) project to the Xbox One’s experimental wing, and my limited time with Deep Rock Galactic has revealed an innovative adventure about space dwarves that puts a heavy focus on collecting, mining and avoiding too much of the dark.

Deep Rock Galactic is most easily described as a class-based, first-person shooter thanks to its mechanics, and in a certain sense, that’s accurate. The game offers four-player co-op with unique character types that need to work in concert with one another to achieve goals. But – figuratively and literally – there’s so much more below the surface. 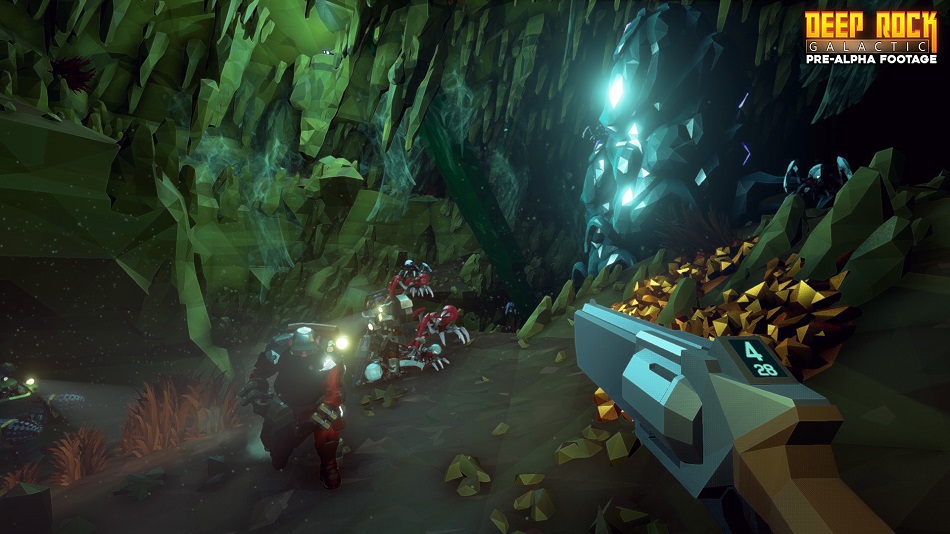 While each class has its own unique style of weaponry, all of them share a way to illuminate the game’s endless array of unlit caves. And by “unlit” I don’t mean dim — I mean pitch black. There is no handholding in Deep Rock Galactic, and no gentle glows lighting the way toward a checkpoint. The onus is fully on the player to generate adequate illumination through grenade-like light canisters or other short-lived light sources found in each level to avoid getting hopelessly lost in the tunnels. Each light source only lasts a limited time, increasing the tension tenfold.

I mention the lighting and the danger of losing one’s way because thanks to fully destructible environments and procedurally generated tunnels, no two people will experience Deep Rock Galactic the exact same way, or with the exact same approach. In my short time with it, I have yet to see a repeated moment or predictable pattern of play.

Once lit, these randomly-bored tunnels and caverns hold a litany of loot and a seemingly endless onslaught of enemies. Working together, teams must use miniguns, flamethrowers, and other specialty gadgets to stave off alien attacks while also mining precious minerals for their people back home. However, player-generated light only lasts for a short amount of time, so there’s a stressful juggling act happening between maintaining visibility, holding aliens back, and locating precious natural resources. 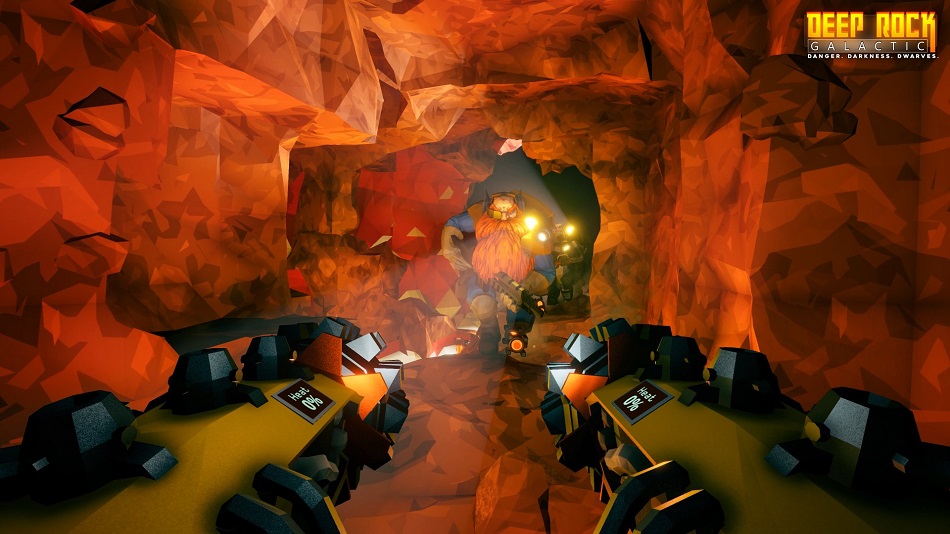 Oh, and of course, all this is happening on a time limit.

Once a required mineral stash is obtained, players then begin a mad dash back to the surface. After a successful mission, players level up based on loot, performance in battle, and time left on the clock. It’s a fairly basic structure, but one that works thanks to the intensity of the formula and a race against time.

Deep Rock Galactic is best played with friends since that offers users the best chance to conquer each task with strategy. Thankfully, the game doesn’t alienate solo players or even pairs. Instead, DRG reduces the number of enemies that appear and provides companion robots that perform some tasks (lighting areas, digging, and so on) that real-life co-op buddies would normally handle. While getting a group together seems like the best way to attack Deep Rock Galactic, players shouldn’t shy away from the title if they have fewer than four people.

In terms of visuals, DRG is good so far, sporting a simple, flat-colored aesthetic that has appeal. However, I did notice some severe clipping and screen tear during intense battles. It will be interesting to see how these elements evolve and improve as the game moves closer to completion. 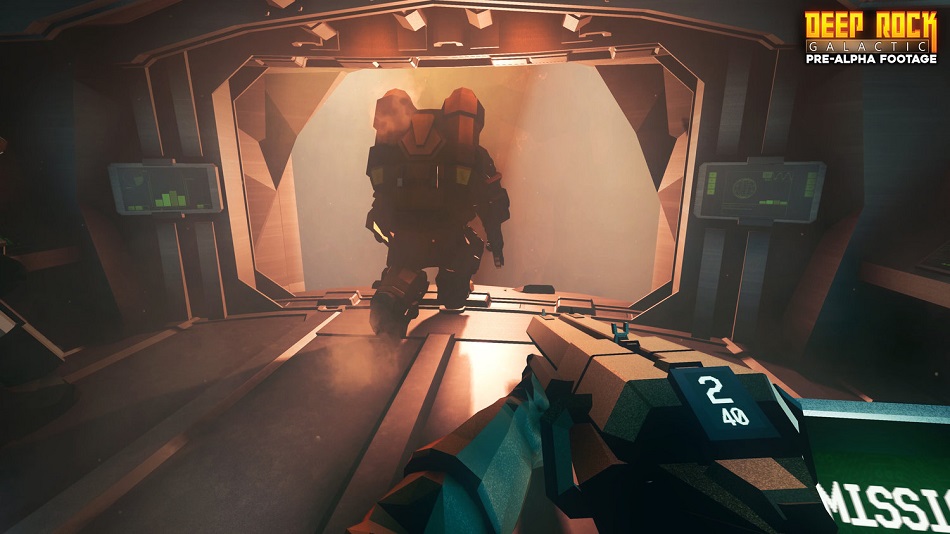 At this point, Deep Rock Galactic offers an interesting blend of older and newer game elements, frantic action, and some genuine moments of intensity to spice everything up. It’s far from being done, but there’s a lot of game here already, and I’m assuming there’s more to come.