We are starting a new "GC Reader of the Week" feature at GameCritics. Each week, we want to spotlight you, our awesome readers, by having you submit a photograph of yourself and answer the following questions:

Please send in your photograph and answers to chi [at] gamecritics [dot] com and each week, we'll publish a new spotlight. We look forward to reading your responses! 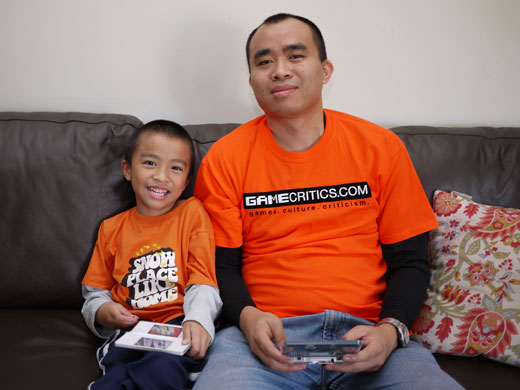 Several months ago, I thought it would be fun for our online community if we were able to sell GameCritics branded t-shirts featuring memorable taglines that our dedicated readers/listeners would get and identify with. I asked our staff and fans for ideas and I was excited about what the end results would look like. 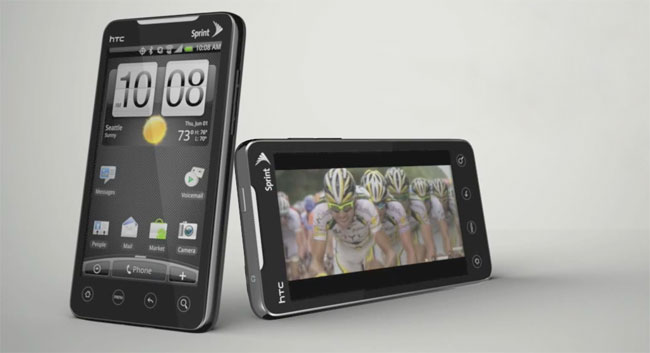 As a long-time Palm device loyalist dating back to the original PalmPilot in 1997, I was rather disappointed that the Palm Pre wasn’t able to restore the company to its former glory in the crowded smartphone marketplace now dominated by iPhone and Andriod devices. For 3 years, I stood idly by Palm with the Centro, hoping they would finally release a true iPhone killer, but it never happened and the company was later bought out by HP in April of 2010. When that happened, I knew I was done waiting and it was time to move on.

Welcome to the semi-new looking GameCritics.com! For years, our inability to grasp Cascading Style Sheets has always made us the pretty-ugly girl of video game sites. It's nice to finally see the old girl take off those thick rims glasses, let her hair down, and get all dolled up so she can attend the party of modern web design. Let us know what you think, but be gentle since she's still a bit shy and insecure. 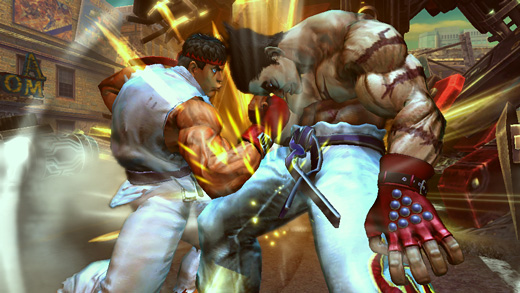 While the recent announcement of Street Fighter X Tekken was met with applause from legions of dedicated gamers who stuck with the series or many who returned with the revival of Street Fighter 4, as someone who fondly remembers spending countless hours at arcades in the late 1980s and feeding quarters "borrowed" from his mother's purse playing Street Fighter 2, I can't help, but to think somewhat cynically of this new partnership between two classic fighting franchises that in different era of video games didn't need this sort of gimmick to stand out. For me, it highlights how the series and genre no longer hold the iconic status of an entire generation of video games.

If Lebron James’ primary goal was to win a championship, he made the most shrewd and practical (even it was the most painfully predictable and dull) decision by joining the Miami Heat. In hindsight, the Heat was always the path of least resistance for the big three free agents of James, Chris Bosh and Dwyane Wade. Bosh clearly wanted out of Toronto. James wasn’t entirely committed to Cleveland. Wade was the only player who made it blatantly clear his preference was to stay in Miami and would openly recruit others to join him there. Pat Riley and Wade were the only players with championship hardware to bolster as well. 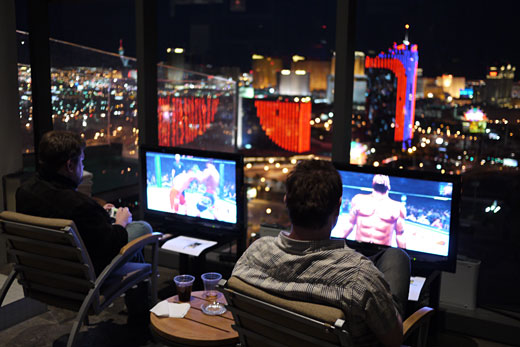 UFC Undisputed 2010 is set to be released May 25, but I was fortunate to get an early hands-on preview as part of a THQ media event out in Las Vegas. After getting a crash course in Jiu-Jitsu, Boxing and Kickboxing as part of a mini-bootcamp, all of the attending journalists were given extensive time to play through the enhanced Career mode with latter part of the evening devoted to an elimination style tournament between the journalists. How did yours truly do in that tournament? I'll get back to that later, but first let me give my impressions of the gameplay changes and new features. 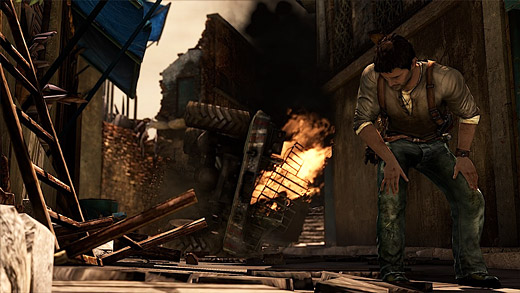 It's been suggested by critic emeritus Gene Park, staff critic Matthew Kaplan and others outside of the GC community, that adding more interactive choices/decisions to the popular PlayStation 3 title, Uncharted 2: Among Thieves, would change the very thrill-ride nature and universal appeal of its gameplay. The argument is that the inclusion of such choice would result in something that was "not the point of the game".

Gene insists that: "…I've followed the game's development through media and it's been said time and time again (even in the game's in-game documentary) that the purpose of the game was never going to be about player choice, but providing the same experience for all players."

I disagree with this logic of thought for multiple reasons.

Speaking personally as an moderate observer to the spirited gender and ethics debate taking place at GameCritics.com, there's several interesting things to note. Despite one serving as a catalyst for the other, the heart of the topics raised by both Mike and Alex are tangents that don't directly conflict and intersect with one another. Both have both been accused of being "hostile" and both sides have made assumptions and generalizations about the other's underlying motivations based on "tone and tenor" and "privilege."

If you enjoy open-minded discussion with mature and intelligent gamers, please consider becoming a member of your newly revamped forums. We've added more topical forums, recruited a team of friendly moderators and created a Welcome Guide to help new visitors get better acclimated. We've also added new rankings and reputation features to recognize good and long-standing members of the community.

If you've got a little spare time and a desire to chat and/or write about games, please give our community a chance. You can submit a review/essay or just introduce yourself to us. We invite you to stop lurking, take a chance and become a part of our community today.