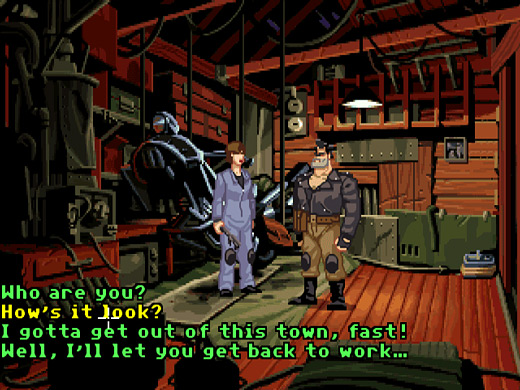 Rather than do one big top ten list, I thought I'd instead break things up into two separate top five lists (with a few honorable mentions thrown in): my favorite games of 2009, and my favorite games from prior years that I played for the first time in 2009. This seems like a good compromise, since I haven't come close to exhaustively playing all the "big" releases this year, and therefore any best of list from me would be loaded with caveats and qualifiers. In addition, many of my most memorable gaming experiences this year came from older titles, and I think that needs to be acknowledged. 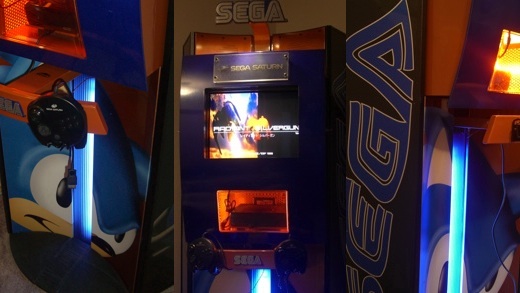 I recently reached the difficult decision that it was time to sell my beloved Sega Saturn kiosk; difficult because, on the one hand, it's probably the most unique and interesting piece of video game memorabilia that I have, while on the other hand, it's heavy (read hard to move) and takes up a lot of space. I'm not really a video game collector. Sure, I have a few obscure video game-related things, but nothing on the order of my enormous Sega kiosk.

When I spotted it a few years ago on Craigslist, I'd never seen one before. I had never even owned a Saturn for that matter. My last Sega system was the 32X. (Hey, it made sense to me at the time.) But for some reason, something clicked (snapped?) when I saw that shiny kiosk on Craigslist, complete with Sonic's large blue face staring at me, and I just knew I had to have it. It's tough to explain because it's one of those things where you either get it or you don't. If you thinks it's ridiculous, you probably think it's really ridiculous. If you think it's awesome, you probably thinks it's really, really awesome. For me, it just had the right mix of coolness factor, uniqueness, apparent rarity, and suitableness as a shrine to all things Sega. 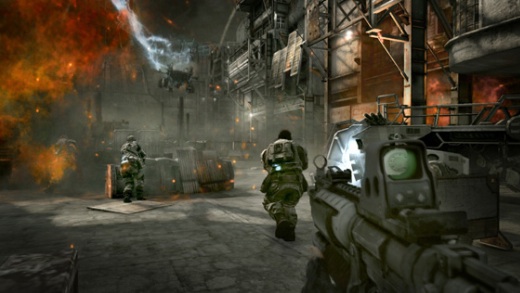 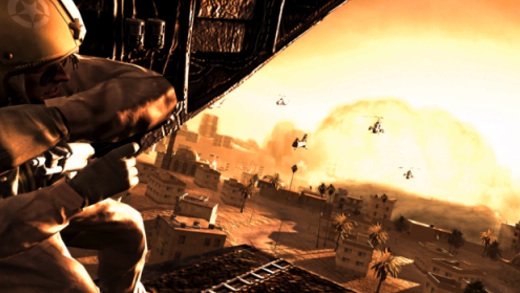 The great film director Howard Hawks once said that "A good movie has three great scenes and no bad ones." Lately, I've taken to pondering how this sentiment might apply to video games.

When I think about big cinematic games like God of War, Resident Evil 4, Call of Duty 4, and Metal Gear Solid 4 (damn, that's a lot of games with "4" in the title), I think the formula holds. These are all games that, for me anyway, never really had any bad parts, and had at least three great segments that really stand out in my memory. I can still vividly recall fighting the giant hydra, clashing knives with Krauser, getting hit by a nuclear blast wave, and riding a motorcycle through an eastern European city. I'm a sucker for games that give me only a few amazing moments, even if the rest of the game never rises above being merely not bad. 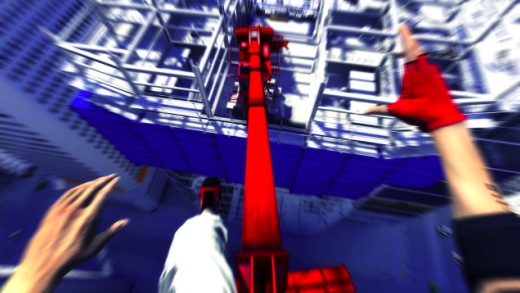 Video games are still a relatively young medium, and as such the vocabulary that we've developed to describe them is similarly immature. Nowhere does this seem more apparent to me than in the way the term gameplay is used. Most people who play and read about games probably have the same general sense of what the term means. As I understand it, gameplay refers to the experience of playing or interacting with a game without reference to things like graphics and sound. This seems pretty straight forward. But the more I read and write about games, the more I find the use of this term problematic. 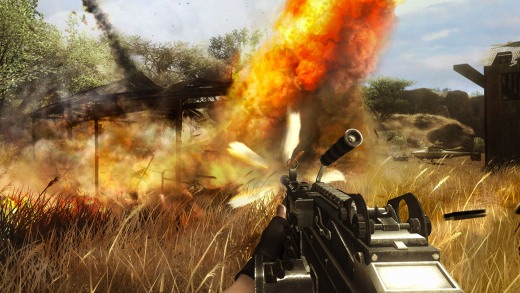 I've been noticing lately that I've developed a fairly strong preference for short, linear games over the more open world "sandbox" style ones. Taking a look at some of the games I've played recently (e.g., Call of Duty 4, Gears of War 2, Portal, Mirror's Edge, Grand Theft Auto IV, Far Cry 2, and Fallout 3), I can see a clear pattern emerging in terms of what games I'm more likely to go back to, or in some cases which games I'm simply more likely to continue playing through to completion.

I'm also starting to believe that the whole idea of the nonlinear, free roaming game as some sort of holy grail for the medium is a bit bogus. We've already seen some pretty damn amazing open world games, but what I'm discovering is that there doesn't seem to be anything particularly earth shattering about these games that, for me, makes them feel that much more profound than the more scripted stuff. 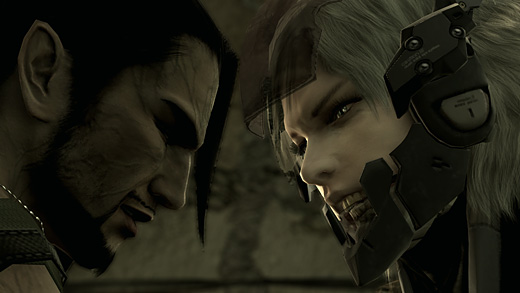 Having received LittleBigPlanet as a Christmas gift from my dad, I've finally been able to experience the game that many have been touting as the first must-own PS3 title. Now that I've sunk a significant amount of time into Media Molecule's little opus, I thought I'd share some of my impressions.

First and foremost, LittleBigPlanet is a thoroughly charming, feel-good game. It's almost impossible not feel at least somewhat upbeat while jumping around with the cute sack people. The snappy soundtrack, the funny expressions of the sack folk, the playful toy box-style aesthetic, the humorous tutorials, everything comes together to form a remarkably charming package. 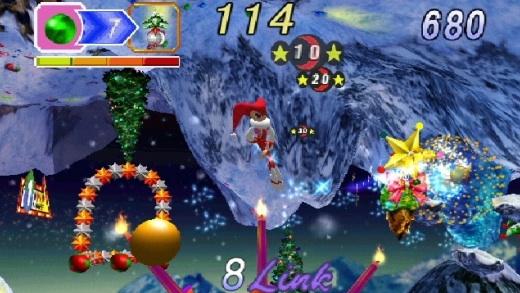 For the past couple days, I've been pretty much snowed in here in Seattle. And looking at all this white stuff has got me thinking about all the different incarnations of snow-themed levels that have been appearing in games for basically forever. The slippery snow levels in the original Mario on the NES. The icy dungeons in Zelda. The ice-themed levels in almost every RPG ever created. So are there any games that stand out as being particularly Christmassy or winter holiday appropriate?