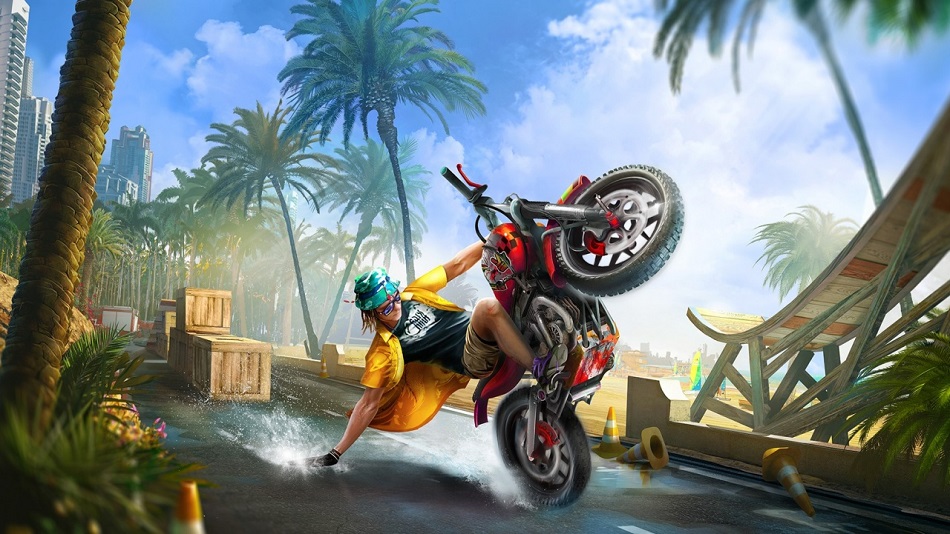 WTF The whole game feels like an artifact from the early 2000s.

I mean it in the most unironic, entirely positive way that only someone who grew up in the late ’90s and early ’00s can when I say that motocrossing through Urban Trial Playground’s California neighborhoods feels like being in a Capri Sun commercial.

As players navigate UTP’s 54 sun-soaked sidescrolling levels, guiding a male or female avatar who wouldn’t look out of place in Disney’s Brink!, this Switch-exclusive stunt bike racing game feels like a relic of a formerly-trendy, extreme sports-obsessed past. It feels like a time when tips were frosted and Tony Hawk was king.

As early as the tutorial tracks which feature the player blazing past palm trees along sparkling pavement, it was clear that playing UTP would conjure the magic hours between the bus driver dropping me off after school and my parents arriving home from work — that racing these courses would be the ludic equivalent of watching Malcolm in the Middle with a Hi-C juice box in hand. UTP makes good on these vibes, offering dozens of suburban courses which, like the ads for a certain juice pouch, are pregnant with x-treme possibility. 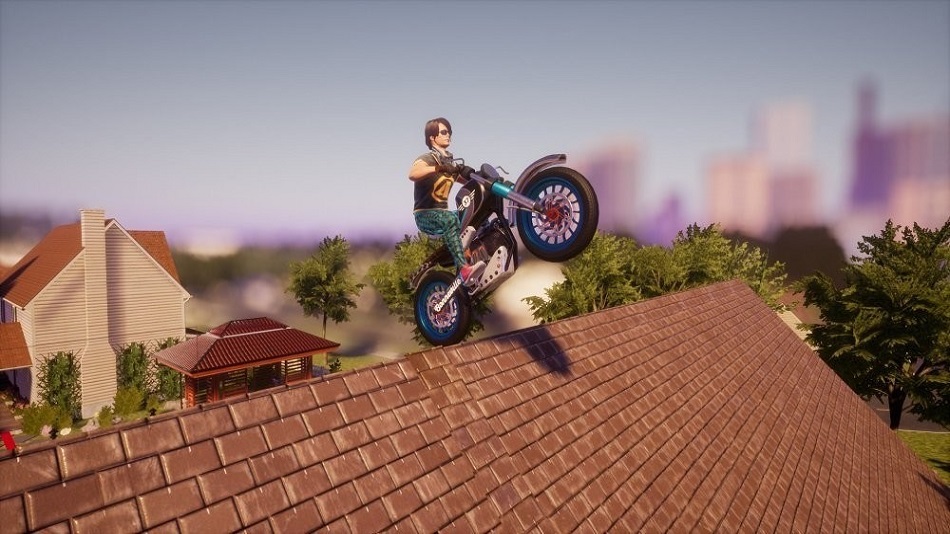 That possibility is most readily apparent in the stunt-focused Freestyle mode, in which players use a basic combo system (the combo keeps going as long as the player keeps one wheel off the ground) to chain moves together.

This always felt good. Backflipping feels natural and doing wheelies, which allows the player to go faster and rack up points, feels appropriately risky. While the goal of each level is to rack up enough points to reach a target score, each Freestyle course comes with an additional trio of side objectives to attempt, like hitting ten backflips or pulling off five long jumps. These challenges encourage exciting experimentation. A drop may be big, but is it big enough to pull off two frontflips? It’s thrilling to successfully land risky stunts after dozens of attempts, milking the course for more points than initially seemed possible.

The other half of Urban Trial Playground is disappointing by comparison. While Freestyle is focused on combos, Time Trial tasks the player with completing each course in a set amount of time — nothing unusual there. The problem is that Time Trial doesn’t add anything new to the courses. Each level remains just as it was in Freestyle, without any speed boosts or power-ups. This makes Time Trial feel like the Freestyle mode without a combo meter, instead of a fully developed mode in its own right.

It’s also frustrating that UTP’s local multiplayer mode only includes Time Trial (and according to Nintendo’s website, “Tag” mode, which I searched for and couldn’t find). With a competitive Freestyle mode, Urban Trial Playground would likely have earned itself a spot in the roster of local multi games I play with my roommates. I would have loved to compete with them for high scores in UTP’s impeccably designed courses. Unfortunately, UTP’s multiplayer only offers the lesser of its two modes, which means I’ve had all the enjoyment there is to have with it. I’ll think fondly of it, but like those ’90s Capri Sun commercials, its days are past. Rating: 8 out of 10

Parents: According to Nintendo’s official site, Urban Trial Playground received an E rating from the ESRB, although a search for the game on the ESRB’s online database returned zero results. Expect a lot of painful-looking, but bloodless, crashes.

Deaf & Hard of Hearing Gamers: Dialogue is limited to positive remarks from each rider upon landing a trick and negative or positive assessment lines upon finishing the course. These are not subtitled, but are also inconsequential. Text is not able to be resized. 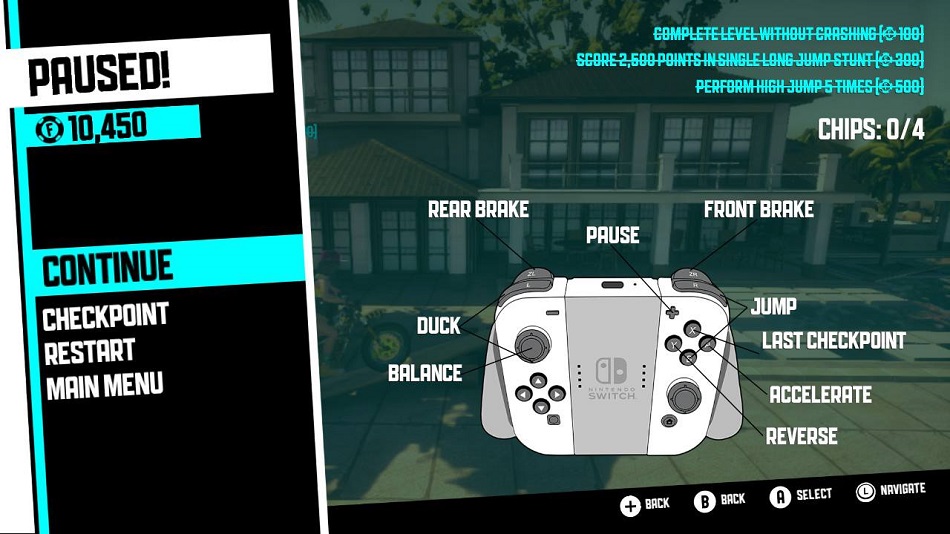