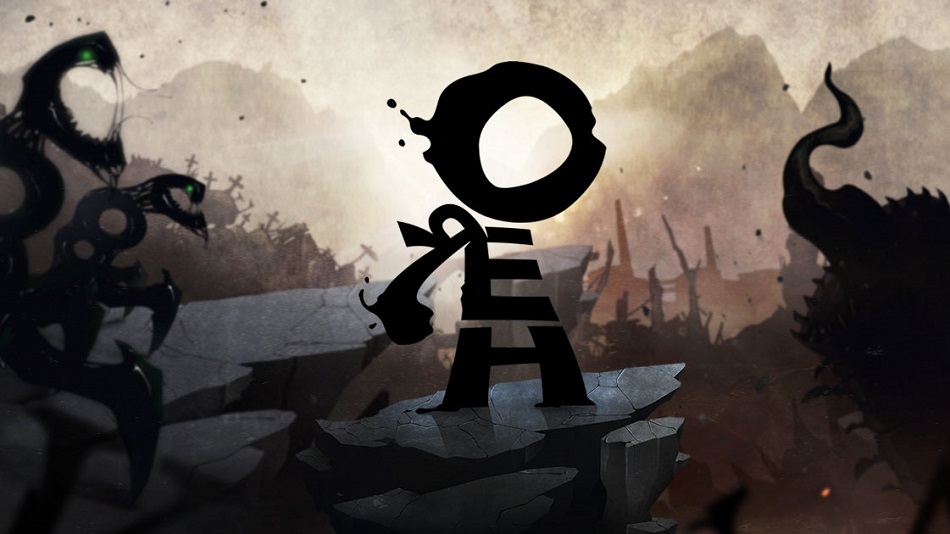 LOW Often difficult to parse whether I was trying the wrong solution, or unsuccessfully attempting the right one.

WTF The MacGuffin is the title character’s left arm.

The “X-meets-Y-meets-Z” writing technique is the game critic’s guilty pleasure. It functions as an easy bit of shorthand — an amusing Six Degrees of Kevin Bacon kind of way to relate a chimerical, sprawling thing. But mostly, it’s unhelpful.

For instance, while it may be accurate in a certain sense to say Breath of the Wild is “Zelda meets Dark Souls,” it’s also lazy. It removes the onus of painting a vivid picture and clearly explaining a game’s mechanics from the critic, and shifts the responsibility of comprehension squarely onto the reader’s shoulders. This issue is complicated further by the fact that a given reader may not share the critic’s familiarity with the references being employed as benchmarks. And even if they they do, this kind of equation doesn’t provide clarity about which components are being borrowed.

Typoman: Revised, just released for the Switch, brought to light another problematic aspect of this technique that, previously, I hadn’t considered much. For example, the easy description of Brainseed Factory’s puzzle platformer would be that it’s “Limbo meets Scribblenauts.”

That sketch isn’t inaccurate, but the equation falls apart for Typoman because the reality is less than the sum of its description — it’s a title that’s neither as darkly clever as Limbo nor as bursting with opportunities for emergent gameplay as Scribblenauts.

Typoman’s side-scrolling journey begins when a pickup truck dumps a pile of letters. Out of the heap, the player-controlled letter O emerges. It soon gains a torso in the form of a capital E, a pair of H legs and a single uppercase R for a right arm. Before Typoman can reconnect with his other limb, a spider-like monster composed of the letters D-O-O-M wolfs it down and scrams. With that, Typoman sets off on a dialogue-free quest in search of an unusually anatomical MacGuffin. 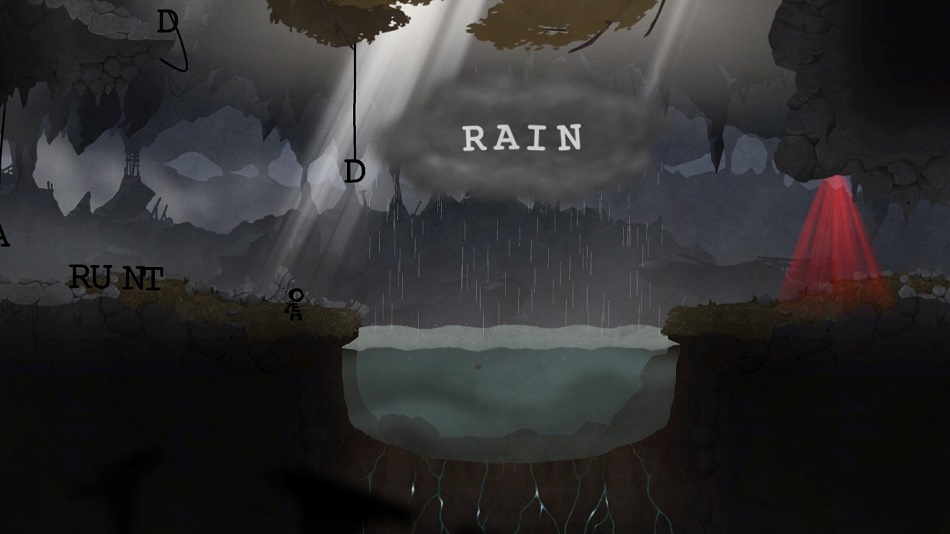 Typoman and the other characters along the way may be silent, but the world they inhabit speaks volumes. A wall halting progress may be composed of the letters G-A-T-E, and the switch required to open it may serve as the L in LEVER. If the mechanism needs juice, carry a nearby O and N over to give it power. Need a ladder to drop? Chances are the letters to spell DOWN can be found in the surrounding area. Need a platform to rise? Spell UP.

Later, the player comes across a series of conveyor belts wired to keyboards that typically provide around eight individual letters. Type in the desired letters, and the conveyor belt will roll them out. From this point until the end credits, forward momentum in Typoman’s bleak (but painterly) world requires a Scrabble enthusiast’s knack for unscrambling letters and finding meaning in alphabet soup.

While the “A-HA!” moments are satisfying in the same way that laying down tiles for a triple word score in Words with Friends can be, Typoman’s flaws are also most visible in these sections — it’s an uneven experience that struggles to find the right curve.

After a smooth tutorial, the difficulty spikes are as severe and sharp as the capital A’s that stand in for spikes in the game’s dangerous world. The oppressive atmosphere combined with difficult-to-parse linguistic puzzles meant that my progress was often halting. In one example, noxious green gas and poison-filled syringes serve as Typoman’s antagonists. Attempting to figure out which word I needed to spell using limited letters while poison leeched my health was a miserable slog.

Typoman’s biggest problem, however, is that it stymies player creativity more often than it encourages it. While the Scribblenauts devs have consistently made efforts to have a ready answer for every word their audience might type in, Brainseed made no such attempt. Like a demanding point-and-click adventure, Typoman: Revised recognizes only the correct word. A player that spells out ‘hat’ or ‘dog’ might be rewarded with a brief acknowledgement—”Word Found”—but unless a hat or dog is needed to solve the puzzle at hand (spoiler: they’re not)  the player will receive nothing more.

In the end, Typoman might appear to offer a clever blend of Limbo’s brooding world and Scribblenauts’ creative spark, but summing it up as such would gloss over the fact that its limitations never let it ascend to the heights that a combination of those titles might suggest. Rating: 7 out of 10

Disclosures: Typoman is developed and published by Brainseed Factory, and is available on PC, PS4, XBO, WiiU and Switch. This copy of the game was obtained via publisher and reviewed on Switch. Approximately 6 hours were devoted to the game and it was completed. There are no multiplayer modes.

Parents: Typoman received an E10+ rating from the ESRB for Fantasy Violence. While Typoman isn’t graphic or bloody, it isn’t hard to imagine little kids responding negatively to its dark world filled with noxious green gas and stinging needles.