Don’t Let the Subtitle Fool You 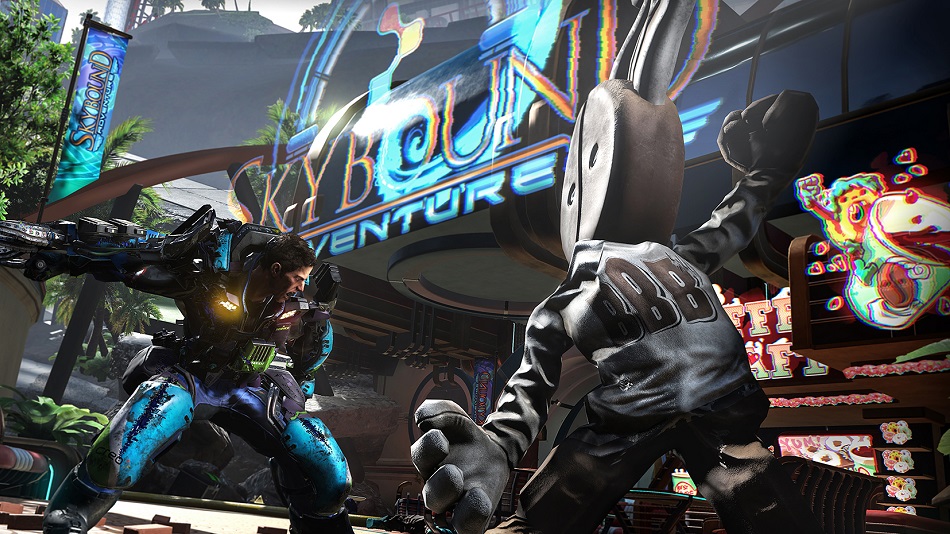 HIGH The new setting is a welcome change of pace from the dark, sci-fi aesthetic of the main game.

LOW It’s rarely clear where to go next.

Upon its release in spring of last year, The Surge joined the lofty ranks of games with boss tells so obscure that, as a post-release player, I sympathized with the original reviewer for having to slug it out minus a walkthrough.

That’s a dubious honor, to be sure. And while those boss encounters were, in my estimation, poorly designed, they would be forgivable if The Surge were a different kind of game. It is what it is, however — a blisteringly difficult Soulslike, which has no compunction with sending players back to the Game Over screen again and again and again.

With A Walk in the Park, the new story DLC released at the tail end of last year, Deck 13 appears to be making amends for the base game’s tendency toward obfuscation.

In some areas, they’ve overcorrected, rendering this outing’s boss encounters overly simplistic arena standoffs. In others, The Surge is still inscrutable since the moments designed to transition the player from the DLC area to the main game and back are extremely difficult to parse.

The story also vacillates between being opaque and laughably straightforward. Warren (The Surge’s protagonist, who traded in a wheelchair for a robotic exosuit) travels to CREO World in response to a call for help from Largo, the operator of the park’s Search and Rescue Unit.

Largo mans the OPS station that Warren will return to repeatedly in order to bank tech scrap—a resource roughly equivalent to ‘souls’ in From Software’s games— and regenerate health. Largo doesn’t know if his teammates survived, and he wants Warren to search the park to see if any of his buddies are still alive. Naturally, the area is filled with killer robots and other hazards. 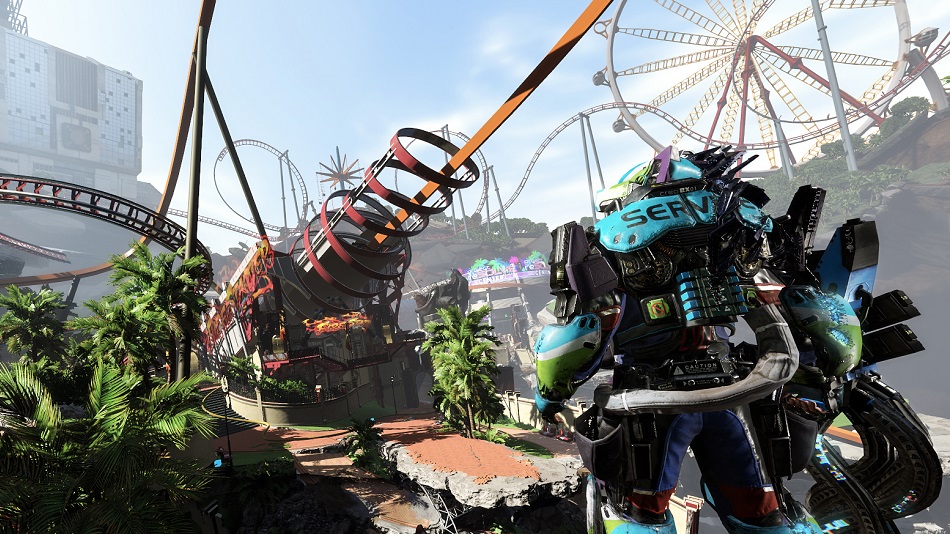 As a self-contained level, CREO World is compelling. Deck 13 has built an appealing space, trading in the dark sheen of warehouse metal for the inviting warmth of red brick cobblestone. Soulslikes frequently place the player in dark, hostile environments, so it’s refreshing to be transported to a setting that promises relaxation and sunshine. Of course, the Disney World veneer belies a treacherous challenge.

CREO World isn’t as sprawling as a real world theme park; it’s probably closer in scope to a county fair. However, it folds in on itself and builds vertically instead of sprawling outwards – it’s a fertile structure for providing the kind of exhilarating shortcuts that genre fans have come to expect.

Problems arise, however, when CREO World ceases to be a self-contained unit. After defeating the first boss, Largo tells Warren to continue his search, but I spent an hour or two scouring CREO World for the next destination before realizing I was supposed to head back to the pre-DLC areas. A map outlining the route which Largo provides isn’t much help — the interface doesn’t allow the player to fully zoom in, so the path is always difficult to read.

When the player returns to CREO World for the second chunk of DLC, Deck 13 attempts to give Warren some depth, sprinkling audio logs throughout the world to provide backstory to this otherwise boilerplate protagonist. But, there’s no logical reason that these personally-relevant audio logs would be scattered around this amusement park. And even if there was, Warren’s stone-faced and silent non-reactions undercut any emotional payoff that these discoveries would otherwise deliver.

Despite these complaints The Surge is mechanically compelling. Battles are challenging and brutal. Traversing the environment is tense, and, ultimately, rewarding when a shortcut or a new area is unlocked. The fact that the core of the experience is frequently exhilarating, so often makes the faulty links in the chain all the more confusing and frustrating.

A Walk in the Park is a rollercoaster ride of an experience. It’s just unfortunate that big chunks of the track are missing. Rating: 7.5 out of 10

Disclosures: This game is developed by Deck 13 and published by Focus Home Interactive, and it is currently available on PS4, Xbox One and Steam. This copy of the game was obtained via publisher and reviewed on the PS4. Approximately 10 hours were devoted to the DLC and it was completed. There are no multiplayer modes.

Parents: The Surge earns an M rating from the ESRB for Blood and Gore, Intense Violence and Strong Language. Curse words are few and far between, but when language is used it’s “f*cks” and “sh*ts.” Most of the M-rated violence is communicated through sound. Deck 13’s title doesn’t have the fountains of red that mark its inspirations (i.e. the aptly titled Bloodborne), but when Warren cuts through one of the rabid mech-wearing human enemies that populate the levels, the slice is accompanied by a grisly squelch.

Deaf and Hard of Hearing Gamers: All dialogue is subtitled, and no audio cues are necessary to play. The game is fully accessible.