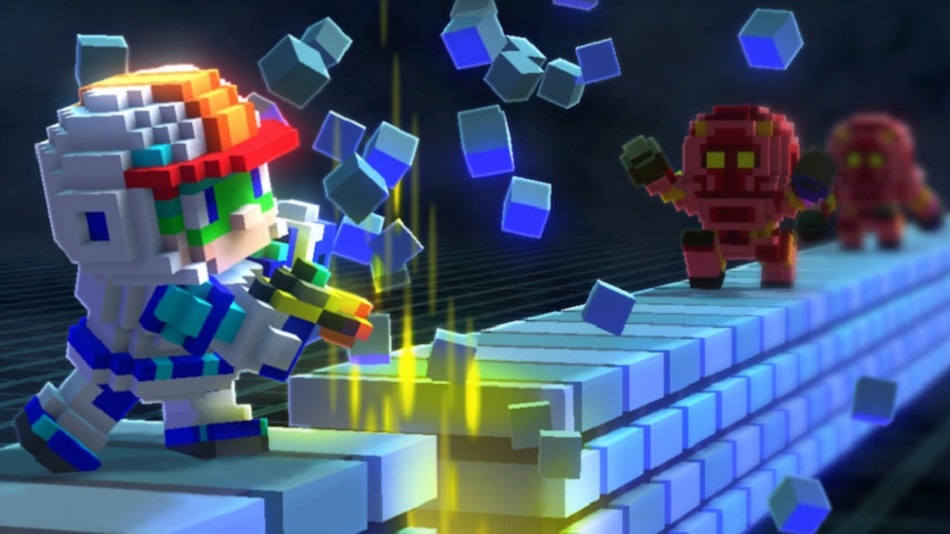 HIGH More than 300 levels, and it’s rare to find one that isn’t engaging.

LOW The enemy AI is, at times, very dumb.

On the face of things, it’s the exact opposite — it’s a voxelly, arcade-style, linear, level-based platformer which (like the original Lode Runner from 1983) dares to ask the question, “What if Pac-Man, but with puzzles?”

Yet, as I toggled through its wide breadth of modes—Adventure, Puzzle, Extra, Classic, Co-Op, Craft and World—each with its own wealth of levels, I began to feel the same overloaded euphoria that sometimes overtakes me when I’m playing an excellent open-world adventure like Assassin’s Creed 2 or Horizon Zero Dawn. Amazingly, despite the unassuming $11.99 price tag there is just as much to do here, and with a robust level creator and fan-created stages, there may be even more.

The gameplay remains consistently simple from mode to mode — press Y to dig on the Runner’s left and A to dig on their right. Collect all the gold in the stage, while avoiding obstacles and solving environmental puzzles to advance. 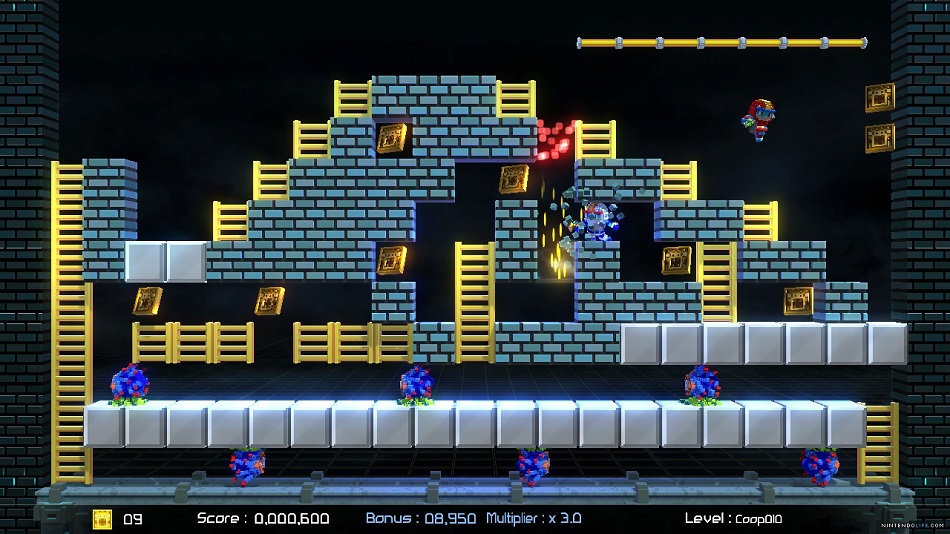 While the basics never change, the dev team introduces minor tweaks which make each mode unique. In Adventure mode—the closest thing to a campaign— new enemy types are introduced every five levels. In Puzzle mode, enemies are gone and mind-bending puzzles take their place, testing the player’s understanding of the rules and timing. Extra mode features similarly challenging brainteasers, but introduces a new enemy to the mix, upping the difficulty. In Classic mode, there’s only one enemy type—red creatures reminiscent of the original’s guards— and a staggering 150 levels. Importantly, if any of these stages aren’t a player’s thing—I enjoyed Puzzle and Extra but got stuck in both pretty early on—there are several that will probably click.

Going into Co-Op, I had expected slightly tweaked versions of stages from the single-player modes. Instead, I got 50 brand new levels, built from the ground up to be played with a friend. The puzzle design is also altered — challenges here often require one player to stand on the other’s head and to sometimes run in tandem.

Craft mode allows the player to create their own playable avatar, build stages, and design items to place in their levels. Despite a confusing tutorial for the level creation, these features are robust and will likely give this title a long life among players lucky enough to discover it.

While I loved the tracks on offer in Urban Trial Playground I quickly exhausted everything that it had to offer. Lode Runner Legacy avoids this problem entirely by A) providing a truly wild amount of stages and B) opening the game up to the community to allow dedicated players to do the same. I want more Lode Runner Legacy, and thanks to the efforts of Tozai and the community, there’s much more waiting for me. Rating: 8 out of 10

Disclosures: This game is developed by Tozai Games, Inc., O-TWO inc., ESQUADRA,inc., and published by Tozai Games, Inc. It was reviewed on Switch and is also available on PC. This copy of the game was obtained via publisher. Approximately 20 hours were devoted to single player with 2 hours given to multiplayer. “Adventure Mode,” the game’s campaign equivalent, was completed.

Parents: There is currently no ESRB rating available, but the official Nintendo site lists it as being rated E, with In-Game Purchases. I don’t think there actually are In-Game Purchases, though, or at least, if there are, they are extremely well-hidden.

Deaf and Hard of Hearing Gamers: There is no dialogue in the game, so no need for subtitles. However, there is a celebratory chime that plays when a level is finished that is not always accompanied by a visual cue. This game is fully accessible.

Remappable Controls: No, the controls are not remappable, save one button. Inexplicably, right and left dig can each be mapped to the B button. 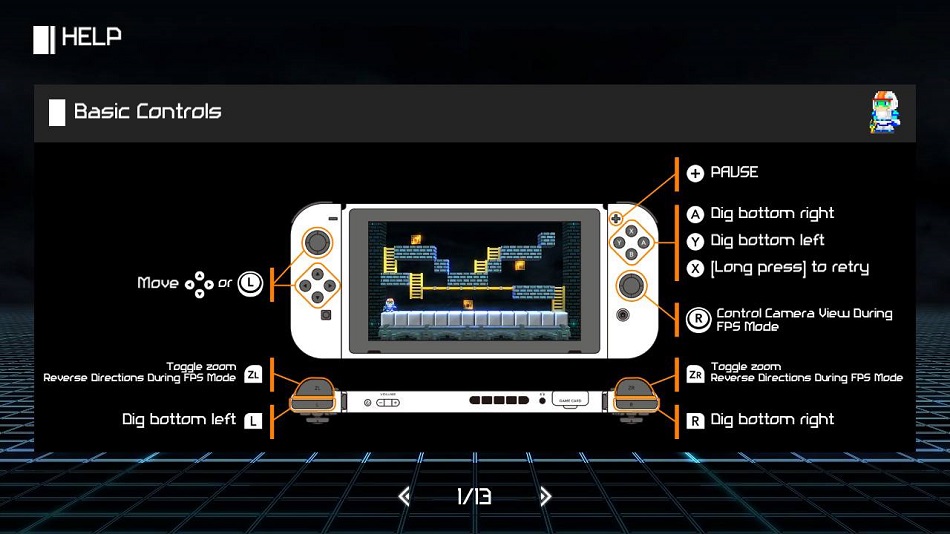