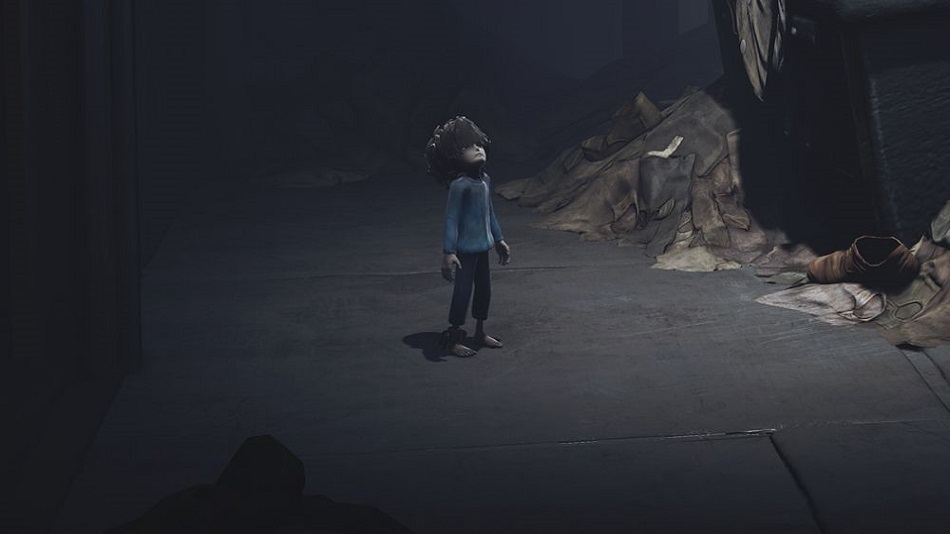 HIGH The furnace room is a hub, and it was satisfying to repeatedly return to it.

LOW This time around, the “Inside-lite” label is earned.

WTF Interacting with the Nomes is the core mechanic — the AI should work better than it does.

When Little Nightmares debuted back in April, the ‘little kid in a big, scary world’ plot, haunted toybox art direction and 2.5D puzzle-platforming saddled it with constant (and usually unfavorable) comparisons to Inside. However,  Playdead’s 2016 horror masterpiece was my favorite game last year, so I was eager for another hit of the same sort of dopamine, even if Little Nightmares was said to be a step down.

However, I found myself pleasantly surprised when I downloaded Little Nightmares and found that Tarsier Studios’ work isn’t just an Inside clone, but a uniquely captivating experience all its own. The grotesque monsters, near-Claymation visuals, clever puzzles (here’s looking at you, sausage swing!) and surprising conclusion helped define its identity. In light of how good the core content is, it’s then disappointing to find that the DLC levels come off as exactly what Little Nightmares‘ critics imagined it always was.

The base game found players taking on the role of Six, a tiny girl in a yellow rain slicker whose sharp hood jutted above her head like a shark’s dorsal fin. Six was busy exploring the Maw — a hostile, metal behemoth of an ocean liner. In the trilogy of DLC add-ons collectively called Secrets of the Maw, players are The Runaway Kid, a shaggy-haired boy with a flashlight, whose journey through the ship intersects Six’s at various points.

The first episode of the three, The Depths, found the Kid traversing the bottom of the Maw’s flooded hull, hopping from platform to platform and attempting to avoid a decaying aquatic menace called the Granny. 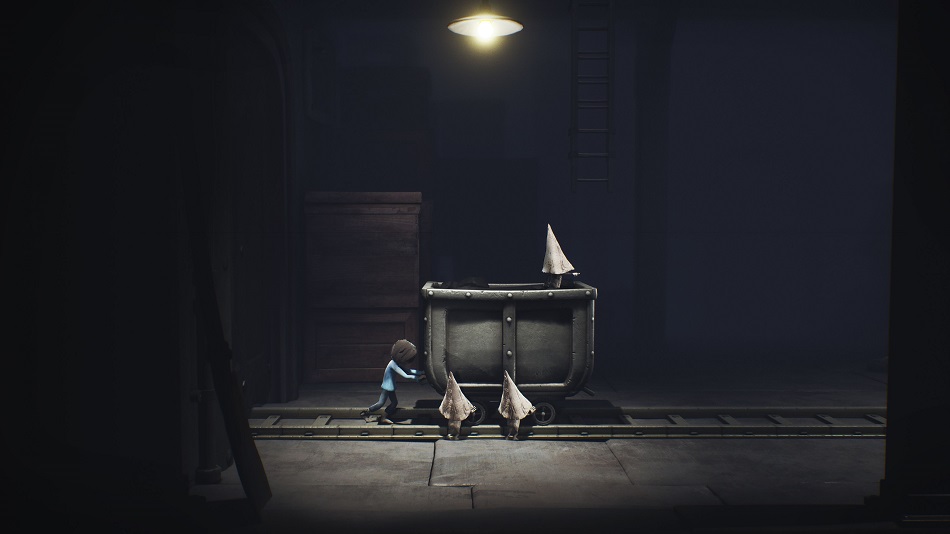 I was disappointed as I played through The Depths in preparation for this review, because nearly everything about it felt cribbed from Inside. I threw objects into the water to distract the Granny and then swam in the opposite direction like a madman to make it to the next platform in time. I also hopped over the water to avoid the Granny’s groping arms. I did both of these things in Inside, and PlayDead did it better. Unfortunately, the same is true of the second DLC add-on, The Hideaway.

In this installment, the Runaway Kid makes his way into the portion of the ship where Nomes (the friendly hooded creatures from the base game) reside, and he guides the little guys back to a gorgeously-lit furnace room which serves as a hub. The Nomes’ home provides the setting, and they themselves provide the main mechanics. But in execution? Working with the Nomes was more frustrating than anything.

These little guys would help me push boxes and pull minecarts, and I chucked them upwards to open doors, but their AI just isn’t very good. This is all the more noticeable because Inside did the same ‘work with others’ thing flawlessly; PlayDead’s protagonist effortlessly commanded ducks and zombies alike. While sometimes the Nomes followed along like they were supposed to, often I had to go to a Nome, pick it up and then bring it over to the object I needed it to interact with. Additionally, the content’s conclusion is only triggered once a certain number of Nomes have returned to the furnace room — while I had no issues on my first playthrough, on my second run the ending was halted by a stubborn Nome stuck around a corner.

When the Kid isn’t playing Pikmin with the Nomes, he’s stealthily sneaking past this level’s antagonist, the long-armed, blind Janitor from the main game. There are some high points here including a neat bit with a distraction involving loud machinery, but The Hideaway doesn’t give good indicators of when the Kid is hidden in stealth or when he’s visible. The Janitor notices loud footfalls, but it’s hard to tell how fast it’s possible to move without drawing his attention.

My hope is that the final expansion will right the ship and highlight what makes Little Nightmares unique. However, for the time being, the Maw’s dirtiest secret is that it’s not actually hiding anything interesting. Rating: 6.5 out of 10

Disclosures: This game was developed by Tarsier Studios and published by Bandai Namco Entertainment. Little Nightmares: The Hideaway (like the base game) is available on the PS4, Xbox One and Windows. This code was obtained via publisher and reviewed on PS4. Roughly four hours were devoted to the story mode, and it was completed twice. There are no multiplayer modes.

Parents: Little Nightmares is rated T for Blood and Violence. While the foes in the base game are varied and have similarly varied ways to kill the player, there’s only one enemy type in The Hideaway and its sole attack is grabbing the player, so the violence is somewhat toned down.

Deaf & Hard of Hearing Gamers: There’s no dialogue in the game, and so, no subtitles available. But, there is an audio cue that plays when the player mind melds with each Nome, and it doesn’t have an accompanying visual cue.