Is Danganronpa Japanese for “This Teddy Bear Is a Douche”? 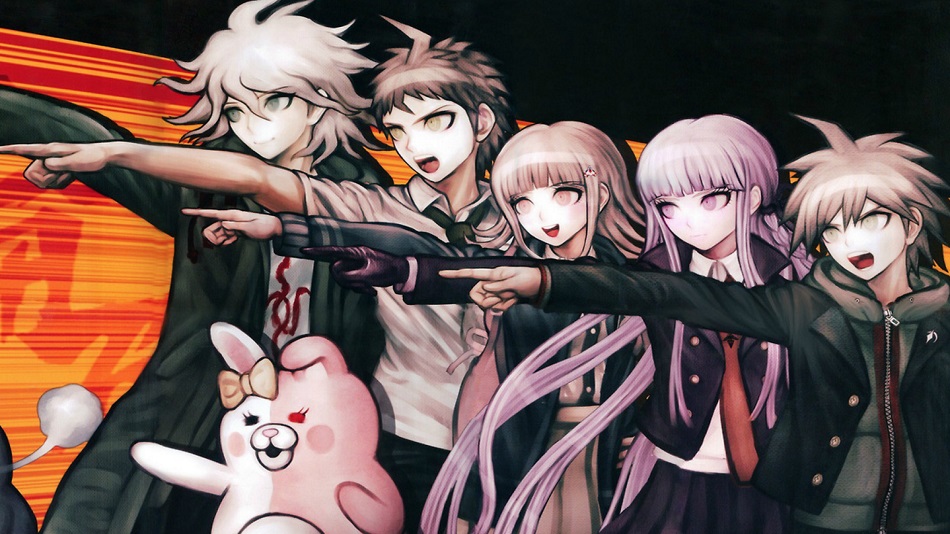 HIGH Nearly every one of the murder mysteries are spectacularly well-crafted.

LOW Some leaps of logic in puzzle solving could give bad point-and-click adventures a run for their money.

The opening half-hour of Danganronpa: Trigger Happy Havoc (the first of two Vita visual novels packaged together on PS4 as Danganronpa 1.2 Reload) introduces the player to Hope’s Peak Academy — not just the school itself, but what it stands for.

Hope’s Peak serves as a symbol of hope to Danganronpa’s Japan, collecting 15 students per group, each of whom is the best at what they do. These students are dubbed Ultimates— the Ultimate Swimmer, Pop Star, and Affluent Progeny all populate Havoc’s freshman class. The player’s character is also an Ultimate, but there’s a catch — protagonist Makoto Naegi is the Ultimate Lucky Student, meaning that he’s a regular high school kid selected by lottery and plucked from obscurity to receive the same opportunities as the nation’s best and brightest.

If that was all there was to Danganronpa’s concept, I would be hooked. Playing as the one average kid in a group of highly talented classmates sounds intriguing, like reading a Harry Potter book from the perspective of a muggle who’s been sorted into Hogwarts. But then, developer Spike Chunsoft peels back a layer.

Monokuma, the two-faced teddy bear who serves as Hope Peak’s headmaster appears and introduces a new and horrifying dynamic — the students are now imprisoned in Hope’s Peak, with iron slabs bolted over the windows and a machine gun turret guarding the sole exit. The only way out? To murder a classmate and get away with it.

After Makoto meets his class via exposition dump, exploration begins with the player spending time getting to know the cast of Ultimates. The player has the option to make the most of their free time by growing closer to whichever characters they find most intriguing, but these sections always end the same way — with the discovery of a corpse. At this point, Monokuma informs the Ultimates they will convene for a ‘class trial’ after an investigation, during which the students will be responsible for figuring out whodunit.

In Trigger Happy Havoc, discovering the bodies of classmates is an often gut-wrenching experience because developing relationships with the characters feels like making friends at summer camp—we didn’t know each other yesterday, now when we have free time we hang out together—and those ties are horrifically severed by grisly murder.

While the phases between class trials are long on reading and short on gameplay, the trials themselves introduce various minigames designed to lead the player to the truth about the murder. These minigames work well for the most part, and Trigger Happy Havoc’s logic is typically easy to follow. The gameplay loops are addictive — I was always excited when a class trial wrapped up because it meant that a new area of the school was now open to explore. Danganronpa’s secrets are revealed slowly, and finding clues around Hope’s Peak’s campus provides a satisfying mechanical analog to the narrative’s slow, suspenseful build. 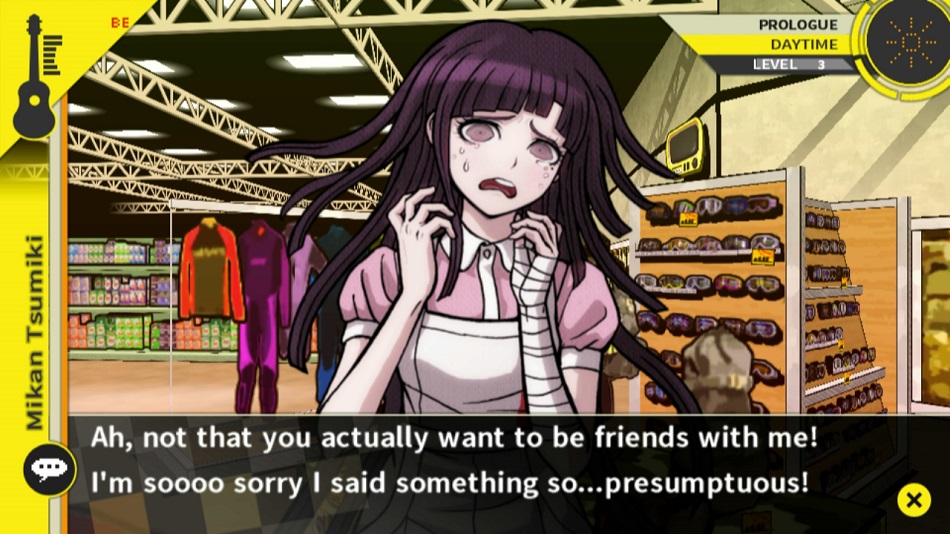 While Havoc’s puzzles feel fair and reasonable, the same cannot be said for the logic that drives its follow-up, Danganronpa: Goodbye Despair.

In one particularly dubious debate, the player is tasked with discovering an “unusual murder weapon.” Two of the options, a vase and a fish tank, stand out as suitably unusual answers. The actual answer (which I won’t spoil here) is bizarre, illogical, and I suspect will leave many gamers trying every possible answer out of desperation. I found it to be the logical equivalent of pixel-hunting. It’s not enjoyable to suffer these leaps, and Goodbye Despair has them in spades.

While Goodbye Despair’s difficulty curve is a little too steep out of the gate, I quickly forgave it because of how expertly Spike Chunsoft executed the quality-of-life changes that improve the majority of mechanics that carry over from Havoc.

For example, while a few minigames are worse for wear, most are more polished and more enjoyable to take part in. Goodbye Despair also introduces a Tamagotchi-like pet that lives in the pause menu, a pretty great snowboarding minigame, and a first-person puzzle level that reminded me of Resident Evil 7’s excellent escape-the-room section. If I had to sum up the differences between them in a sentence, I’d say that Trigger Happy Havoc tells a superb, expertly plotted story, while Goodbye Despair (mostly) does the same, while also providing more enjoyment on a moment-to-moment basis.

Interestingly, apart from the fixes, Goodbye Despair also sidesteps the doldrums that would have accompanied another sequel set in the same school by moving the action to an island and widening the scope. It’s a bigger game, in ways both good and bad.

The island is bigger, the personalities are bigger and the climax is bigger, and while the game is benefited by the extra space to roam around, the new cast of larger-than-life characters and the too-big-to-believe finale hurt it. Trigger Happy Havoc’s characters straddled the line between archetypal and nuanced; Goodbye Despair’s are mostly caricatures. As a result, I cared more about my 10th favorite character in Havoc than I did about the best NPC in Despair. And after slowly parceling out bits and pieces of the backstory over the course of 30 hours, the sequel abandons that groundedness for a go-big-or-go-home Super Saiyan extravaganza that lost me like a rocket disconnecting from its booster as it ascends into the stratosphere.

Looking at both games as a whole, my biggest complaint is that they merely hint at an emotional element that should be central. Near the beginning of Trigger Happy Havoc, the main character says that Monokuma’s rule of killing another in order to escape causes the characters to doubt and suspect each other, but this sense of fear is quickly abandoned. I never felt scared that I would be killed by someone I trusted, because on a mechanical level, the games don’t allow for it. The player simply can’t die.

Complaints aside, the Danganronpa series is concerned with the ongoing battle between the power of hope and the power of despair, and while these games are overlong and peppered with some less-than-stellar moments, the excellent plots give the player a sense of hope for the future of dynamic narrative in videogames. This is some of the best, most suspenseful, storytelling that I’ve ever seen attempted in the medium. While there’s no new content and the graphics remain unchanged from the Vita versions, 1.2 Reload is a great jumping-on point for fans of visual novels who’ve never experienced the series before. Rating: 8 out of 10

Disclosures: 1.2 Reload is developed by Spike Chunsoft and published by NIS America. 1.2 Reload was obtained via publisher and is available on PS4. Trigger Happy Havoc and Goodbye Despair are available individually on Vita. Approximately 65 hours of play were devoted altogether, and both games were completed. There are no multiplayer modes.

Parents: According to the ESRB, this game contains Blood, Intense Violence, Sexual Themes and Strong Language, and boy, does it. While the game is cartoony and colorful—the buckets of blood spilled over the course of both games are hot pink— this is Adult Swim territory.

Deaf and Hard of Hearing: No problems. Every word of dialogue is subtitled, and the game gives the player visual cues when something important is being said. There are no audio cues necessary for successful gameplay.