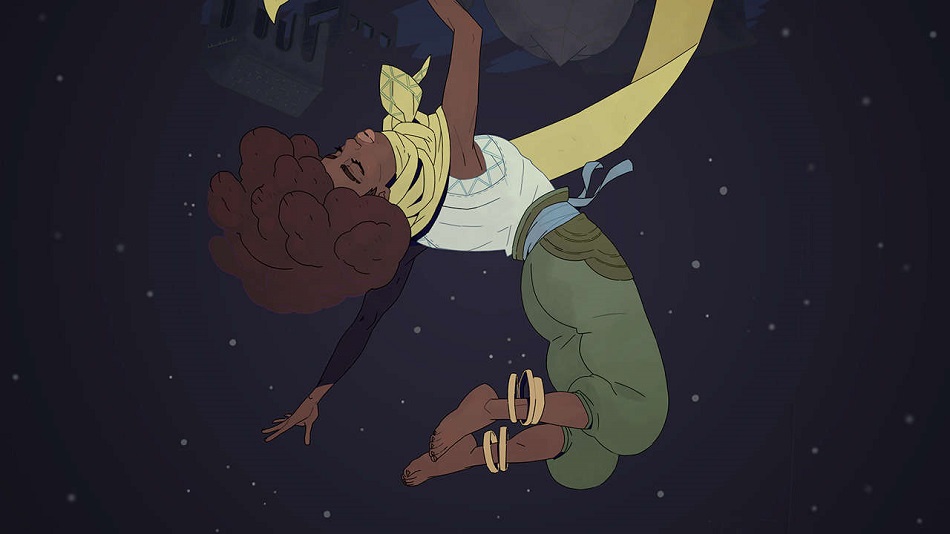 HIGH Dandara’s world is a joy to explore.

WTF I still don’t fully understand what Salt is.

Dandara, released earlier this month on virtually every gaming platform, takes its name from an Afro-Brazilian freedom fighter who gave her life in defiance of the slave trade in 17th century colonial Brazil. Like the legendary hero from whom it draws its name, Long Hat House’s 2D platformer tasks the player with resisting oppression. As the player makes their way through the title character’s sprawling world, that theme is effectively communicated both in its spare dialogue and in its Metroid-influenced tool set and exploration.

As in any Metroidvania, the player gradually unlocks new weapons and abilities which provide options in combat and also serve as keys to open up new sections of the world. The genius of Dandara is that the heroine’s tools come in the form of gifts from artists hiding throughout the world. These creatives have stopped practicing their craft, so Dandara’s bold resistance of the imperialist Eldar inspires them to take up their work anew — With her help a musician begins to play and platforms move again. A designer builds a rocket allowing Dandara to blast through rock walls, and more.

Following this theme, Dandara’s art isn’t a tool of resistance in some abstract, symbolic way. Creativity is shown to be just as essential in the face of an oppressive regime as Samus Aran’s charge beam is to opening locked doors. The themes of resistance and the means of resistance are seamlessly intertwined.

While Dandara’s approach to weapons and exploration are firmly in line with the long tradition of Metroid-style platformers that have come before, its approach to progression borrows liberally from Dark Souls. 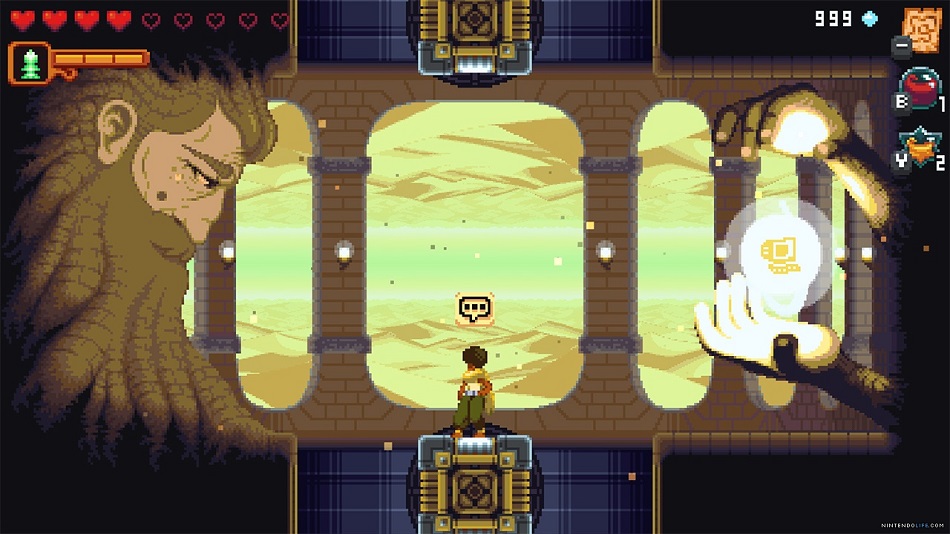 While the rightful inhabits of Dandara’s world are few and far between, their homes are heavily repopulated by the colonizing Eldar, each of whom drop Salt (the equivalent to souls in From Software’s titles) when defeated. Dandara collects the substance as she blasts through encounters, and upon arrival at camps scattered throughout the world, she can use the accumulated sodium to increase her health, stamina or her stock of restorative items. If the player is killed before they reach camp, as in Dark Souls, they have one opportunity to regain their lost salt. If they die again before reaching it, the salt is lost.

Dandara’s influences, drawn from both the history of Brazil and from gaming, are readily identifiable. But what sets the game apart is its bold new approach to traversal. The player’s character can’t walk or run, but instead flings herself from point to point — a move which has more in common with the X-Men’s Nightcrawler than Simon Belmont.

As a result, locomotion takes on the feeling of a shooter, with the player lining up Dandara’s path through the world via rotations of the right thumbstick. This feels awkward at first, and for my first hour or two I found myself pausing to clumsily line up shots. The control scheme soon began to feel natural, and combat took on a frenetic pace as it coalesced into a colorful whirl of lasers, Salt and whooshing harem pants and yellow scarf.

This approach to movement is on glorious display in Dandara’s frantic boss battles. None of them are particularly challenging, but the majority of the encounters make interesting use of her warping ability by centering geometrically-intricate stages around gorgeously rendered, screen-filling enemies. Full disclosure — I rarely enjoy boss battles, but Dandara seamlessly translates the flow of its gameplay loop into the flow of battles. In fact, my only substantial complaint is that, if players level up their health and stamina at regular intervals, the final boss is a pushover.

That’s a minor flaw, however, in a game that is a sparkling and unique addition to the Metroidvania stable. While Dandara’s world has ostensibly little to do with Dandara the historical warrior apart from inspiration, I hope that players finish the game and feel as interested to explore her story as I was to explore Long Hat House’s gorgeous and intricate world. Rating: 9 out of 10

Disclosures: Dandara is developed by Long Hat House and published by Raw Fury. It is currently available on PS4, Xbox One, iOS, Android, PC and Switch. This copy was obtained via publisher and reviewed on Switch. Approximately 19 hours were devoted to the game and it was completed. There are no multiplayer modes.

Parents: Dandara is rated E10+ by the ESRB for Fantasy Violence and Language. The violence is cartoonish and pixelated. The cursing, as far as I remember, is limited to one use of “bastard.”

Deaf and Hard of Hearing Gamers: What little dialogue there is, is subtitled. I played about half the game with the sound off and didn’t experience any problems. Dandara is fully accessible.