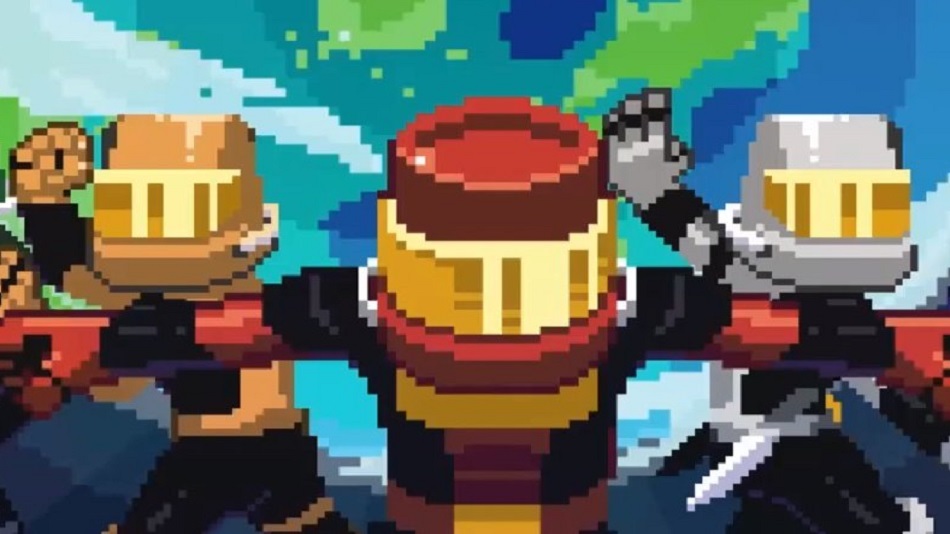 I approached Chroma Squad, the 2015 tactical RPG released last month on consoles, with the knowledge that I am only half of developer Behold Studio’s ideal player.

I bring to the table no nostalgia for the Power Rangers, the Americanized Sentai property that Chroma Squad is lovingly sending up. I avoided the popular ‘90s show, because, weirdly, I was always embarrassed to watch kids’ shows with my parents in the room. If I was cringing at Zach and Cody’s juvenile jokes, how hard would my parents roll their eyes?

On the other hand, I love turn-based strategy games. I grew up playing Shining Force and Final Fantasy Tactics Advance. I loved chess as a kid, but rarely had anyone to play with. As such, these games provided an opportunity for me to flex my strategic muscles against an AI.

While I may not be the exact player the developers had in mind, I’m happy to report that Chroma Squad is a good tactical RPG… but sadly, it’s also one with crippling technical issues.

The game follows a group of stunt actors, who after a brief tutorial sequence which finds them slaving away under a dictatorial, narcissistic director, quit their day jobs to start their own company and independently produce their own Sentai show. To do this, the player is tasked with battling evil minions and boss monsters while also managing the Squad’s studio. The Power Rangers group structure, it turns out, translates pretty neatly to team-based strategy combat.

For example, assigning different abilities and traits by color makes it easy to read the battlefield at a glance. The blue ‘ranger’, I learned early on, is a techie and uses guns in combat. Black is assault, and brings powerful ax strikes and ‘squarehouse kicks’ to the mix. Pink is an assist, and wields an arsenal of HP-restoring techniques. Team moves are easy to execute, and pulling off a ‘Chroma Power’ strike to vanquish a powerful enemy is satisfying. 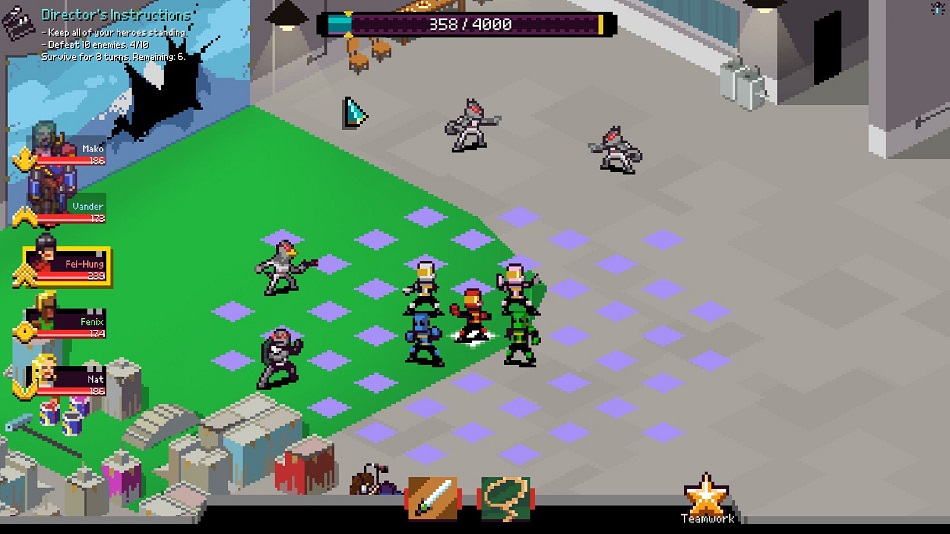 From a design standpoint, the maps skew a little too flat. A handful of battlefields take advantage of height differentials, but any gulf between player and enemy can be bridged without much special maneuvering. Combat is enjoyable, but about halfway through the game, battles begin to feel a little same-y. The devs get around some of this weak level design by varying the scenery with each episode. One area finds our heroes descending into the sewers to take on swampy monsters, while another sends the Squad rocketing up into space.

Most battles take multiple rounds to complete with the first few dedicated to tactical ground battles. Once those are out of the way, the game shifts into high gear with the Squad members beaming up into a massive mecha for a fistfight against a towering enemy.

These sections are exhilarating, but easy—over the course of 15 hours, I never had to attempt a mecha sequence twice. However, despite the low difficulty, vanquishing a giant monster with a finishing move was a consistent high point. My only problem with the mecha battles came from the game’s prevalent technical bugs. These battles depend on impeccably-timed button presses, and framerate dips often caused me to miss my window. I even encountered these frame drops in the turn-based sections.

Issues arose with the music as well — sometimes two different themes would play at the same time or the soundtrack might drop out completely. For a low-fi, 16-bit throwback like Chroma Squad that’s not pushing the hardware, this sloppiness isn’t easily excusable.

I also took issue with the difficulty settings available in the menu. Chroma Squad provides four different tiers of challenge and none of them felt quite right. On “Challenging” I died over and over and over, but on “Interesting” (the next step down) I steamrolled through every encounter. Over the course of my playthrough, I repeatedly found myself wishing that the devs had provided at least one well-calibrated default difficulty instead of four mediocre settings.

While these are serious, at times crippling, problems, my experience with Chroma Squad was still largely positive. I enjoyed the basic story, and the pop culture references added flavor, even if anything Power Rangers-specific went right over my head. For those in center of the Venn diagram that combines turn-based strategy games and ‘90s sentai, Chroma Squad will deliver exactly what they’re looking for. Rating: 7 out of 10

Disclosures: Chroma Squad is developed by Behold Studios and published by Bandai Namco. It is currently available for PlayStation 4, Xbox One, Microsoft Windows, Linux, Android and iOS. The game was obtained via publisher and reviewed on the PS4. Approximately 15 hours of play were devoted to the single-player mode, and the game was completed.  There are no multiplayer modes.

Parents: According to the ESRB, the PS4 and Xbox One versions of Chroma Squad are rated Teen for violence, suggestive themes and mild language. However, the game’s Steam page, lists an E10+ ESRB rating. The game is presented in a pixelated, 16-bit art style, and the violence is constant, but mild. As far as the suggestive themes and mild language are concerned, I don’t remember anything. IMO, parents who want to share their love of the Power Rangers with their kids should have no qualms about letting young children get their hands on the game.

Deaf & Hard of Hearing Gamers: Every line of dialogue is subtitled, there are no voiceovers, and every sound effect is presented with an accompanying visual cue. It’s fully accessible.