"It's time for the big E3 round-up!" is what I might be saying now if I could be bothered to trawl through every commercial games site digging out the links to videos you've already seen. Nope! This here's a good old-fashioned GC News hoedown: Iranian propaganda games, a beard-stroking discussion about comic book authors writing for games, and the customary do-gooding story about games-for-good (which nobody plays) being counterbalanced by two or three about other games (which everybody plays) sowing the seeds of humanity's downfall. Oh yeah, and a really popular game title in the teaser to make sure everybody reads it. This week: Halo 3.

[NB: Due to a moral miscalculation, there will be no 'do-gooding story about games-for-good' this week, but double the number of 'games are evil' stories. Enjoy!] 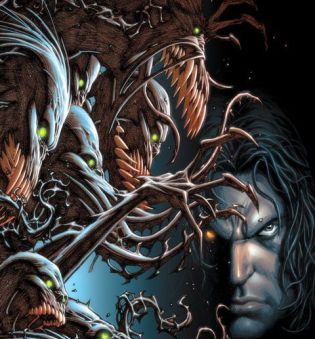 “I could see an optional ‘Family Play’ control scheme become something of an industry requirement on appropriate titles.”

Within a week of writing this little prophecy, it has satisfyingly come to pass as Publisher X uses EA’s Family Play model as their reasoning for asking Developer Y to implement a Remote-only control system for their upcoming Wii game, “Title Z”.

Sorry for the secrecy, but the important thing is: I was right. 😀