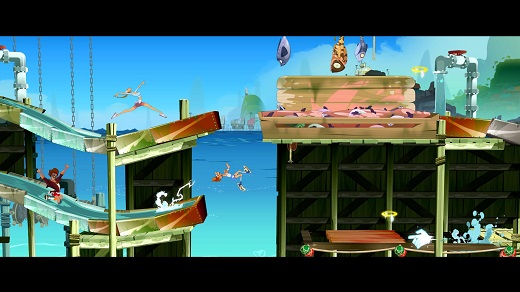 HIGH: Smite the puny humans and watch them fly!

LOW: Getting through the slow-paced tutorials

As a concept, Harold is pretty damned out there.

In this new title from Moonspider, the player is given the role of a guardian angel who's taking his final exam at Guardian school. His task? He must guide the titular Harold through a series of obstacle courses and beat other mortal competitors with their own guardian angels-in-training.

The best way to describe Harold mechanically would be to call it an endless runner with platforming and puzzle elements, but that really doesn't do it justice.

As Harold is committed to constantly jogging forward, the player must manipulate the environment using all sorts of angelic powers—things like striking Harold with a burst of lightning to ‘encourage' him into a Wile E. Coyote-style sprint, or cutting the rope that another runner is happily swinging upon.

Players will be required to keep a balance between looking after Harold and trying to slow down other runners, and as the races get increasingly complex, this can be a difficult task to master. Once achieved, however, the sense of satisfaction is pretty rewarding. One complaint? I found the inability to use mouse and keyboard a bit frustrating. Bring a controller.

While the gameplay is satisfying, the art style is arguably Harold's greatest strength. The attention to detail is impeccable; each athlete has a unique look and feel, with each one demonstrating their personality in the way they run, climb, jump and so on. It's so nice to look at, in fact, that I sometimes found myself letting Harold fall behind because I was too busy indulging in the visuals.

It would be easy to write Harold off as a mobile game out of its depth, and I'd be lying if I said the basic concept of the game doesn't scream out for touch controls—it would certainly be the most intuitive way to play. That issue aside, Harold's charming visuals and comical tone may come across as deceptively simplistic, but it offers depth and challenge to those who make it past the slow pace of the first few levels. Rating: 7.5 out of 10


Disclosures: This game was obtained via paid download and reviewed on the PC. Approximately 5 hours of play were devoted to the single-player mode, and the game was completed. There are no multiplayer modes.

At the time of writing, this game has not been rated by the ESRB. Like your favourite Saturday morning cartoon, however, there's nothing to be offended by.

Deaf & Hard of Hearing: There are readily available subtitles during the cut-scenes and in-game tutorials. 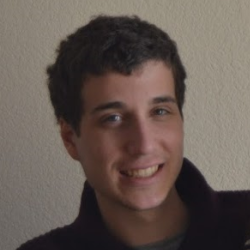 Great debut piece, Alex. Admittedly this game isn’t really my thing (not a fan of endless runners) but it definitely sounds like it has a unique style that’ll appeal to certain gamers. Rather strange that it wasn’t put on mobile devices for touch control.