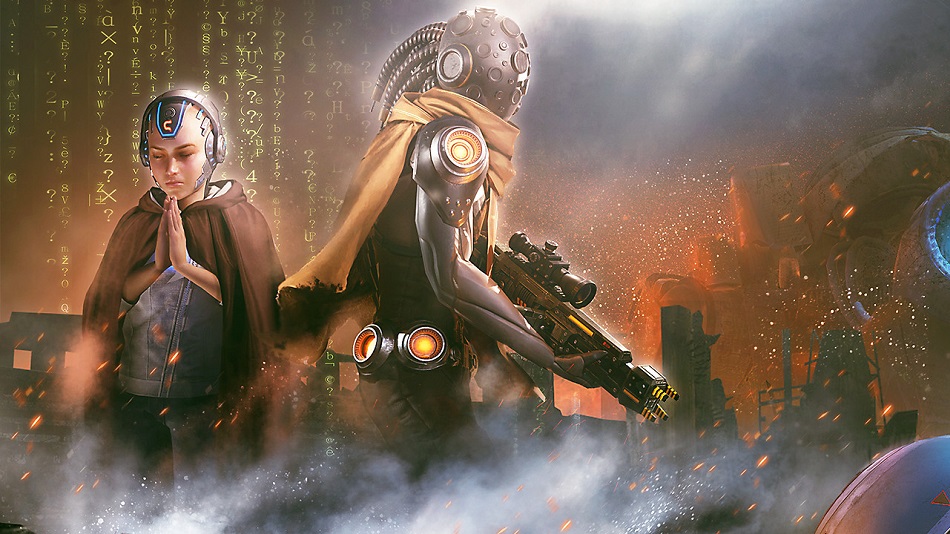 The subject of this installment: Gene Rain, developed and published by Deeli Network Technology ltd.

Gene Rain is complicated for me in many ways, but largely because it makes me hold a mirror up to myself.

The reason it’s getting a ‘This is not a review’ treatment is not because I haven’t finished it, nor because I can’t fully form an opinion on it. No, it’s because I am a coward — I don’t have the fortitude to go back and forth with my editor in an effort to try and justify the 9.5 score I want to give despite the obvious failings it has.

Even if I could convince Brad to see things my way, I wouldn’t have the energy to deal with the potential visitors from Metacritic coming for GameCritics’ blood. I can just imagine it now — you gave God of War a 7.5 but Gene Rain is almost perfect?!? I have visions of people finding out where I work and trying to get me fired because only a pedophile — or worse, a person with a different opinion than theirs — could possibly hold these thoughts in their darkened soul.

This is one of the problems with games — review sites are pilloried for having a different viewpoint. Too many people out there feel that there’s a need to toe the line of popular consensus. Life would be a better, prettier place if we could realize that we aren’t going to agree with everyone all the time. We need to grow up.

Now, to change gears a bit… 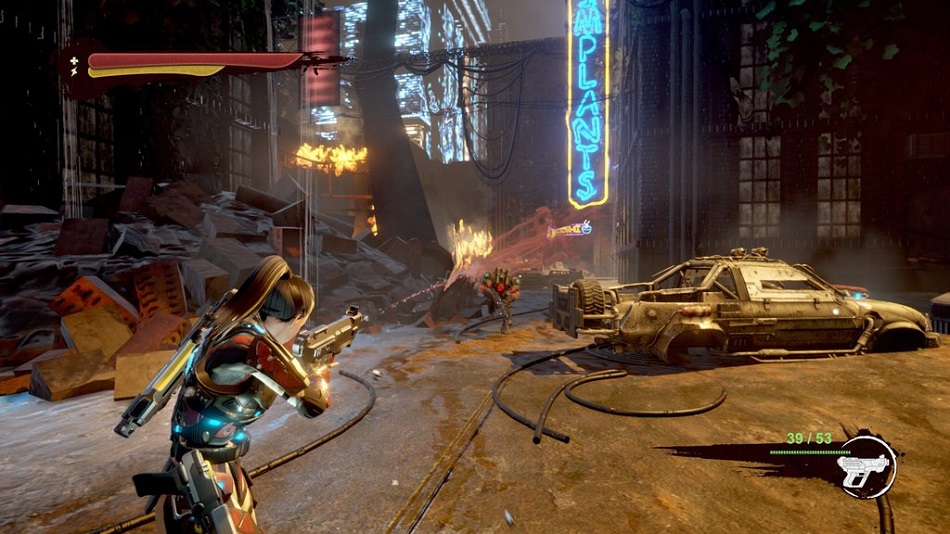 Gene Rain is a mess from top to bottom, but that shouldn’t matter because there can be value in such things. For example, if someone asked me what my favorite film of all time was, I would without hesitation say Akira Kurosawa’s Seven Samurai. What would take a little more coaxing, however, is that my favorite film of 2018 is Beyond Skyline — a brilliantly stupid sequel to the bland Skyline. I also wouldn’t tell you that one of my favorite books, next to Cannery Row, In Cold Blood and Glamorama, is Kung Fu High School by Ryan Gattis. It should be no surprise that the book is exactly what you’d expect with a title like that.

Getting back to Gene Rain, it’s a third-person cover shooter that fails to use its cover mechanics in an interesting way. The player alternates between three different members of a group bluntly called ‘The Death Squad’. There’s Alex the dudebro who can summon turrets from heaven, Salman the robot who can generate a shield, and LiYing, an assassin who can do a thing that makes the game harder to play with no real clear benefit to the user. The squad is in the middle of an event called the Gene Rain — and what does that even mean? I have no idea, it has something to do with… wind turbines, maybe? I paid attention to every word of dialogue, enraptured by every misstep, but I’ll be damned if I know what the point was.

To give you an idea of the plot —

ASI (who is a weird robot kid): Emily, you may not understand what happened here. We can take out your barren brain to directly extract the memories, but I share the same mechanical heart with you. If you die, I die. My clansmen are out there. Do you want them to come in? They know better about the value of sacrifice than your human! (sic)

Emily (an old lady in military garb): I don’t think it is worth to reserve the memories of 20 years ago. (sic)

What does it mean? I went to the developer’s website and it seems to be something about how there are factions fighting each other, and there are no good people in the world — only varying degrees of grey. Based on this dialogue, you could have fooled me. 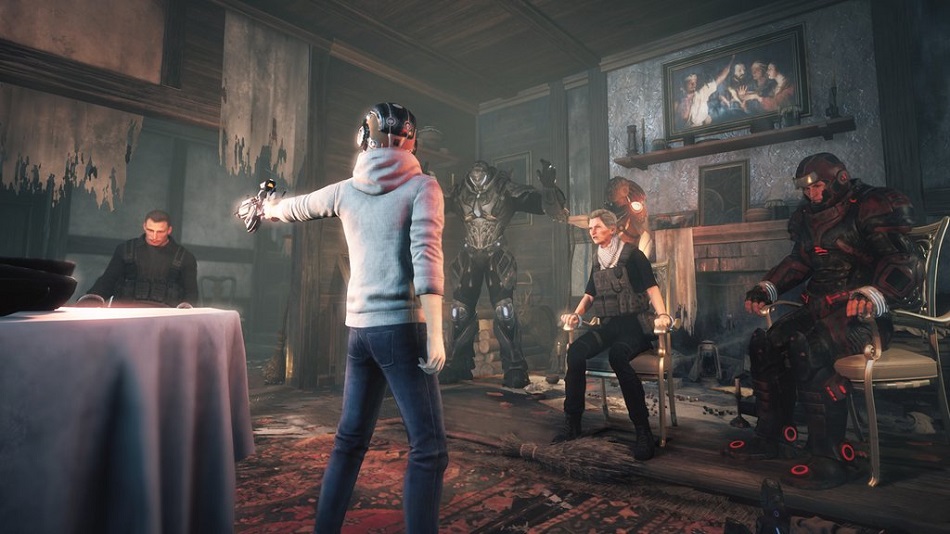 The level design and AI routines makes the game almost impossible to play on Normal difficulty. I could see what they were trying to do by having rush-down characters that ignore cover, but standard enemies can also shoot the protagonist through cover, so there are sections that feel overwhelming. I would love to see someone beat this on the hardest difficulty, as it would have to be the work of a prodigy.

The boss battles are hilarious. One level had me in a mech suit whose aiming arc wasn’t high enough to hit the UFO boss I was up against without retracing my steps through the level, and to make matters worse, on anything other than Easy the damage the boss does seems insurmountable.

In another section, the robot Salman is required to use his shield to soak up damage and shoot at a floating coolant core. However, the core is a bullet sponge and it’s possible to use up all of Salman’s ammo. The only recourse is to loot the bodies of infinitely spawning enemies that keep charging him. On Easy, Salman can take a decent number of hits and collect the ammo. On Normal, his shield gets drained in less than five seconds — hardly enough time to get more than the barest refill.

Objectively speaking, all of the parts that make up Gene Rain are bad. It won’t win any awards (unless there’s a videogame equivalent of the Golden Raspberry) and I don’t care.

This game is a tremendously awful feat that I love wholeheartedly because sometimes art is built with an earnestness that makes me adore it — it’s a quality that a ‘superior’ game simply cannot possess. The gaucheness of the story, the workmanlike voice acting that tries to rise above the script but can’t, the clumsy level design that makes it feel like I’ve returned to 2002 and the original Xbox… all of this makes Gene Rain a fantastic pleasure. This is where ‘objective’ reviews and scores fail games like this, because sometimes what I want is something that heroically falls flat on its face. 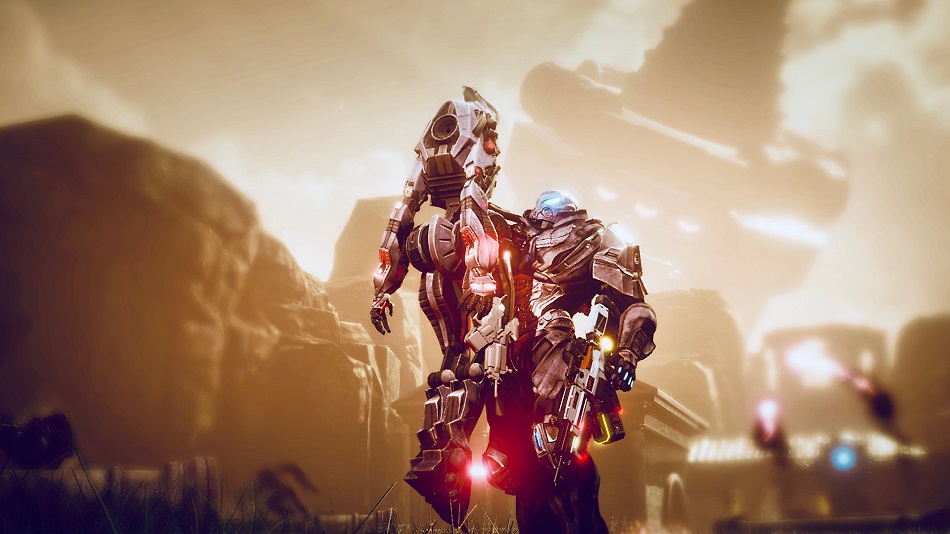 Reading The Disaster Artist – the book about the making of the widely adored but utterly contemptible film The Room – the writer, director and star, Tommy Wiseau, watched the film The Talented Mr Ripley and was inspired to make his inept movie as a facsimile of what he saw. I can see similar grandiose visions in Gene Rain — they must have looked at science fiction writing and games like Gears of War and thought ‘we can do that too’. They couldn’t, but I admire those aspirations.

So, I wish I wasn’t such a coward. In the same way that Roger Corman has made great films and Afrikan Boy’s ‘One Day I went to Lidl’ is better than it deserves to be, Gene Rain is a glorious, horrible mistake of a game, but it’s also one that’s plastered a massive, goofy grin on my face from beginning to end.

He can be found on twitter, where he welcomes screenshots of Dreamcast games and talk about Mindjack, just don’t mention that one time he was in Canada.
Latest posts by AJ Small (see all)
Tags: Afrikan Boy AJ Small Gears of War Gene Rain Roger Corman The Room This Is Not A Review Tommy Wiseau
Subscribe
0 Comments
Inline Feedbacks
View all comments