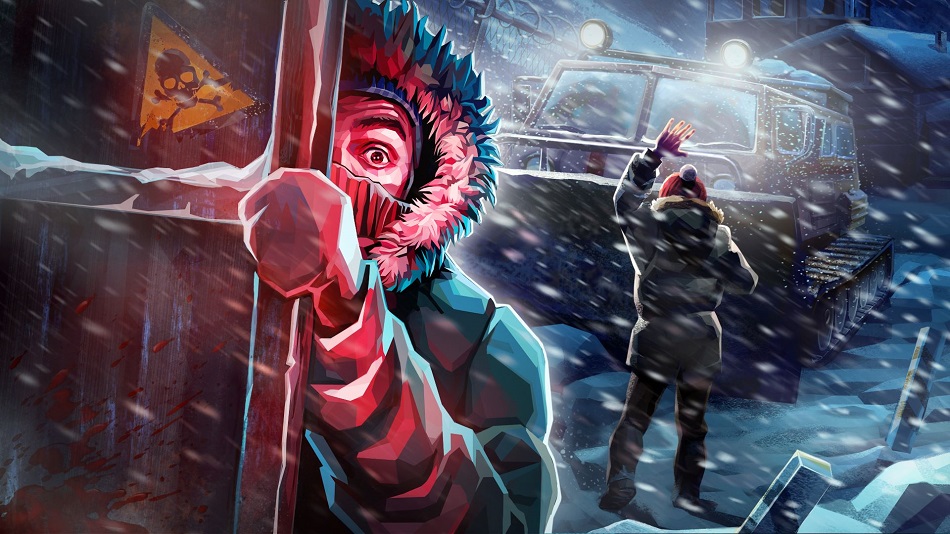 The subject of this installment: Distrust, developed and published by E-Home Entertainment Co., Ltd

I am loathe to give Distrust a TINAR because it’s so promising. However, as should be apparent by the end of this non-review, it would be hard for me to give it a score without also having to score myself as the audience.

The game has an interesting premise, taking inspiration from John Carpenter’s The Thing. It’s the story of a crew that crash lands on an arctic base that appears to be abandoned. The crew are freezing and need to fight the elements and fatigue, as well as discover the mystery behind the empty facility.

Structurally, it’s a top-down/isometric RTS game where the player controls up to three crew members. The camera is not fixed, and allows rotation around the map for a better view of the areas that the crew must go into. The main tension comes from monitoring each character’s three meters — Warmth, Stamina and Satiety. (For those wondering if “satiety” is a real word, I looked it up, and it is. I suspect that whoever localized the writing might have google translated this because “Hunger” would have been a better descriptor.)

To replenish these meters, the player will have to split the group up and look for supplies, weapons, tools, crafting elements, places to sleep and the mechanism for opening the next area of the facility. 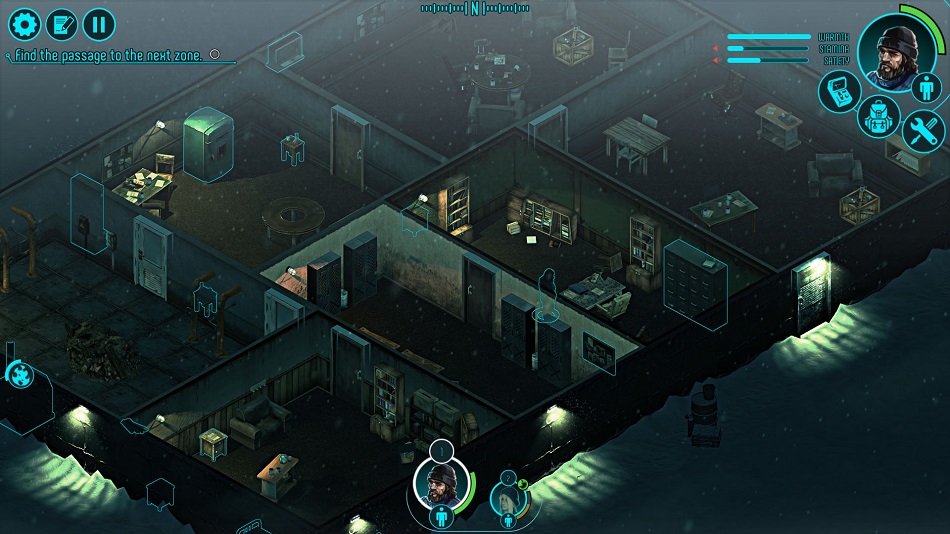 The purpose of the main meters are obvious, but failing to sleep will cause the characters to go crazy, while sleeping too much will cause floating monsters to track them down — explained by the creatures being attracted by brain waves during sleep. Too much damage or continued sleepless madness will cause the character to slip into a coma and then death. Death is permanent, and losing all your crew means starting again.

None of this is explained clearly in the tutorial, so it’s up to the player to discover this on their own or through diegetic hints from computer entries and notes littering the area. There’s a lot to learn, and there are many options available in any given scenario. For example, if a character encounters a locked door, they can shoot the lock (opens instantly but costs a rare bullet), they can crowbar it (quick, but degrades the tool that might be essential later), they can use an axe (if the door leads to the outside, this causes loss of heat within the cabin), or they can spend a long time sorting through a bunch of keys for the correct one.

All of this is hugely appealing to me — the roguelike elements the limited tutorial that requires work from the player, and the tension of near death and paranoia to mimic my favorite Sci-Fi/Horror film… this should have been My Kind Of Game™.

The problem? The control system and how that changes the feel of the game. Because of its RTS floating-pointer controls, I spent most of my time staring at places where my characters were not. 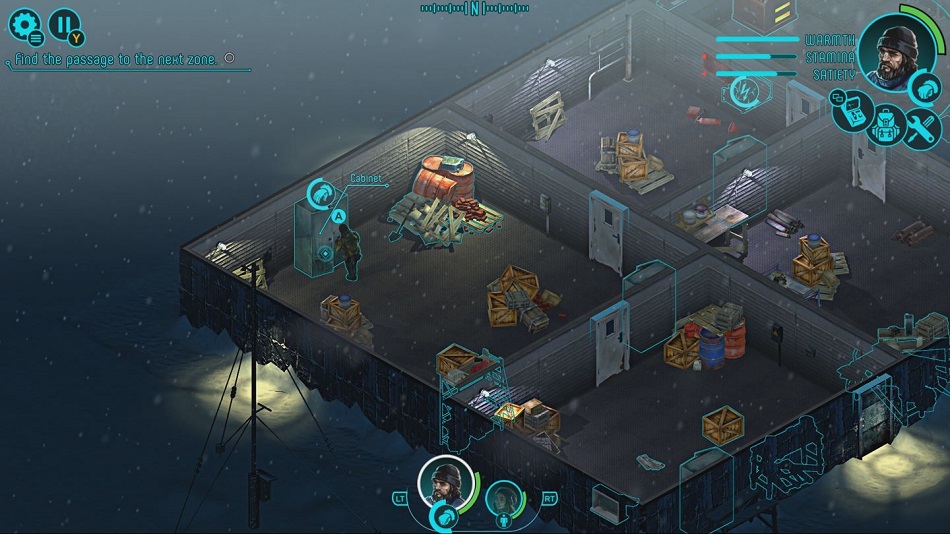 Issuing orders and to properly optimise the play it means looking at empty cabins and then immediately flitting away from it before my character even arrives, to another empty space where the action is not. On top of that, the controls clearly have Keyboard and mouse in mind because on a controller it’s cumbersome to highlight the crew member I want to issue an order to, open the map, go to the point I want them to interact with, issue a command, then switch control to another crew member, open the map again, issue another command… wash, rinse and repeat. Also, since switching characters does not refocus the camera on them, I would often be looking at one character but in control of the other and issue a wrong order.

This interface led to me feeling disconnected and meant that playing Distrust had the tension of monitoring meters without the visual feedback associated with a good horror game. I just wasn’t emotionally invested in my crew, and this is a failing in my eyes because the stakes are meant to be high, but the game simply can’t make me feel it when I’m spending so much time staring at waypoints.

On top of all this, the game is just plain hard, and getting to the second area without at least one of my characters being on the verge of death felt almost impossible to do. Maybe it’s meant to be have people constantly being killed off like in a Horror movie, but in that case this should have been clearly communicated to the player — something similar to the XCOM reboot that murders 60% of the squad in its tutorial would give a clear message.

I found myself simultaneously bored and stressed by Distrust. Some of this might be alleviated by playing it on PC where the management element might be less frustrating, or it might also be solved by changing the control scheme on console to make me feel like I was with the crew members, rather than simply ordering them about. My engagement here was certainly lacking, but I did appreciate the myriad of options, the art style that evokes the cold of Siberia (where the development team are from) and the ’80s paranoia cinema vibe, but by the end it made me feel like I failed Distrust just as much as Distrust failed me, only ever getting to the second area and being unable to find the mental fortitude to get further. There is so much going on in the game that I did not engage in, so to score it would have necessitated a score for myself.

He can be found on twitter, where he welcomes screenshots of Dreamcast games and talk about Mindjack, just don’t mention that one time he was in Canada.
Latest posts by AJ Small (see all)
Tags: AJ Small Arctic Distrust E-Home Entertainment John Carpenter The Thing This Is Not A Review
Subscribe
0 Comments
Inline Feedbacks
View all comments