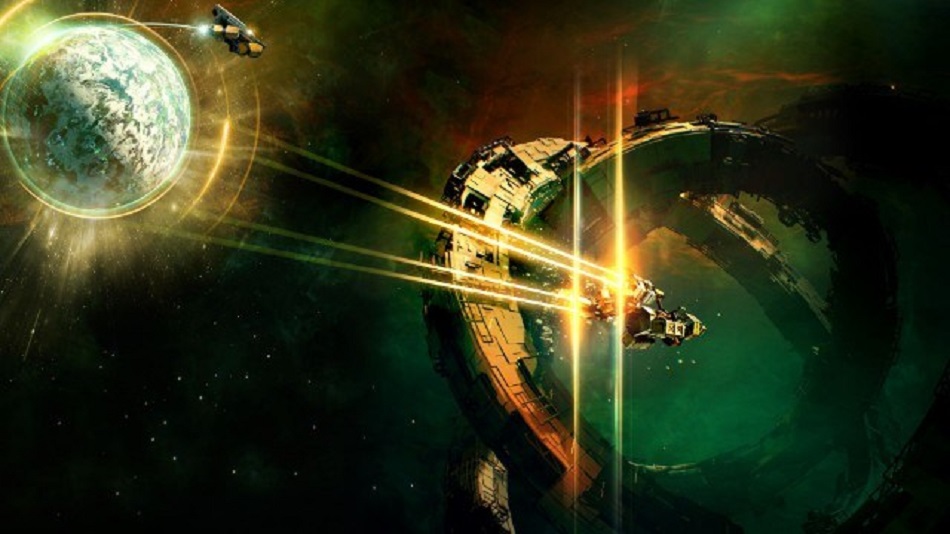 LOW Landing on literally any planet that isn’t harmless.

WTF In this game, Farscape is more dangerous to live in than Andromeda.

There were moments during my time with The Long Journey Home when I was laughing, moments when I felt introspective, and moments when I wanted to throw my controller at the wall. It all felt appropriate, given that it draws much inspiration from ’80s and ’90s space games like Star Control and Elite, a genre that I dabbled with many years after its heyday and struggled with, both cognitively and technically.

The setup is that the player picks four crew members from an assortment, and then pops them into an experimental ship that encounters difficulties and accidentally takes them hurtling across the universe into a completely unknown galaxy. They encounter a strange artifact upon arrival, and then try and make their way back to Earth.

The story is light in terms of characterization — light banter between crew members provides some color, that’s about it. Each of the crew are spread across broad stereotypes like the asshole company man, quirky tech geek, borderline-sociopath scientist, honorable ship captain, and so on. None of it is ever essential, but it gave me just enough to care about. 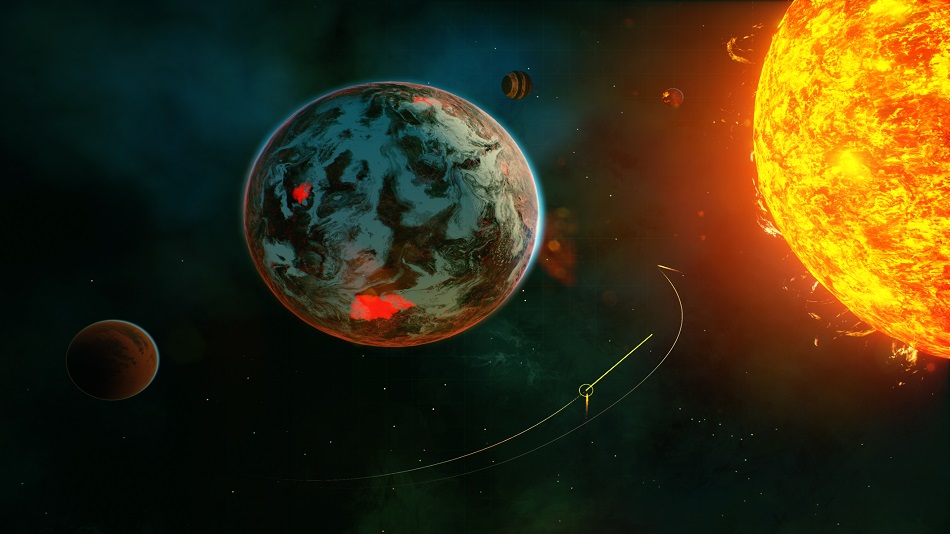 A more significant part of the story development comes from encountering alien races. Each race fits some obvious trope (the ultra-religious, the ultra-capitalists) and some less-obvious (a race that hangs out around black holes and talks conspiracy theories). The most fascinating of these races — and to be honest it was hard to choose — are a group of higher beings that don’t directly cause harm, but like to play judge in intergalactic affairs and then pay humans to act as executioners.

The joy (and mystery) of meeting these new species was figuring out how much of what they were telling me was real and how much was a product of language barriers. This process is done through an elaborate multiple-choice conversation system where saying certain things unlocks more dialogue options that then allowed for learning more. For example, the first requests seemed relatively harmless until I realized I was being tasked with genocide. Admittedly, it was the genocide of a plant creature that assimilates whole planets and infected my crew, but it still made me uncomfortable to wipe them off the face of the universe.

There are stories like this one for all the races, and exploring them is what constitutes the best part of The Long Journey Home. Unfortunately, the problem is getting to them. 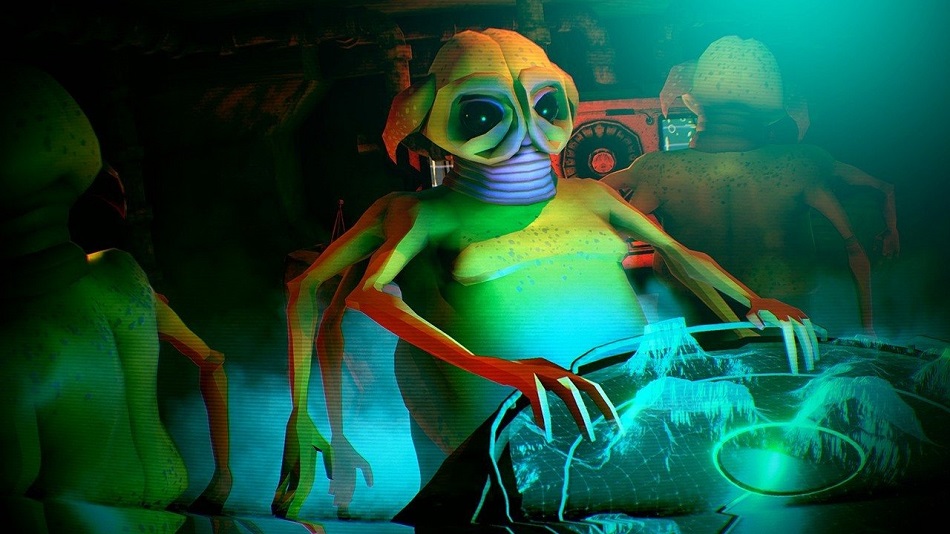 Mechanically, travel through solar systems is presented as 2D top-down representation of galaxies and solar systems, and the player’s ship is basically a cursor that must deal with gravity and thrust. Meeting aliens and space battles also happen here. There are also interludes where the player must take control of a lander and make trips down to planets in order to collect resources.

The game is simple enough as described so far, but keeping the crew alive and the necessary resources stocked is where the challenge and frustration comes in. Collecting any of the supplies needed (thrust fuel, hyperdrive fuel, metal for hull repairs, and so on) is done by dangerously orbiting a star and scooping up matter, entering an asteroid field and attempting to mine rocks, landing on planets and harvesting gas, or trading with the other races. While attempting any of these things, crew members will randomly receive injuries and parts of the ship or lander will be damaged. Death and failure are always around the corner since simply travelling can hurt, landing on planets will most likely hurt, and picking the wrong dialogue choice with an alien can be perilous.

It’s also important to note that the starmap and events are randomly generated when players begin a new game — sometimes I crashed out early on due to poor circumstances like a series of aggressively difficult planets that destroyed my lander, or systems that simply had no gases to use for fuel. Worse, sometimes my failure would be a slow burn with things piling on bit after bit in insurmountable fashion – one thing after another and then before I knew it, my crew would start going down and my ship would end up floating through space with no hope of seeing Earth. And the absolute worst? Moments when it all goes wrong because of a poor decision made hours earlier — something like selling an innocuous item that turned out to be key, or spending crucial money on an upgrade that I ultimately didn’t need. 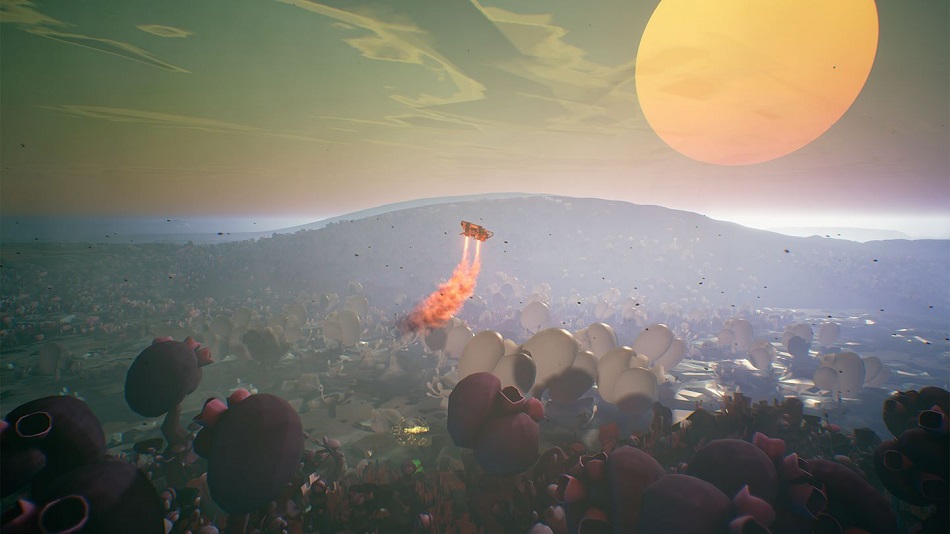 Essentially all of these failures aren’t bad things — the next run in a fresh universe allowed for meeting the races in a different context, and I’d say that this is the game’s meta, and a reason for replay. However, the problem is that the resource management is so frequent and unavoidable that it gets in the way of the stories and exploration. Many modern roguelikes build in persistent upgrades or unlocks that carry over between attempts, but The Long Journey eschews that approach and is worse for it. Each new attempt at reaching Earth can be equally punishing, even when the basics are mastered. To spend hours trying to get to the last solar system, only to die horribly and then have nothing to show for it is hugely demotivating.

So, is The Long Journey Home worth it? Overall I’d say yes, the moments of discovery and dealing with alien races makes the experience worth engaging in. My only hope is that the developers introduce a difficulty setting that allows players to dial back the drudgery of resource collection. The good outweighs the bad here, but there’s a much better experience waiting to be discovered underneath the busywork and failure. Rating: 6.5 out of 10

Disclosures: This game is developed by Daedalic Entertainment West and published by Daedalic Entertainment. It is currently available on PC, Mac, Linux, Xbox One and PS4. This copy of the game was obtained via Publisher and reviewed on the XBO-X. Approximately 18 hours of play were devoted to the single-player mode, and the game was not completed. There are no multiplayer modes.

Parents: According to the ESRB, this game is rated M for Mature and contains Sexual Themes and Strong Language. The game is not particularly gory, but more than earns its rating — mature themes like genocide, suicide, and murder are portrayed. Although never graphic, it can be disturbing. The difficulty level is also very high, so overall this is not recommend for pre-teens.

Colorblind Modes: There are no colorblind modes available in the options. I struggled with some objectives given the tiny icons combined with my mild colour blindness.

Deaf & Hard of Hearing Gamers: There are no voiceovers, so everything is conveyed by text. Some of the communications are hard to parse from the interface (the minimap is confusing with or without sound) but otherwise the game is fully playable without audio cues. It is not possible to alter the size of the text. 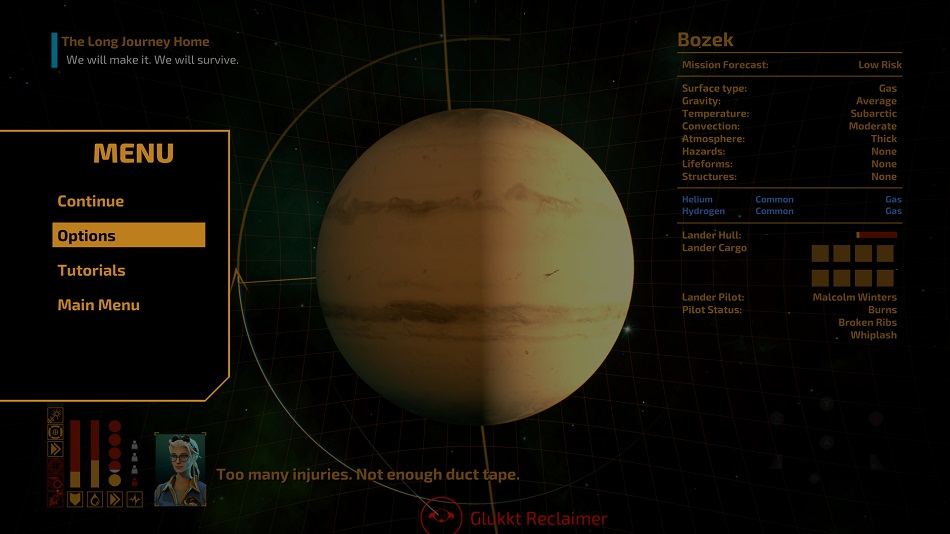 He can be found on twitter, where he welcomes screenshots of Dreamcast games and talk about Mindjack, just don’t mention that one time he was in Canada.
Latest posts by AJ Small (see all)
Tags: AJ Small Daedalic Exploration review Space Star Control 2 Tharsis The Long Journey Home X Xbox One
Subscribe
0 Comments
Inline Feedbacks
View all comments