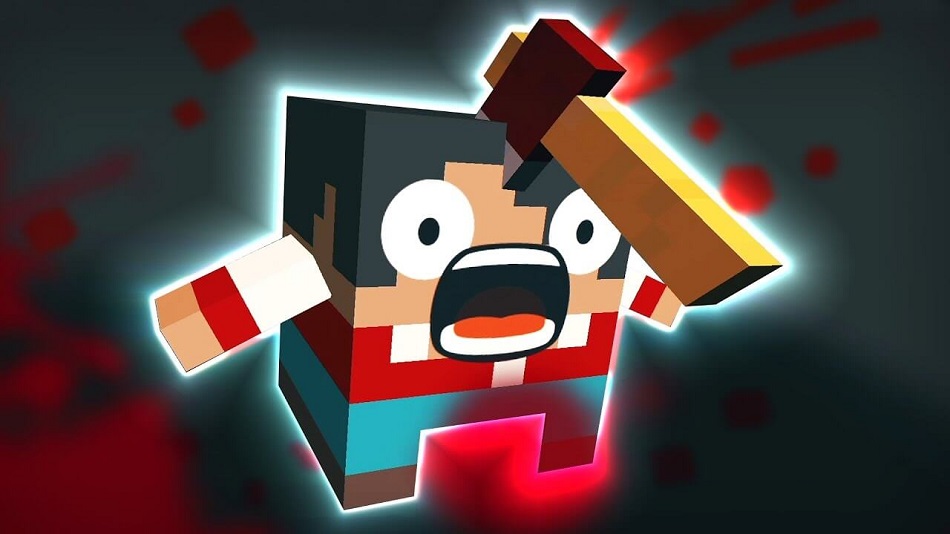 HIGH The attention to detail and affection for ’80s slasher fans

WTF Why do I care about cats?

Slayaway Camp is a game about sliding puzzles dressed up in slasher film tropes. Dan Weissenberger’s original review of the base content emphasizes this, and I’m here with this follow-up to say that Slayaway Camp: Butcher’s Cut carries on in that same tradition.

For those who haven’t read the original writeup, Slayaway Camp is divided up into ‘films’, with the player controlling a variety of serial killers by sliding them around a single screen in order to kill teens and cops. Once the killer is in motion, it won’t stop until it comes into contact with a wall, a victim (which they will then kill), or a level trap (which instantly kills them).

The design of each area is devious, and the game comes up with ever-more-inventive constructs as each ‘film’ introduces new elements — a cat that must not be killed, walls that are electrical and cannot be touched until deactivated, cops with laser sights that shoot anything within their reach, escape routes for victims, and more. Trigger any of these while sliding around, and it’s game over. 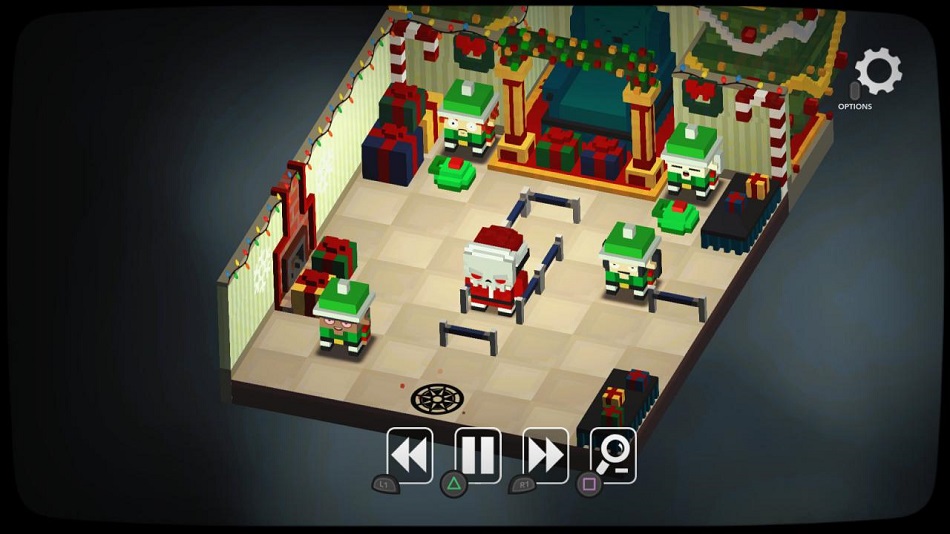 Dan said much about Slayaway‘s loving tributes to 80s horror, and my personal favorite is one reproducing a scene from Friday the 13th Part VIII: Jason Takes Manhattan in which the killer punches a person’s head off. It might sound seems gruesome, but the macabre nature of the reenactments is offset by everything rendered with adorable Minecraft-like block characters. Thanks to these aesthetics, brutal maimings are cute in a way that I never imagined they could be.

There’s not much more I can add to the gushing review of the original Slayaway Camp except that the Butcher’s Cut now has even more puzzles and more things to unlock. It’s fairly mammoth, really.  In fact, this brings me to what is (I guess?) my only problem with the game – there is simply so much content that it all starts to blend together. Even with inventive new spins, this many levels become a blur of blocky murder. It’s all well-crafted, but sometimes I felt like there was too much of a good thing here.

For those who are in search of a good puzzler wrapped up in bloody homage, Slayaway Camp: Butcher’s Cut is a great way to go. Rating: 8 out of 10

Disclosures: This game is developed by Blue Wizard Digital and published by Digerati Distribution  It is currently available on PS4 and Xbox One. This copy of the game was obtained via publisher and reviewed on the Xbox One. Approximately 7 hours of play were devoted to the single-player mode, and the game was not completed. There are no multiplayer modes.

Parents: According to the ESRB, this game is rated M and contains Violence, Blood and Gore, Suggestive Themes, Drug Reference. The rating is very much earned, people are decapitated, impaled, electrocuted and so forth. It is highly unsuitable for young children, but teens and early teens will likely just laugh it off.

Deaf & Hard of Hearing Gamers: Almost everything in the game is visual and tutorialized, and the nonverbal cutscenes rely on facial expressions rather than audio. It’s fully accessible.

He can be found on twitter, where he welcomes screenshots of Dreamcast games and talk about Mindjack, just don’t mention that one time he was in Canada.
Latest posts by AJ Small (see all)
Tags: AJ Small blue wizard digital Digerati Horror Puzzle review slayaway camp butcher's cut Xbox One
Subscribe
0 Comments
Inline Feedbacks
View all comments