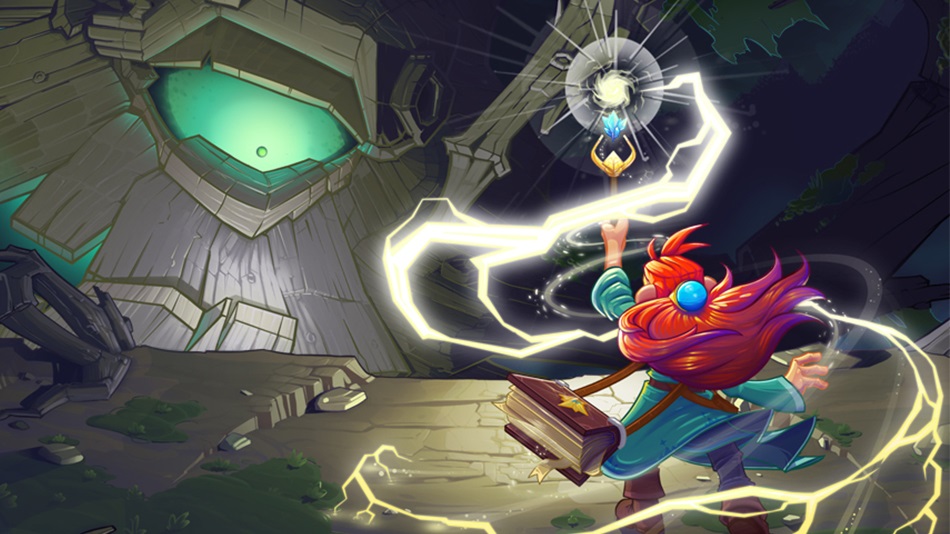 LOW Backtracking for Scarabs and Seeds.

WTF That’s a lot of trust these experienced mages have in a newbie.

The Canadian Media Fund is an interesting institution. It sponsors hundreds of projects each year, and the consistent quality of the games that fall under its wing are impressive. Of their output, I’ve have had the good fortune to play The Long Dark, Chariot, and now Mages of Mystralia.

Taking on the role of newly-anointed Mage named Zia (and her ‘pet’ spellbook) the player is tasked with exploring her world and attempting to reverse the prejudice against magic wielders caused by a mad king. The gameplay is similar to the Legend of Zelda series — the world is nominally open with progress blocked by obstacles that require specific spells or abilities to pass. The game doesn’t have boomerangs or bombs, but it has equivalents usually locked away in dungeons behind boss encounters.

If Mages of Mystralia had played it completely straight, I think I would still have enjoyed it. The art style is pleasing thanks to light pastels and sparing use of black lines — it’s reminiscent of French cartoons and comics like Asterix and Tintin. The camera is entirely controlled by the game and does a great job of sweeping around to emphasize the size and scale of landscapes, or by zooming in to create cinematic tension. The story itself is solid (if unremarkable) and most of the big twists are signposted early on. At the very least, I can say that it’s not intrusive.

What I’ve described may not sound noteworthy so far, but where Mages of Mystralia distinguishes itself is with a genius spell system. 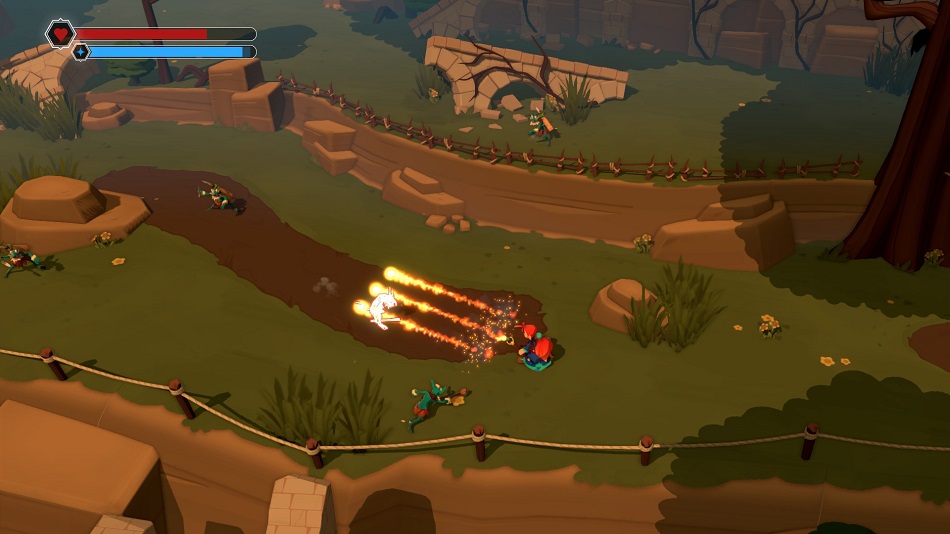 Mapped to three face buttons and one trigger, there are four short-range magic spells — electricity, fire, ice, and a shield. However, the player soon uncovers runes that can be used to customize each one. The fire spell turns into a fireball that can be bounced off walls. The electric attack can be charged and detonated. The shield can be made into a dash. Even later, it’s possible to chain spells together and change their elemental alignment, and players will find that they aren’t used only in combat (although they’re handy at that) but they’re also used to solve puzzles.

This free-form spell modification makes the combat far more engaging than it would be otherwise because I enjoyed thinking about how to mix spells up against different monsters and exploiting their weaknesses. Mystralia even allows for higher-level tactics by offering secret puzzles that require more complex combinations of runes, and a wave-based combat tower to test optimal builds.

Mystralia is satisfyingly complex — any time I was struggling with a boss or scenario, I just needed to re-think my spell layout and their associated runes. My favorite side challenge? I had to use my shield to create a duplicate of myself to weigh down four pressure-sensitive pads on a strict timer. After trying and failing to place the replicas at walking speed, I stumbled across the fact that I could link the dash spell so that it triggered the replica at the same time, and then skipped across each pad, dropping replicas as I went.

The game successfully drip-feeds new runes and puzzles right up until the final boss, so there was always something new to find, and something new to do. I finished the campaign with just 69% of everything revealed, so the completionists out there won’t run out of content quickly.

Mages of Mystralia is a pretty, polished experience bolstered by an excellent spin on combat. The world is bright and cheerful, the exploration of the land is rewarding, and the spell system is great. Chalk up another success story for the Canadian Media Fund and one for Borealys Games. Rating: 7.5 out of 10

Parents: According to the ESRB, this game is rated E10+ and contains Fantasy Violence. The title is lighthearted and cartoonish, when the character encounters human enemies they are knocked out and not killed, and the game goes out of its way to remain accessible to all ages.

Deaf & Hard of Hearing Gamers: There are subtitles for everything, and all tutorials are fully relayed. Damage and attacks are visually signposted. It’s fully accessible.

He can be found on twitter, where he welcomes screenshots of Dreamcast games and talk about Mindjack, just don’t mention that one time he was in Canada.
Latest posts by AJ Small (see all)
Tags: AJ Small Borealys Games Canadian Media Fund indie Mages of Mystralia review Spellcrafting Xbox One
Subscribe
0 Comments
Inline Feedbacks
View all comments