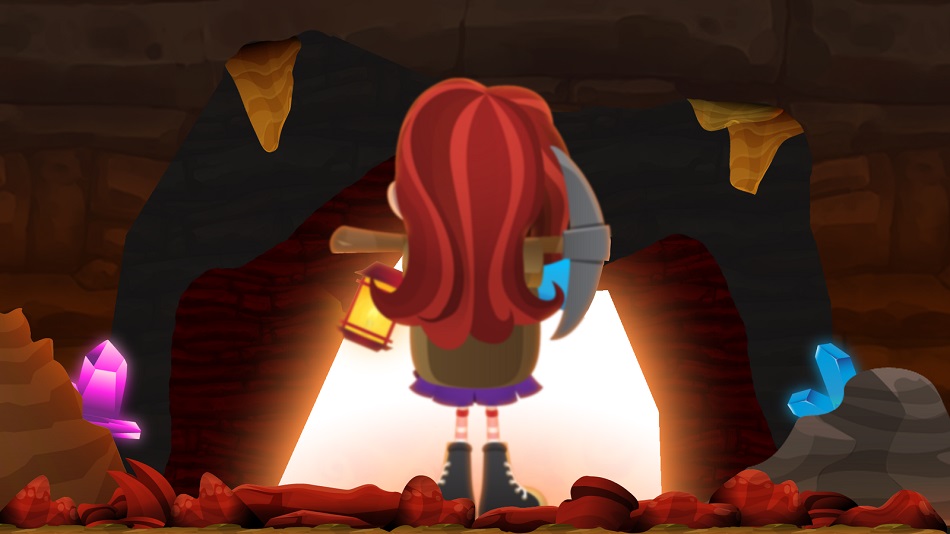 HIGH The gameplay is excellent.

LOW The design decisions around that core.

WTF That storyline felt a bit… much.

Slowly but surely, we are running out of genres to fuse with match-3 mechanics. We’re eventually going to reach peak saturation by 2025 if we haven’t been suffocated by nuclear winds by then, but in the meantime, Lily’s Epic Quest for Lost Gems is the next entry with a twist that comes from fusing the 2D puzzle/exploration of Mr. Driller and Steamworld Dig with the all-too-familiar matching of similar-colored stones.

The game doesn’t waste any time getting to business. With only a perfunctory intro, the player is dropped straight into a tutorial that introduces the protagonist and her grandfather. Grandad is teaching her how to be a miner and how to dig deep – lining up three rocks makes them disappear. Combinations of four, five and six also vanish, but leave behind power-ups that can be used to alter the terrain in specific ways — effects like drilling down five blocks, exploding a set of nine, or altering all the terrain, for example.

Lily’s keeps to this no-nonsense approach by jarringly having the grandfather die after the tutorial, and Lily inheriting a map from him. This map is the basis for her quest, the objective being to progress through the map in search of the titular lost gems. 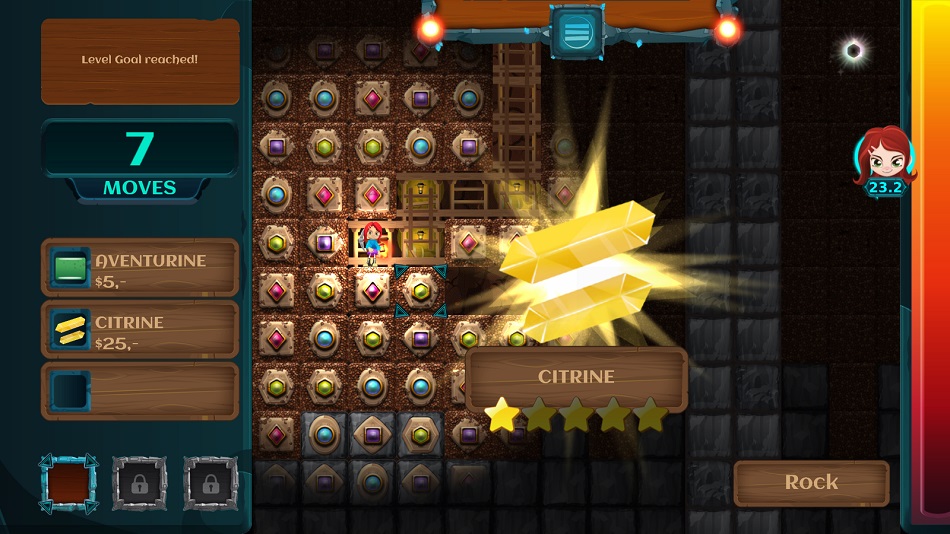 Each map area has new sets of challenges – reach a certain depth, collect a certain number of treasures and so on. During her excavations, Lily will come across new wrinkles like unbreakable/immovable rocks and warps between areas. The devs manage to keep the formula fresh for the most part, and every new thing implemented made me reassess my tactics on how to get further.

While this might sound like standard formula stuff, what distinguishes Lily’s from other match-3 titles is that she has a physical presence in the game. As gaps are created by disappearing blocks, Lily can move into them and create mineshafts allowing her to descend or make lateral movement through the board. This impacts how and where rocks can be moved to, as the mineshaft constructs impede this and also catch falling rocks. It’s a simple addition that is effective at making this title stand out. However, while the core experience is good, everything around the central play loop has not received the same attention. 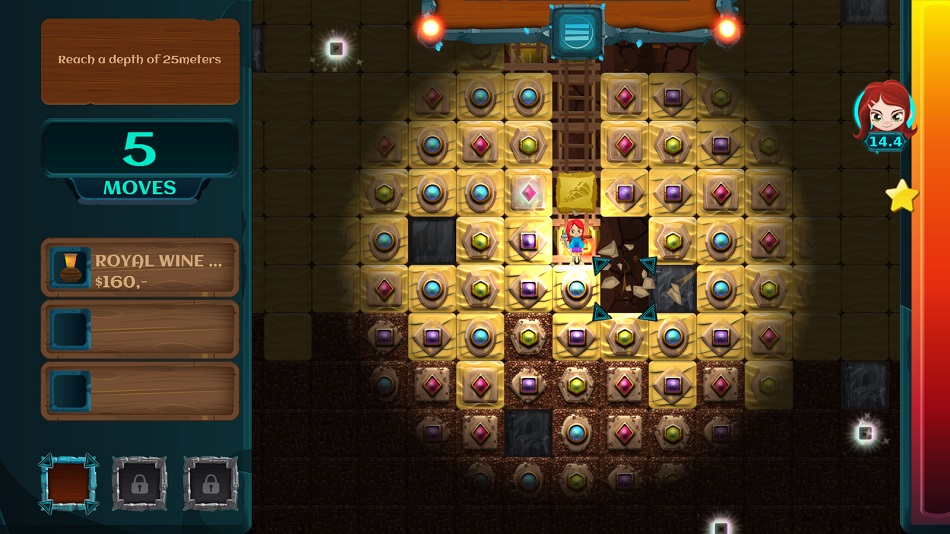 Recently, I watched a show in which one of the characters is tortured by having an inanely chirpy song pumped into his cell. Similarly, Lily’s has an utterly saccharine song that runs throughout all menus and gameplay. It was fine at first, but after four hours of playing I felt trapped by it, and there’s no option to turn it off.

There’s similar skimping when it comes to other aspects. For example, once a rock is selected, there doesn’t appear to be a way to cancel the action, leading to missed moves. Power-ups can only be used one at a time until more slots are unlocked, which feels like a holdover from its former free-to-play days.  Progression also seems similarly hampered — later stages are frustratingly hard without some of the unlocks that require heavy grinding to earn, and it’s possible to play a level for 15-20 minutes before realizing success is untenable. By the fifth area I found myself constantly restarting maps thanks to the randomly generated combinations, making success feeling more like luck than skill — not a good look for any title.

Ultimately, Lily’s Epic Quest for Gems feels like it was built without much consideration for its new home on consoles. While there’s enough here to justify the price of entry, the limited usability and general lack of polish is disappointing. Rating: 6 out of 10

Disclosures: This game is developed and published by Studio Craft Development. It is currently available on XBO, PC, Mac, Android and iPhone. This copy of the game was obtained via publisher and reviewed on the XBO. Approximately 5 hours of play were devoted to the single-player mode, and the game was not completed.

Parents: According to the ESRB, this game is rated E and there are no descriptors. There isn’t much here that could be upsetting, but the sudden death of the grandfather was jarring and very young players may find this upsetting.

Deaf & Hard of Hearing Gamers: The game is fully playable without sound.Text is very limited throughout this game, and it cannot be resized. It is fully accessible. 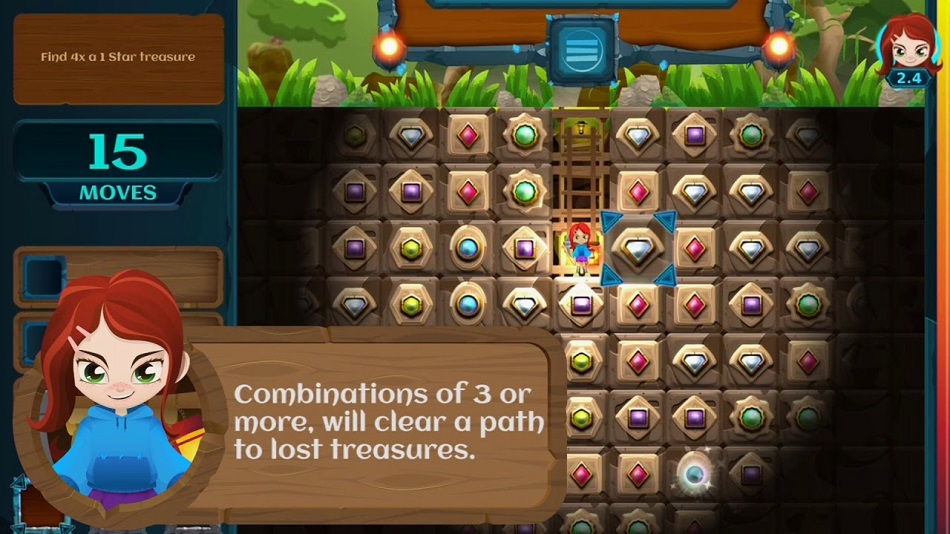 He can be found on twitter, where he welcomes screenshots of Dreamcast games and talk about Mindjack, just don’t mention that one time he was in Canada.
Latest posts by AJ Small (see all)
Tags: AJ Small lily's epic quest for gems review Studio Craft Development Xbox One
Subscribe
0 Comments
Inline Feedbacks
View all comments