Running Out Of Gas, But Never Out Of Class 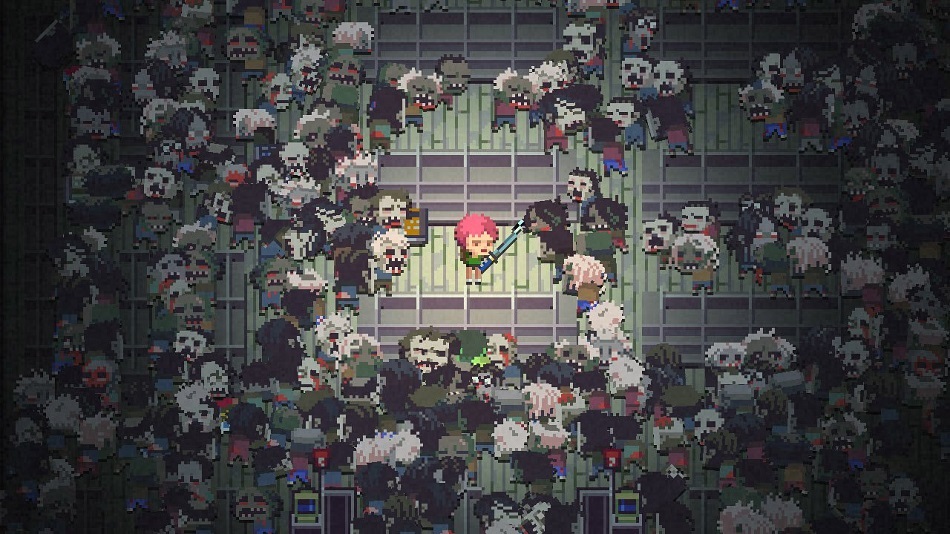 LOW The parting words of a beloved friend.

When I told a friend I was reviewing Death Road to Canada and liking it, their first reaction was surprise. They had immediately written off the game due to the all-too-common pixel-art style and the fact that it’s a roguelike. Neither aspect inspires the intrigue they once did, and to be honest, I had been quick to judge it before playing as well.

It’s good to be wrong sometimes.

In DRtC, The US has been overrun with zombies and the player is given two randomly generated friends that decide the only safe place is Canada. They jump in their car starting in Florida and head north.

The game is divided between two styles. The first is comprised of text-based scenarios with multiple choices based on what the personalities of the crew are. The choices can range from things like who should fix the car, whether someone should be allowed to join the journey, should supplies be stolen from other survivors, or what area of an abandoned city should be explored. 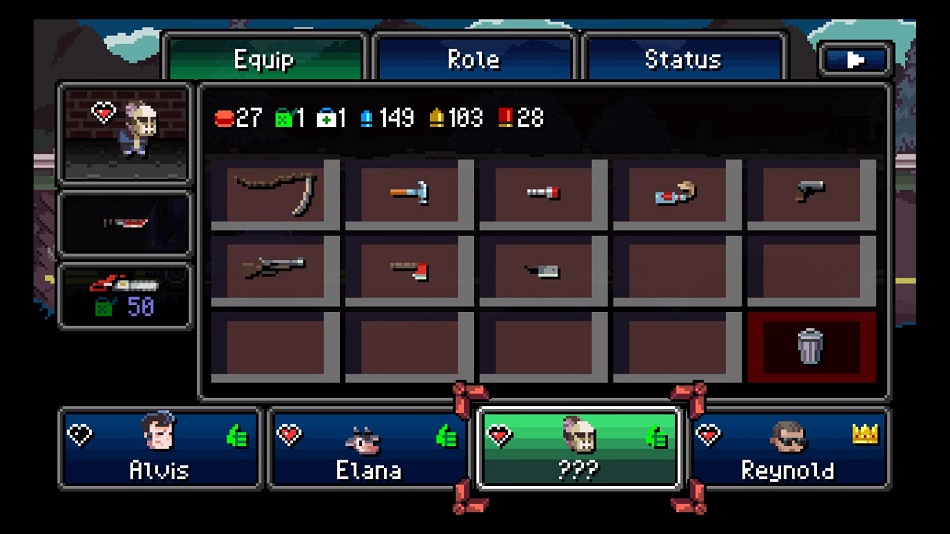 The second style usually occurs after choosing a place to loot. Once a location is selected, DRtC becomes to a top-down, 2D exploration game. Each area is randomly generated, so available resources (food, ammo, medicine, etc.) and how fierce the zombies are is never certain. What is clear, however, is that being quick and efficient is the best way to survive.

The undead that players come across are attracted to the sight and sounds of the living. Understanding how to control crowds and how to manage each team member’s fitness levels is key to scavenging and getting away with the loot. Fail to keep an escape route open and it can be brutal because — as with most roguelikes — death is permanent. The slightly loose controls and iffy collision sometimes left me feeling robbed when I lost a member of the team, but it’s a minor quibble since zombie fiction needs death to feel meaningful.

The crux of Death Road to Canada is balancing the risk/reward loop of knowing when to go for supplies and when to keep on driving, while also trying to keep the car running until the group can reach America’s northern border. However, there’s more to it than killing zombies and robbing pantries. 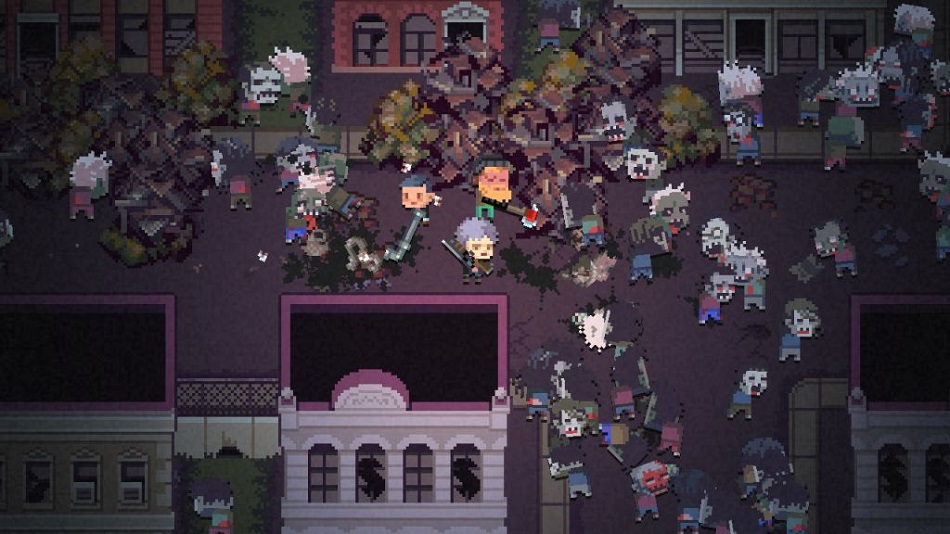 The randomly-generated characters at the beginning are more than cosmetic swaps — each has ten stats including things like Loyalty and Shooting. These tend to affect what choices are available in the text-based sections, and they’re key because a bad choice can reduce a party member’s health or morale. Health is important for obvious reasons, and low morale can cause a team member to leave, or worse, depress the rest of the group.

Even more hooks come in the form of an upgradeable perk system and the ability to customize characters. Perks give special stat bonuses like extra starting weapons or a better car, and can be upgraded by collecting points during a run. As such, every attempt (yes, even the failures) inches players closer to victory as any points collected can be funneled into improving future chances of survival.

The customizable characters allowed for me to make mock-ups of each of my friends and then have them randomly generated as NPCs which can join my team. This added drama and a sentimental attachment to them, especially when hilarious things happened like when one partner’s avatar fended off a gang of bandits by beating them at a flex-off contest, or when my best friend’s stand-in failed to help a screaming old man because their Wits rating was too low, and they didn’t even realize the old man was there!

Death Road to Canada has eaten up all of my free time — my lunch breaks and evenings have been dedicated to playing just a little more and going on just one more run. While I can understand that the pixel-art style may not be eye-catching and not everyone is a fan of the roguelike genre, it’s such a strong experience that I’d recommend people even vaguely interested get past their first impressions and jump in — that car to Canada isn’t going to drive itself. Rating: 8.5 out of 10

Disclosures: This game is developed by Madgarden & Rocketcat Games and published by Ukiyo Publishing. It is currently available on Switch, PS4, PC, iOS, and XBO. This copy of the game was obtained via publisher and reviewed on the Xbox One. Approximately 14 hours of play were devoted to the single-player mode, and the game was completed multiple times. There are no multiplayer modes.

Parents: According to the ESRB, this game is rated T for Violence, Blood and Crude Humor. Despite the game avoiding swear words and generally being upbeat in terms of humor and outlook, the deaths of protagonists can be pretty grim and the game has moments that younger audiences might find scary.

Deaf & Hard of Hearing Gamers: Most of the game is accessible, as the story is almost entirely text based. However, there is a sound effect for when a teammate dies, and if this occurs offscreen, this is not communicated via any visual means. The text is not able to be resized. 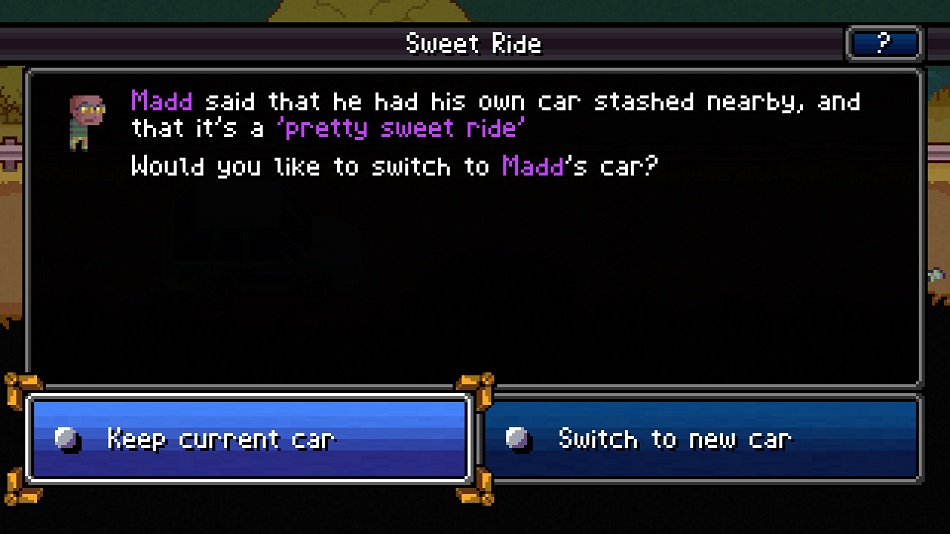 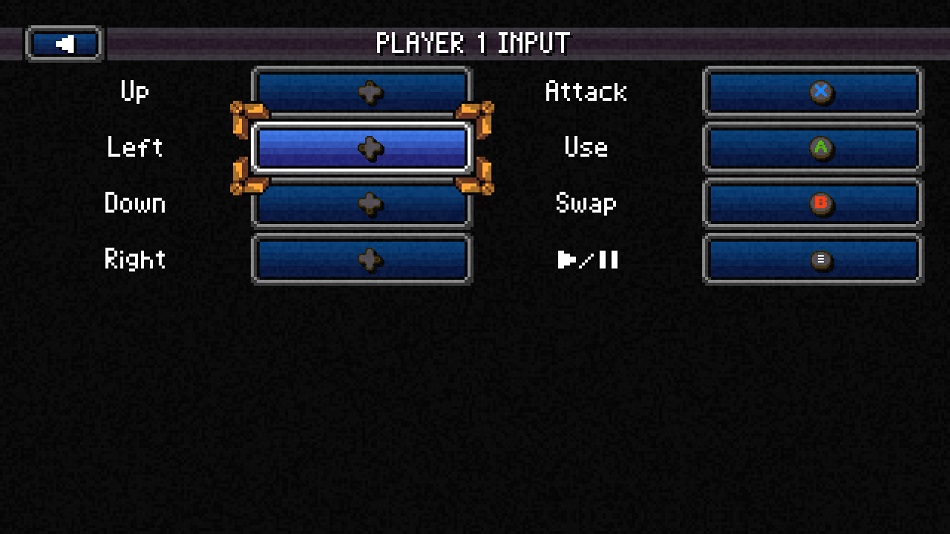 He can be found on twitter, where he welcomes screenshots of Dreamcast games and talk about Mindjack, just don’t mention that one time he was in Canada.
Latest posts by AJ Small (see all)
Tags: AJ Small Death Road to Canada indie Madgarden pixel art review Rocketcat Games Roguelike survival
Subscribe
0 Comments
Inline Feedbacks
View all comments