More Of A Steep Incline, Really 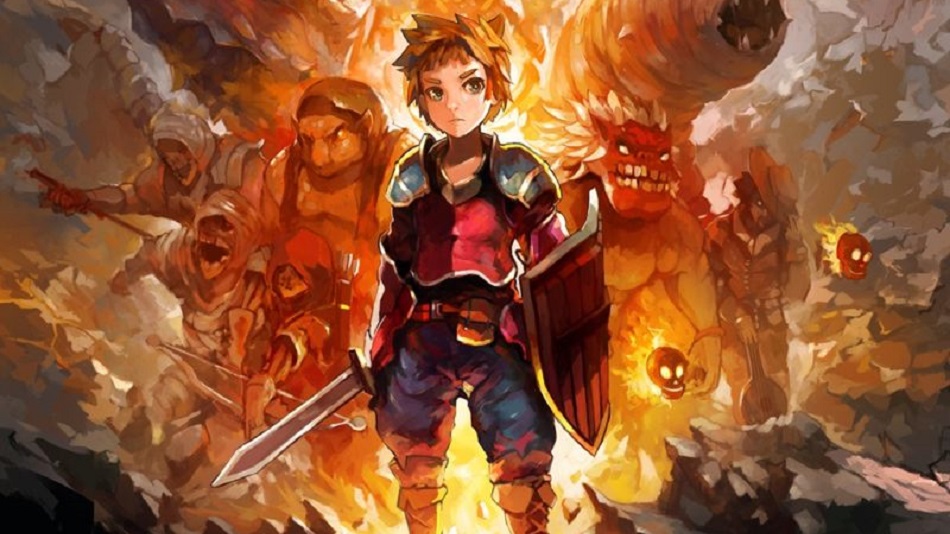 WTF Why hide a clue for a puzzle in a collectible item?

It’s been a stellar year for procedurally-generated games and dungeon crawlers, and titles like Dead Cells and Death Road to Canada have led the way in breathing new life into the roguelike genre, be it through evolution of controls or well-written humor. Honestly, I feel sorry for Chasm being released amidst such stiff competition.

Chasm is a 2D, side-scrolling, procedurally-generated action title whose closest analog is probably Castlevania – close combat and magic are the two main tools in both titles as the player jumps from platform to platform while unlocking areas of the map.

The player takes on the role of a junior officer tasked with investigating an attack on a small mining village. The miners found a group of creatures who’ve dragged almost all the townsfolk underground, so he must investigate and rescue them.

The adventure follows a familiar formula — the mine is divided into distinct color-coded areas with their own set of challenges. As more of the map is unlocked, the hero finds new abilities that allow for revisiting previously blocked-off areas, and he often claims new gear that levels up his attack, defense etc. All levels are capped by a boss that can be tough if a player is unprepared, but fortunately, Chasm has a levelling system that allows anyone struggling to grind and accrue healing items to ameliorate the situation. 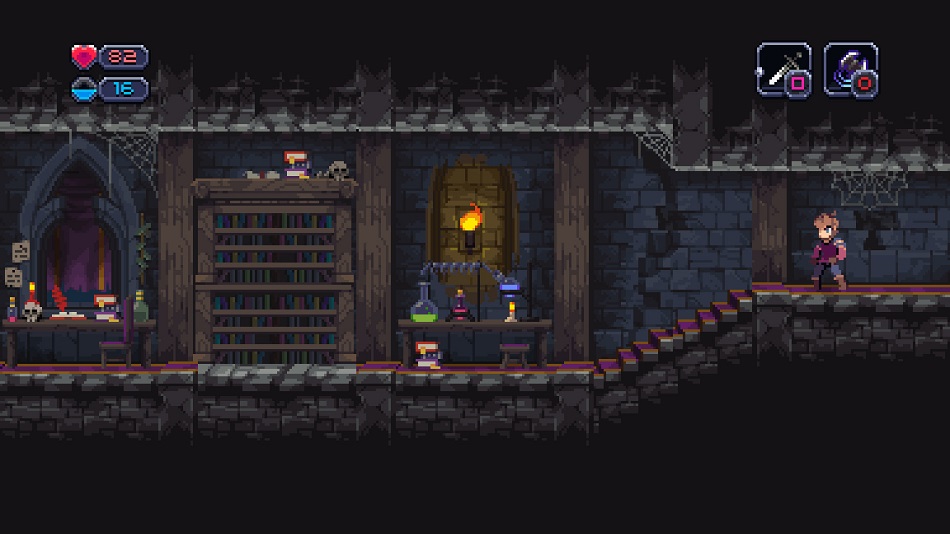 Everything about Chasm‘s execution is excellent. The main character’s animation is clean, the controls and combat are extremely tight (with one glaring exception), the monsters are varied in design, and there’s delight in finding new areas and seeing what fresh grotesques will appear. That said, the opening sections are straightforward and not particularly challenging, and by the end of the adventure I had a raft of new abilities granting powers like wall-sliding, double-jumping and gliding.

If all of this sounds standard for a metroidvania, that’s because it is — Chasm is solid, but nothing in it stands out. Sadly, its most distinguishing feature — procedurally-generated levels — is also its most detrimental.

I think the intent of the procedural aspect was to give Chasm replayability and an ‘all playthroughs will be different’ feel. However, the lack of authorship means that the tunnels and corridors that connect the pre-constructed boss and puzzle rooms feel bolted-on thanks to enemy spawns and traversal that don’t feel meaningful. 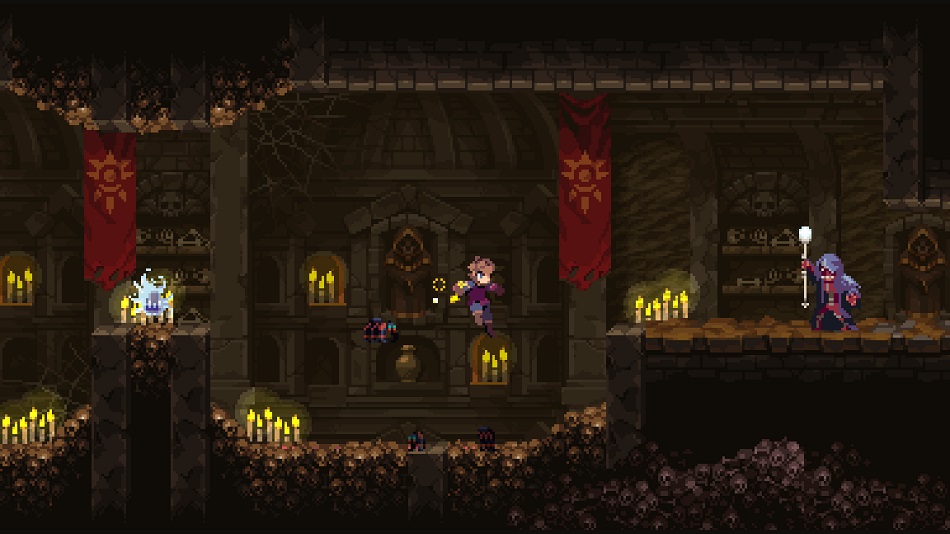 The randomized levels also mean that the developers weren’t able to get creative with the early abilities — most notably, the slide and swimming aren’t utilized outside of the specific points when they’re required. In the late game, once it was guaranteed that I had the right abilities, the level design got more interesting. Sadly, there’s a huge gap in the middle of the campaign where the devs couldn’t be sure of what abilities the player had, and as such, that stretch doesn’t adequately prepare the player for the difficulty of Chasm‘s later areas.

Backtracking is also made worse by the procedural generation. In a fully authored dungeon, it would be easier to signpost points of interest that players should revisit at a later time. Chasm tries to solve this problem by highlighting them in blue and allowing players to manually mark areas, but I still found myself endlessly backtracking through mobs while trying to figure out which McGuffin-shaped barrier was meant for any particular McGuffin. This trudge was punctuated by an utterly hideous final boss with attack patterns that felt cheap and unfair.

In another year with less competition, I would have given Chasm a higher score because it’s a mechanically strong, if often frustrating addition to the metroidvania genre. The thing is, it’s 2018 and there are better examples out there right now that make it hard for me to ignore the chasm-sized flaws in its design. Rating: 6.5 out of 10

Disclosures: This game is developed and published by Bit Kid, Inc. It is currently available on PS4, PS Vita, PC, Linux, Mac, Switch, and XBO. This copy of the game was obtained via publisher and reviewed on the XBO. Approximately 11 hours of play were devoted to the single-player mode, and the game was completed. There are no multiplayer modes.

Parents: According to the ESRB, this game is rated Teen and contains Fantasy Violence, Mild Blood, and Alcohol Reference. The game is very light in terms of violence, some of the later creatures are macabre (leech-type, crawling cadavers) but nothing I would view of being unsuitable for kids younger than teens.

Deaf & Hard of Hearing Gamers: All story and general information is supplied in text form, and the game is fully playable without sound. The text cannot be resized. It’s fully accessible. 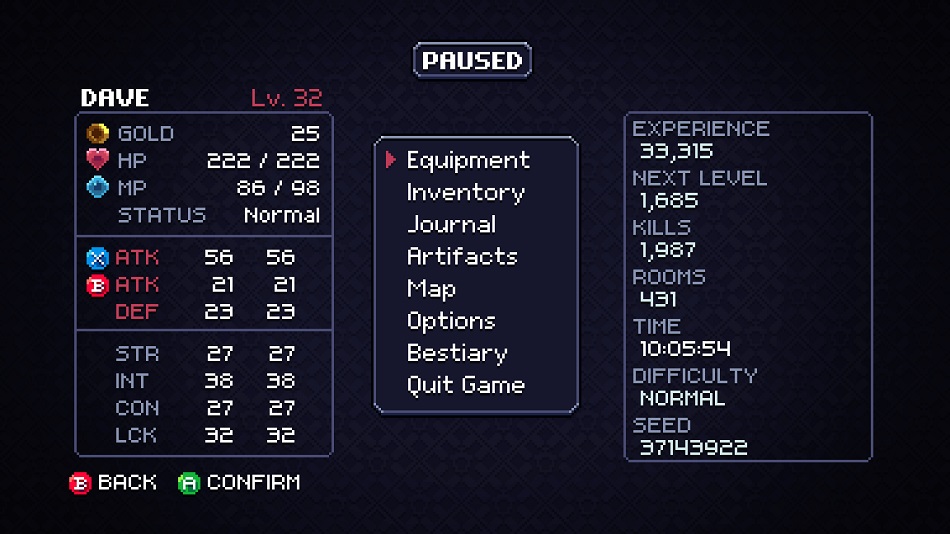 Remappable Controls: No, this game’s controls are not remappable. There is no control diagram. The Right Stick or the D-Pad is used to move the character, the X button is used for attacking, the B button is used for magic attacks, the A button jumps, the Y button does a back dash and the LB and RB cycles through available magic attacks.

He can be found on twitter, where he welcomes screenshots of Dreamcast games and talk about Mindjack, just don’t mention that one time he was in Canada.
Latest posts by AJ Small (see all)
Tags: AJ Small Bit Kid Chasm indie Platformer Roguelike Xbox One
Subscribe
0 Comments
Inline Feedbacks
View all comments