Punching Above Its Weight 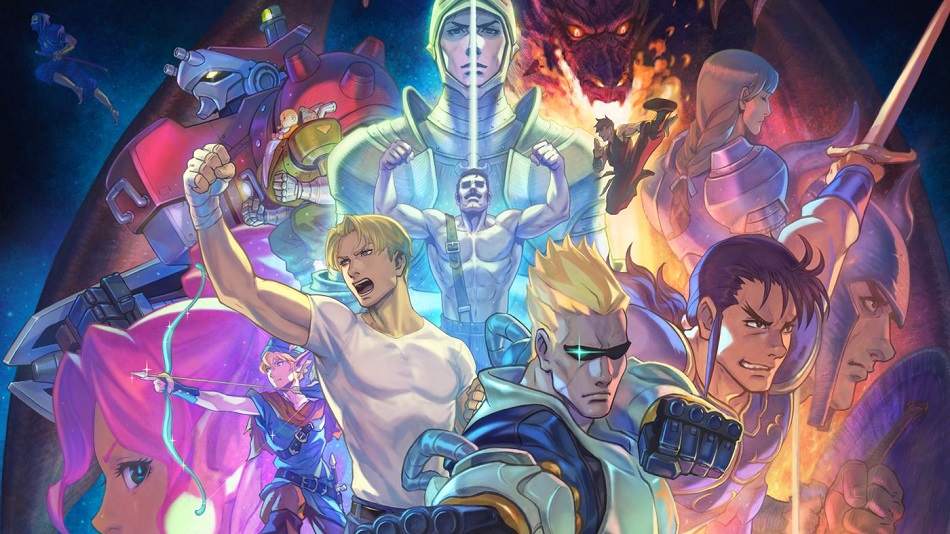 LOW The online experience for some of the titles.

The Capcom Beat ‘Em Up Bundle is a collection of seven side-scrolling arcade-style brawlers taken from the dev’s libraries from 1989 to 1997. The titles are, in chronological order: Final Fight, King of Dragons, Captain Commando, Knights of the Round, Warriors of Fate, Armored Warriors, and Battle Circuit.

All of them are presented with both English and Japanese versions, offline and online play, a raft of design documents and supporting art, the ability to alter the difficulty and number of lives, and all the games come with different wallpapers to fill out the screen as the games keep their original arcade formatting.

For fans of Final Fight, this is not the definitive version available. That honor goes to the X360/PS3 versions of Final Fight: Double Impact. This Bundle version is packed with extra artwork, but is missing ways to emulate different styles of monitor,  the in-game challenges, and it doesn’t seem to be using the GGPO middleware for the online. For those not familiar with it, the player picks one of three fighters, each with their own strengths and weaknesses — Cody (the all-rounder), Guy (faster but weaker) and Haggar (a tank but slower). After selection, it’s all about punching, kicking and grappling through each 2D side-scrolling left-to-right stage using a myriad of weapons to take on increasing numbers of enemies and big bosses at the end of each level. 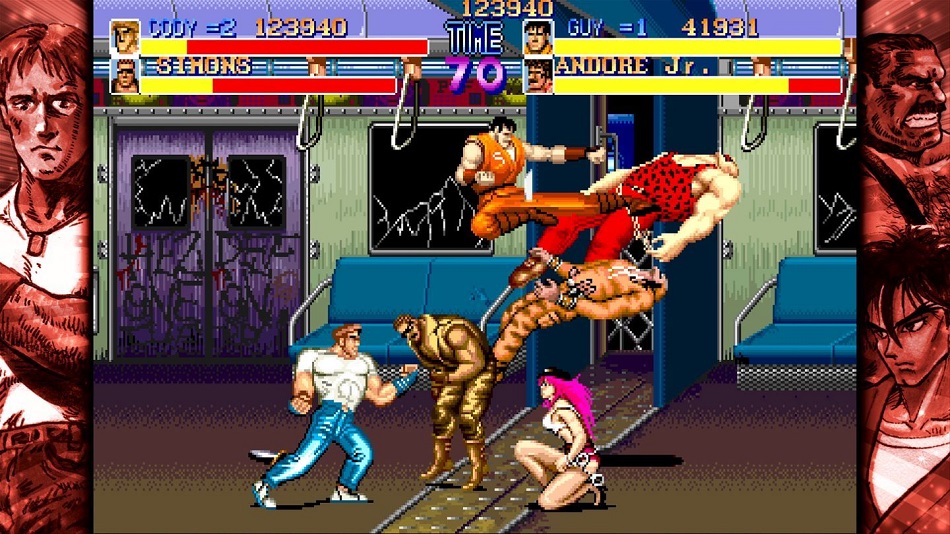 (Also, it is important to note that Final Fight is not as good as Streets of Rage. It had to be said.)

So, while Final Fight is probably the most well-known of the bunch, the real draw of this collection are the other six titles, some of which haven’t been legitimately released since arcades, and each one has something that adds onto the basic Final Fight template in different and interesting ways.

The King of Dragons offers a Dungeons & Dragons flavor to combat with mages, warriors and archers in the roster of five. There’s a leveling system, a limited block feature with shields for certain characters, and a desperation move that causes more damage at the cost of health. Capcom would later iterate and improve on this in their licensed D&D titlesTower of Doom and Shadow over Mystara. It’s probably the weakest of the titles here with a lot of palette-swapped enemies and weak level design thanks to some sections feeling too narrow to navigate with multiple players at the same time. The bosses — although good to look at — have predictable patterns, and are often easier to beat than the mobs.

Captain Commando holds a special place in my heart as the game that swallowed up most of my change back in 1991. It has a distinct roster of 4 ‘commandos’ with big bulky sprites that look the part. It was a delight to go through the backstory and find out that Captain Commando himself was a mascot in the US for many years. The characters are all well-animated, there are bulky mechs to commandeer, and a collection of melee and ranged weapons to pick up. There’s still a palette-swap problem, but because each level feels distinct, it was still enjoyable to return to it after so many years.

Knights of the Round is probably the biggest surprise included. Based very loosely on Arthurian lore, it follows Percival, Lancelot and Arthur as they wage battle on evil knights and samurai. I was put off by its price on SNES, and didn’t understand the flow of the game when it was in the Arcades — there’s a leveling system that feels largely irrelevant and more like an incentive for players to screw each other over for points. What is interesting is that players have a basic parry system. Timing an attack while pressing back at the same time an enemy strikes will grant a brief moment of invincibility to wail on opponents, and this can be used on bosses too. 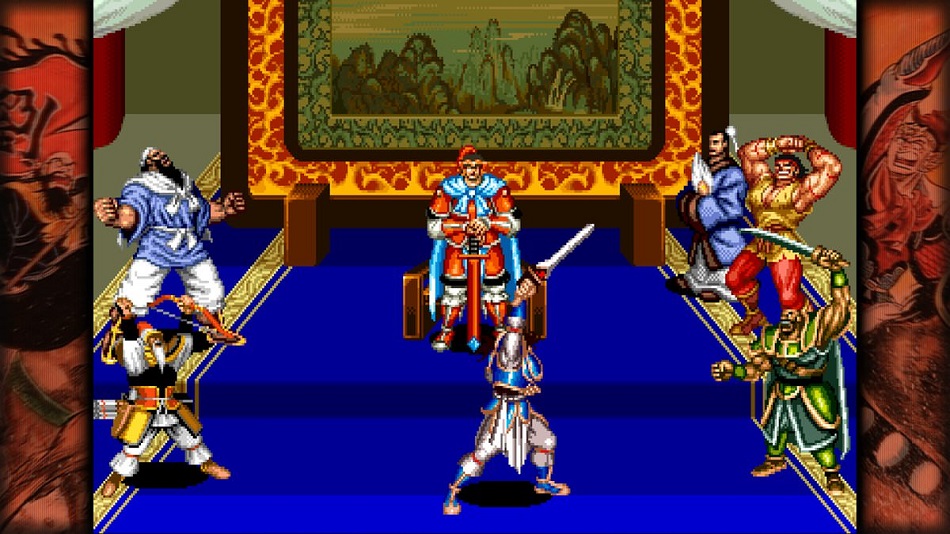 Warriors of Fate was a big draw for me. The English language version mangles it, but it’s clear from the visuals that this title is based on the Romance of the Three Kingdoms saga and predates the Dynasty Warriors franchise. The characters are big, chunky and bold, and imbued with a personality taken from a manga published at the time. Each of the fighters feel quite similar in terms of fighting, but the way that the levels twist and turn and the use of foreground items give it more depth.

Armored Warriors is the standout of the pack as it presents a very different vision for the genre. Each player controls a building-sized mech taking up a huge amount of screen real estate. As well as punching and grappling, each mech has a limited amount of ammo and the ability to rip off arms, weapons, and legs of enemies and using them instead of their own. There are also stand-offs where robots combine and become indestructible for a brief period. It was like the devs looked at Cyborg Justice on the Megadrive, took all the good ideas, and improved on them. The pacing is much more akin to something found on a home console, including in-game interludes where enemies duke it out verbally before punching each other into spare parts.

Battle Circuit sees Capcom at the end of an era and at the top of their game. Although the fighting isn’t particularly noteworthy at first, the visuals are vibrant and each area feels distinct and inventive. Each of the characters can be leveled up with new moves, and there’s a ton of interactivity between them when desperation moves are used in unison. This entry has never been available legally on any platform outside the arcades, so it’s almost worth the price of the Bundle just to have this. 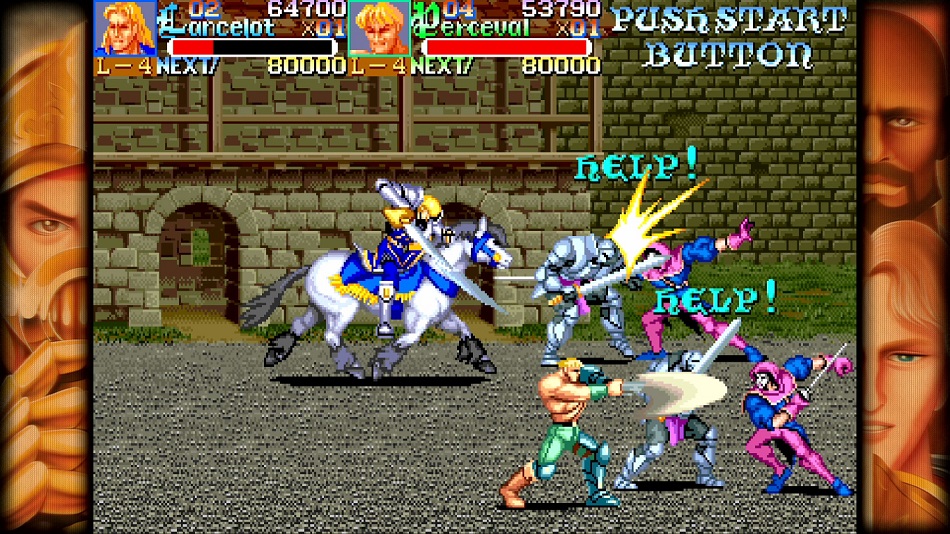 In offline mode, all seven games appear to be arcade-perfect, with no frames dropped and no irritating flicker like the kind found on early home console ports. Unfortunately, the online co-op isn’t as flawless — unsurprising, as these games were never built with online in mind. The connections were stable and the games were all basically playable but there was noticeable input delay that could mess with some of the requirements for precise input.

The only other issue worth mentioning is that since there are no quarters being dropped into a machine to play these, it’s a simple matter for anyone to brute force their way to the end, and once that’s done, there’s no incentive to go back. This lack of replayability is common to arcade titles at the time since they were designed to extract as much money as possible from players — the nuanced, deeper design one might expect didn’t start becoming common until home consoles established a strong foothold.

The Capcom Beat ‘Em Up Bundle is a great collection of famous (and not-so-famous) games from what I would consider to be a golden age for the publisher, and despite their age and simple designs, there’s still some fight left in these old dogs. Rating: 8 out of 10

Parents: According to the ESRB, this game is rated Teen. The games do include cartoon violence with Captain Commando leaning into more macabre bloodless limb severing or bodies being disintegrated. Nothing is overtly disturbing but some parents may want to keep their young kids away from them.

Deaf & Hard of Hearing Gamers: The game is fully playable without sound. The text is not adjustable. All dialogue is delivered via subtitles, although there is very little of it, and the fonts vary from game to game. Overall, this content is completely accessible. 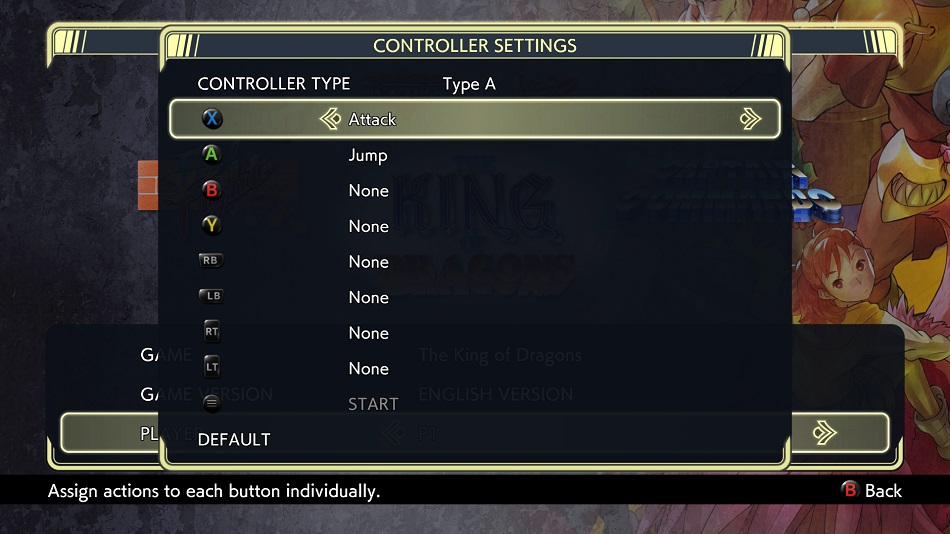 He can be found on twitter, where he welcomes screenshots of Dreamcast games and talk about Mindjack, just don’t mention that one time he was in Canada.
Latest posts by AJ Small (see all)
Tags: AJ Small Beat 'Em Up Bundle Capcom retro review Side-Scrollers Xbox One
Subscribe
0 Comments
Inline Feedbacks
View all comments