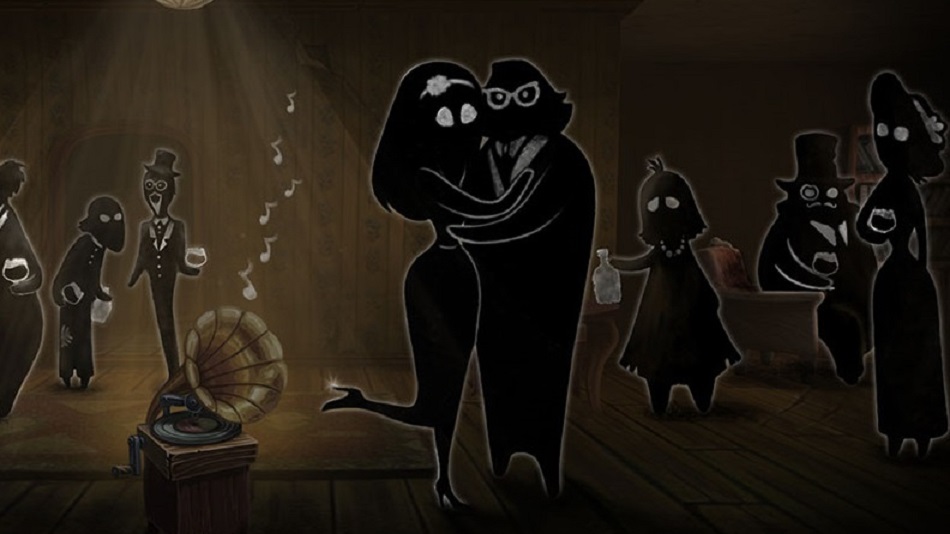 HIGH I am a terrible person

WTF Why do I have to make these choices?

Mike Suskie wrote two very good reviews about Warm Lamp Games’ title Beholder and its subsequent DLC Blissful Sleep. Now, for those that haven’t played it, the devs have put both into one convenient package.

The game is based around two caretakers looking after an apartment block, this task given to them by a shadowy totalitarian government from the eastern bloc. The main campaign concerns Carl, a family man pumped so full of drugs so that he never sleeps. He’s handed orders from the government which he can choose to follow, or ignore at a cost. The second caretaker in the DLC is Hector, a man mistakenly marked for euthanasia by bureaucratic error, which results in him attempting to avoid termination.

Beholder features a 2.5D representation of a building with several floors of apartments. Many start off uninhabited, but can be filled with occupants by performing certain tasks. Some of these chores are requests from the tenants, but others will be orders by the government to spy on the wards and report any indiscretions, like smoking or listening to music. What unfolds can be exhausting as the protagonist tries to ingratiate himself with the clientele while making the choice whether to stab them in the back (sometimes literally) or to make personal sacrifices in order to avoid doing so. Essentially the decision is between screwing these nice tenants over or letting Carl’s family starve and suffer. 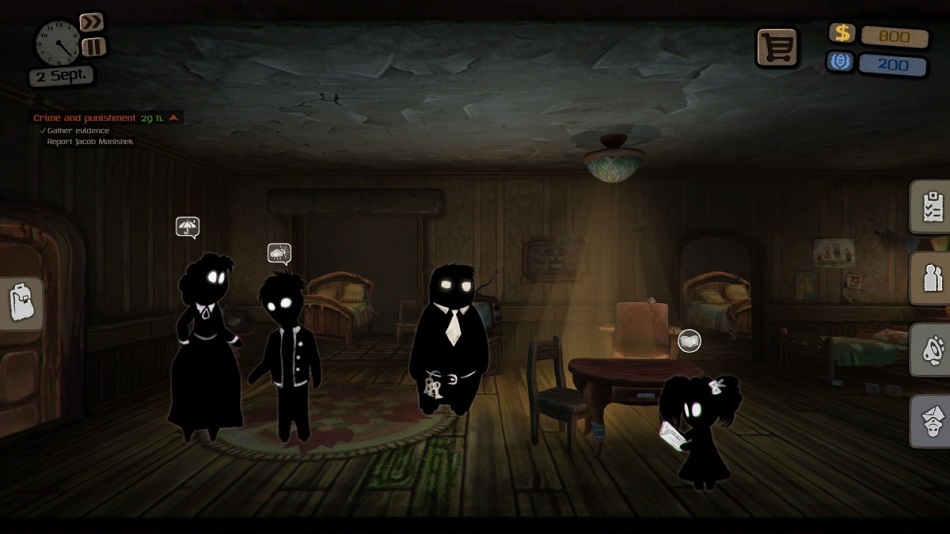 Having lived in Poland for the last year, it’s easy to see where Beholder gets a lot of its humor. The game is almost malicious in its determination to make me feel bad about the choices I was making, and this feeds into the pitch-dark wit that Eastern Europe prides itself on — a kind of humor that can be disconcerting for people brought up in sunnier climes.

An early example has the simpering Carl saying nice things to one person in the hopes of getting them to lend him books so that his son can study, while also quietly recording that person’s every movement to get dirt on them. The tone of Carl’s writing is upbeat and cheerful and yet, as the player, I knew I had installed cameras in the person’s home to watch everything they were doing.

Mike talked about his sympathies with the two caretakers and how he was more into the main character than the DLC’s Hector, but my takeaway was quite different. In my view, Carl takes to being a terrible person very quickly, while having little connection with his family. His attitude suggests a person fluent in toeing the company line and making everyone’s life worse. He was a character that I loved to hate. The plight of Hector, the second caretaker, explains his actions. He’s bad because he’s been wronged by the system, and self-absorbed because he realizes the system is only interested in itself. All the same, it was the tenants of the building who I sympathized with the most — these are largely people just struggling to survive while the mechanisms of society grinds them down.

Mike had some complaints about the localization, incorrect pronouns leading to failing certain objectives, and so on. Having played through the game after some time has gone by, I didn’t notice anything as glaring as the previous iterations. It seems some additional work has gone into the translations and the game is better for it. Between those improvements and two intriguing plots worth following, this is certainly the definitive version of Beholder. Rating: 7 out of 10

Disclosures: This game is developed by Warm Lamp Games and published by Curve Digital. It is currently available on PS4, PC, and Xbox One. This copy of the game was obtained via publisher and reviewed on the XBO. Approximately 6 hours of play were devoted to the single-player mode, and the game was completed. There are no multiplayer modes.

Parents: According to the ESRB, this game is rated T and contains Violence, Blood, Drug Reference, Mild Language, Use of Alcohol and Tobacco. Although the title is cartoony in portrayal, the themes are disturbing and might upset younger audiences.

Deaf & Hard of Hearing Gamers: The game is playable without sound as all dialogue is text based and all cues are indicated visually. It’s fully accessible. 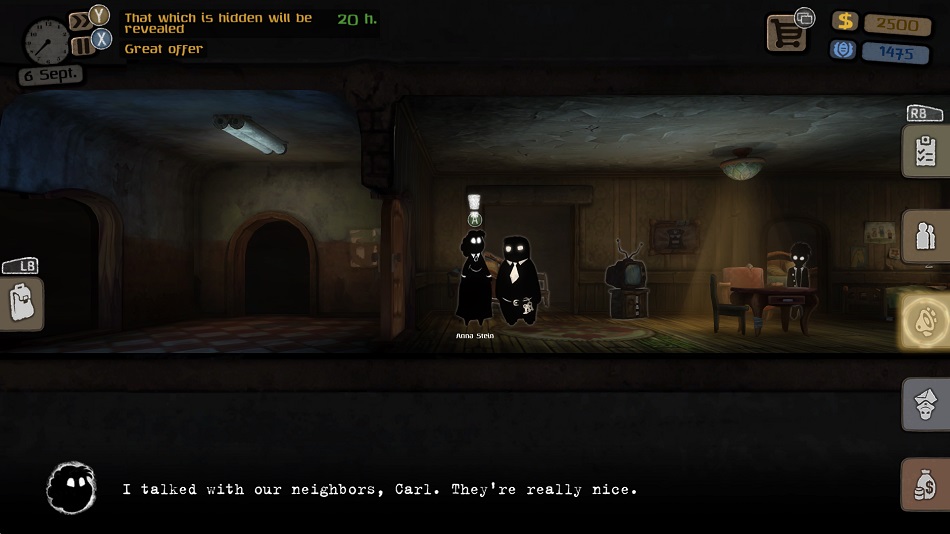 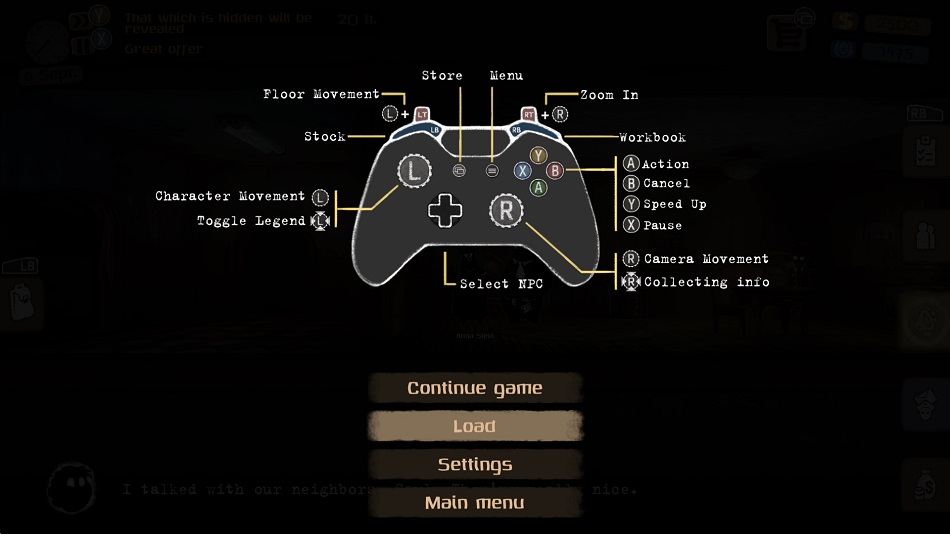 He can be found on twitter, where he welcomes screenshots of Dreamcast games and talk about Mindjack, just don’t mention that one time he was in Canada.
Latest posts by AJ Small (see all)
Tags: AJ Small Beholder Complete Edition Curve Digital indie review Warm Lamp Games Xbox One
Subscribe
0 Comments
Inline Feedbacks
View all comments